2-Minute Tutorial: How to Setup A Virtual Set on TriCaster

In this 2-minute tutorial, Don Ballance shows you how to very quickly set up a virtual environment (TriCaster LiveSet) inside of a Mix/Effects (M/E) bus using TriCaster Advanced Edition with NDI.  Current TriCasters models come with either four or eight multiple M/E buses, where we setup our virtual sets. Each M/E can house a different virtual set or a different camera angle of a specific virtual set.

After selecting the M/E to use for our LiveSet from the row of M/E tabs as in the image above,  mouse over the M/E Preview display at the right of the section and click on the “+” that appears.

This brings up the Media Browser, which displays the available virtual sets and preset camera angles, among other content.

Find the virtual set that you like and select the camera angle you wish to use for that set in that M/E.  The preset will load and you are ready to go.

The first example in the video is a two-layer LiveSet, and we set up the layers as seen in the UI image below; the first layer is for the talent, which we bring in using Input 2, and we bring in DDR 1 for layer B, which  populates the virtual monitor in the set.

In the video, we see that several M/Es applied to do the virtual camera work for this set:

So the TriCaster Advanced Edition virtual sets have the ability to have multiple camera angles, multiple layers, and virtual camera moves that give you much higher production values when you are creating your shows.

We hope you like this video, and if you have suggestions for other topics you would like covered in a 2-Minute Tutorial, please send us a message. We’ll see you next time. 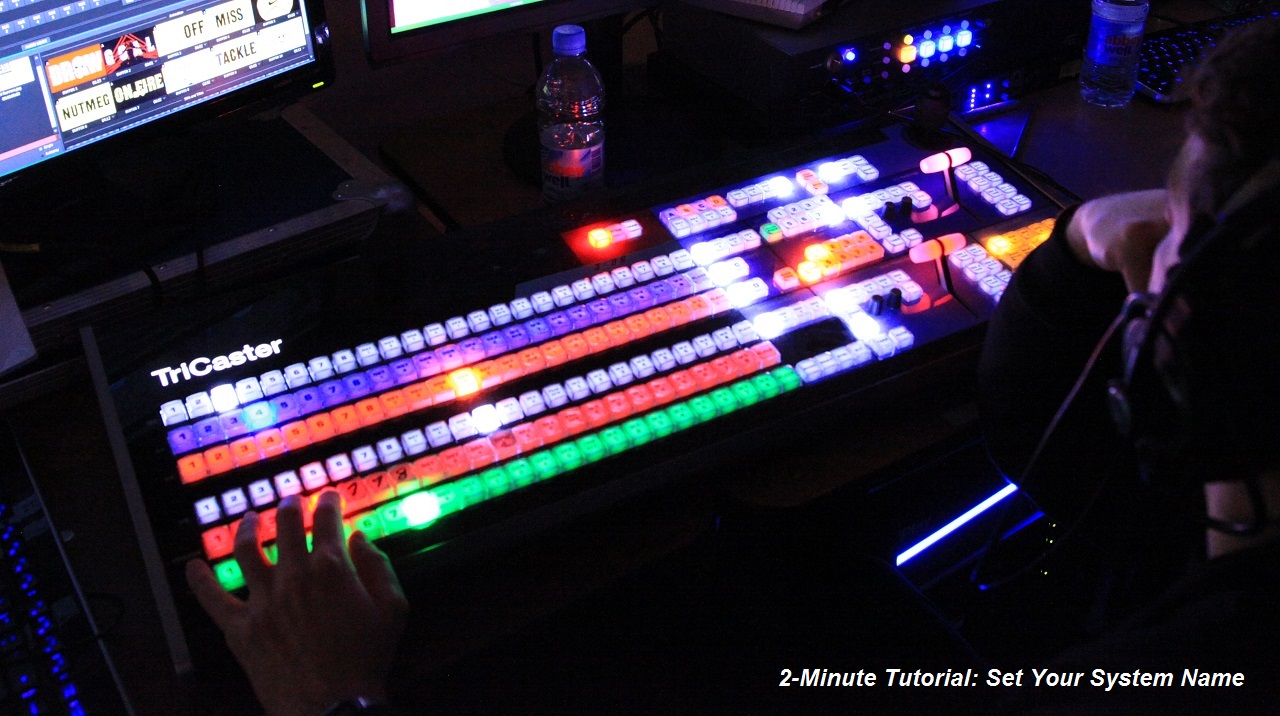 2-Minute Tutorial: How to Set Your System Name on TriCaster 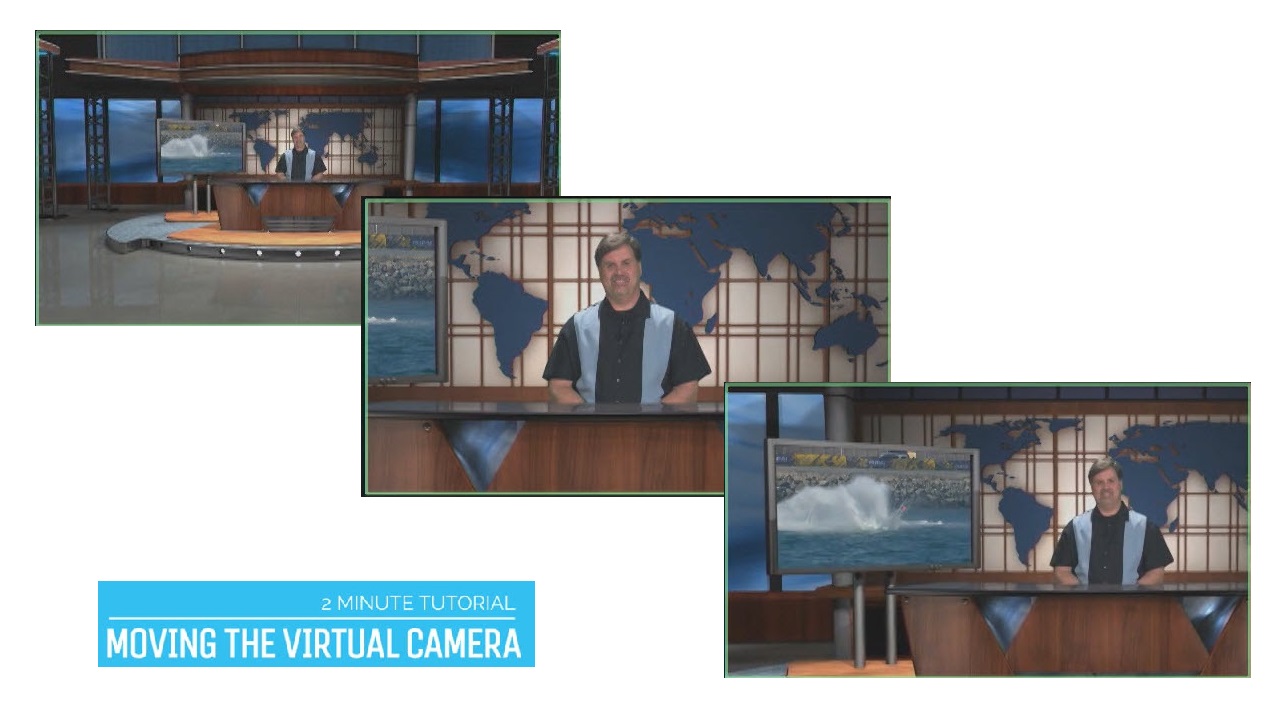 2-Minute Tutorial: How to Move a Virtual Camera in TriCaster Virtual Sets