The scope of differing equipment and applications that have adopted NDI® is breathtaking. Everything from media storage servers to real-time graphics production systems to Microsoft’s ubiquitous calling system, Skype, is including NewTek’s bi-directional technology for IP transport of video, audio, metadata and communications. There are now hundreds of products in the hands of millions of users that include NDI, making it by far the leading standard for video over IP for production.

At the  recent InfoComm 2018 tradeshow, NewTek staff had a chance to get around the show floor and visit with some of the many vendors that have integrated NDI into their products. Here is a small sampling in pictures. 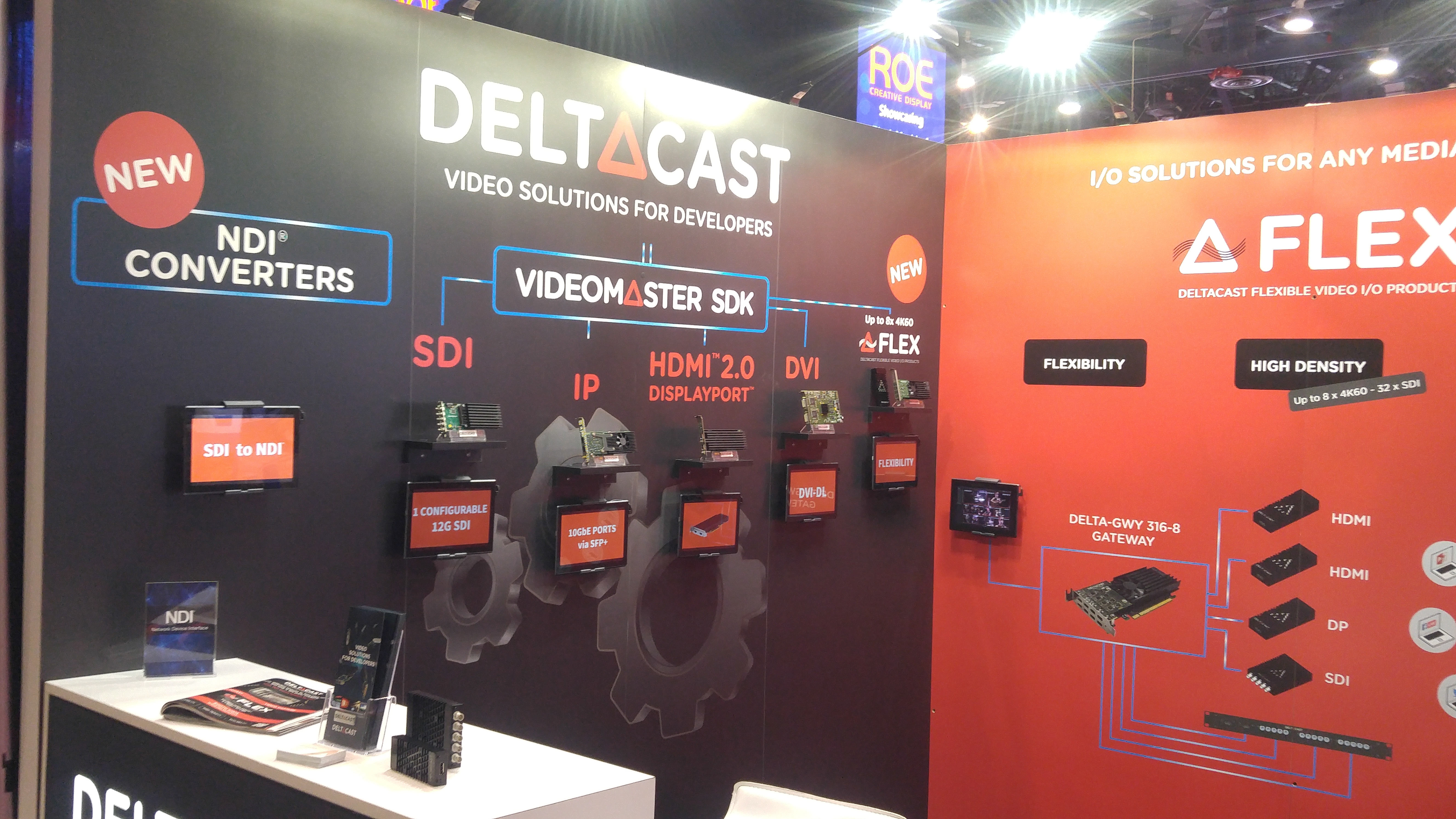 Deltacast equips their line of video display and I/O cards for developers with NDI support, empowering their customers with IP workflow right out of the box. 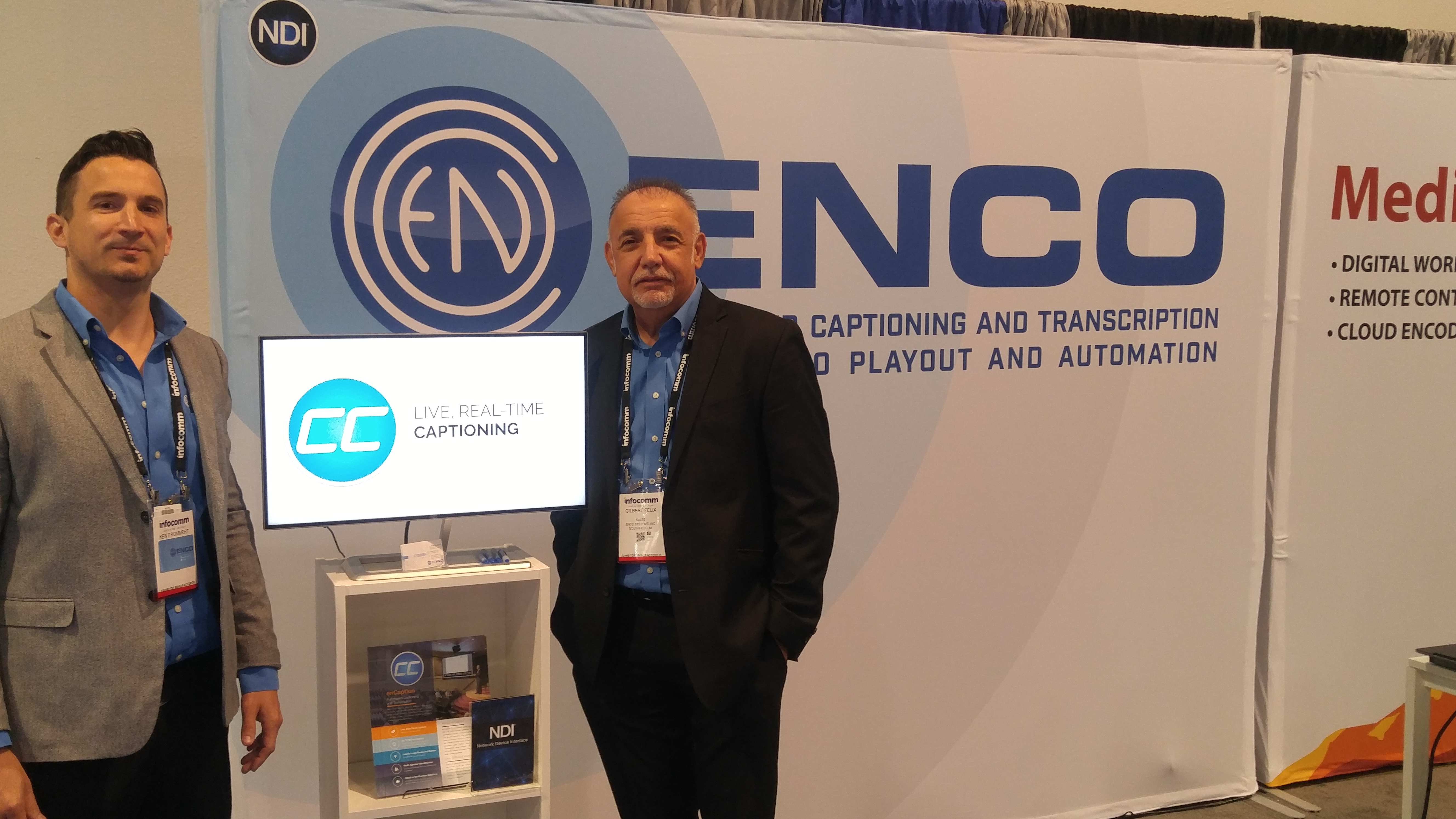 Enco’s open and closed captioning solution, EnCaption, is NDI-enabled, able to be engaged over the network by NDI-aware live production systems. 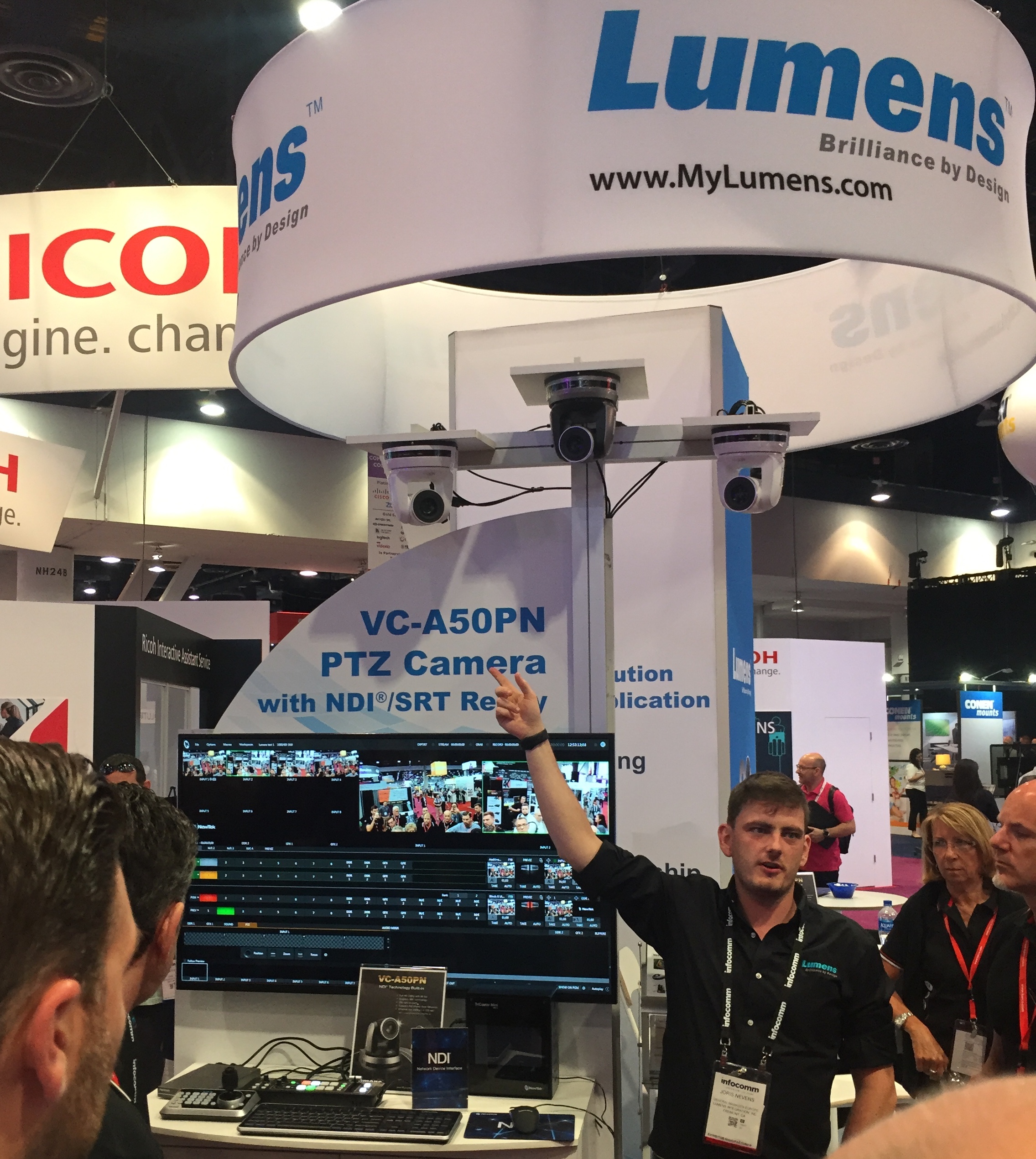 Lumens is a popular camera maker that value-adds their VC-A50PN PTZ camera with NDI support. 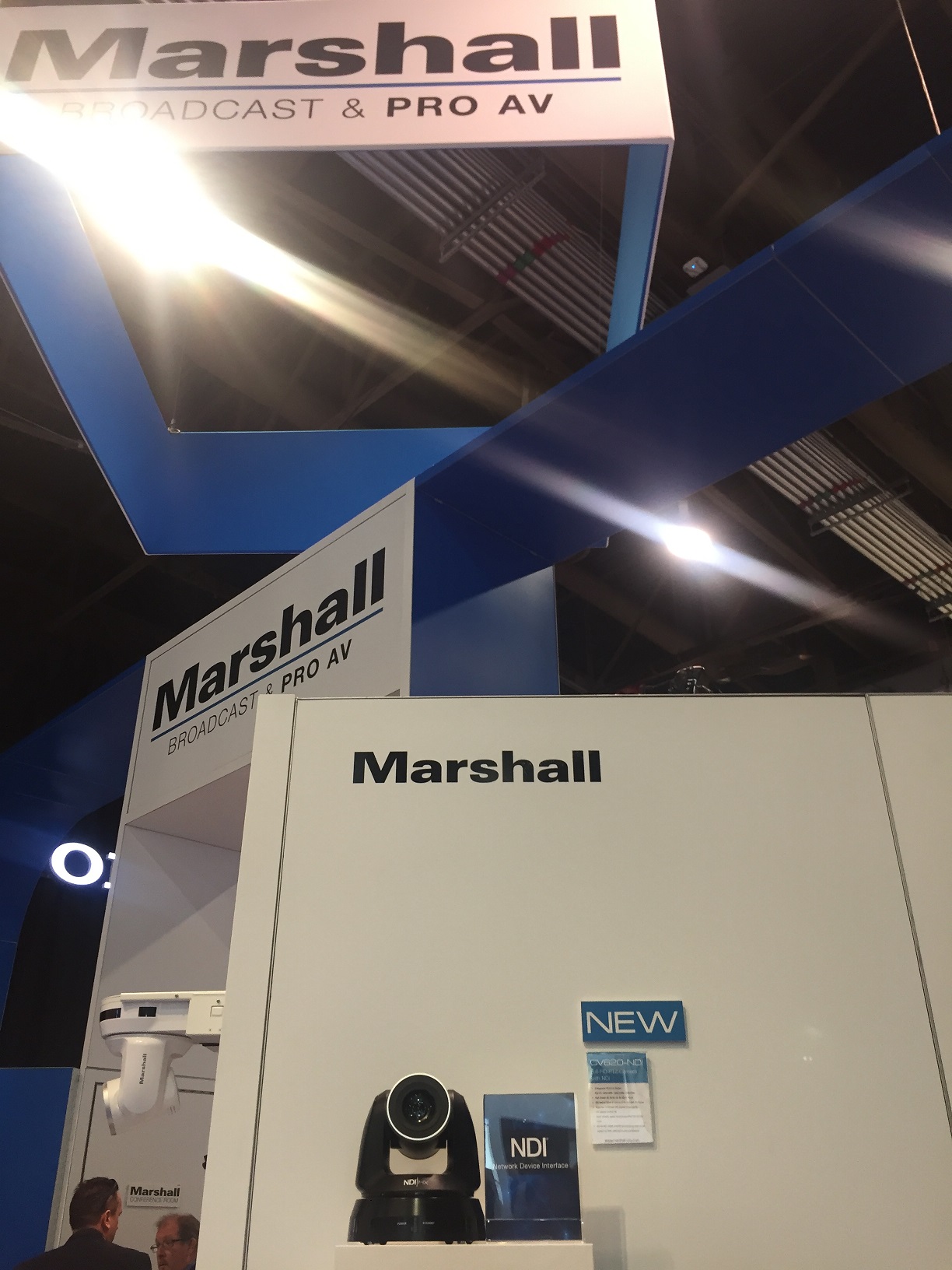 Marshall Broadcast and Pro AV has introduced a line of cameras to its array of electronics for live performance and production, and the CV-620NDI is their HD PTZ camera with PoE capability for single-cable operation. 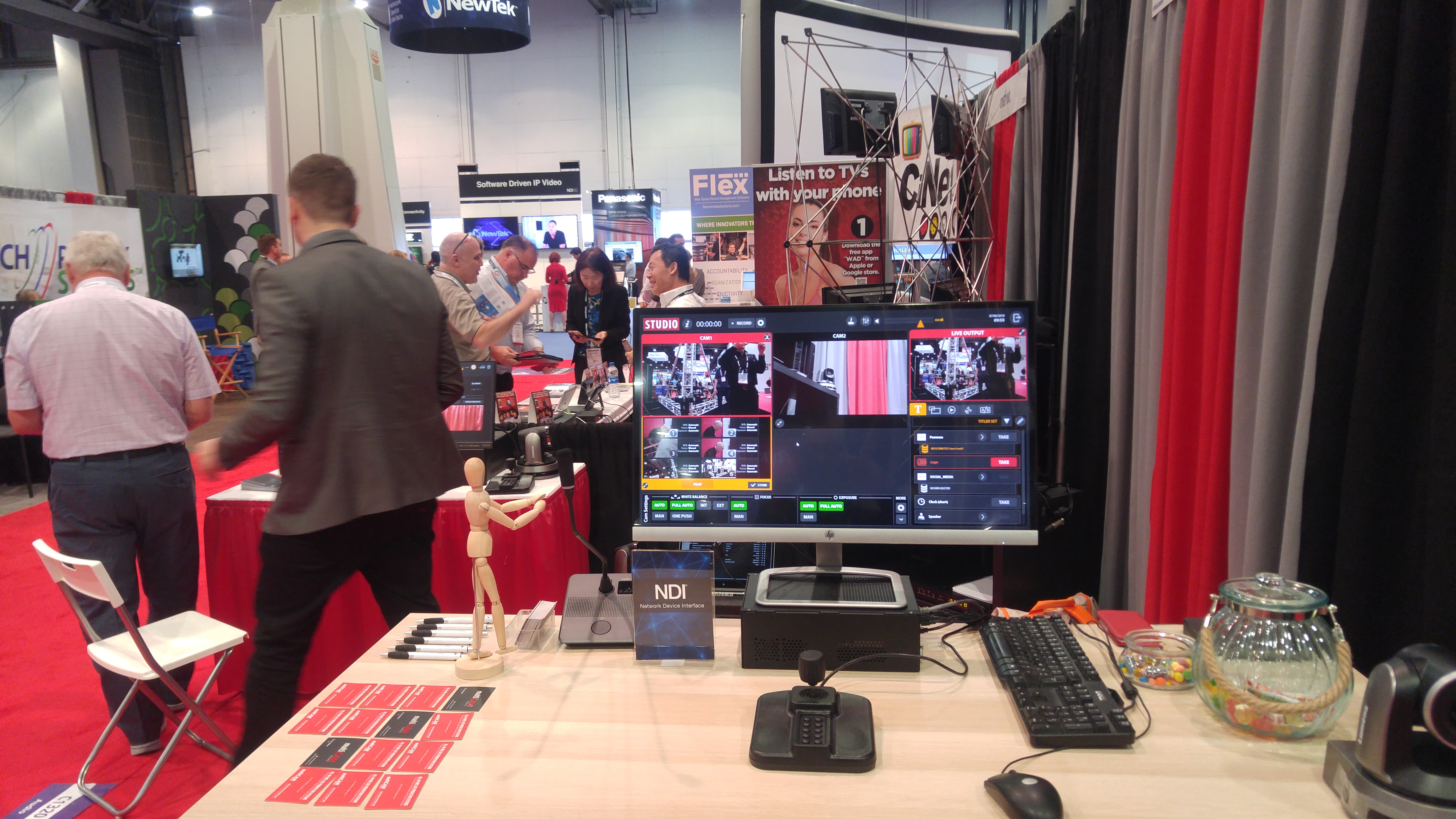 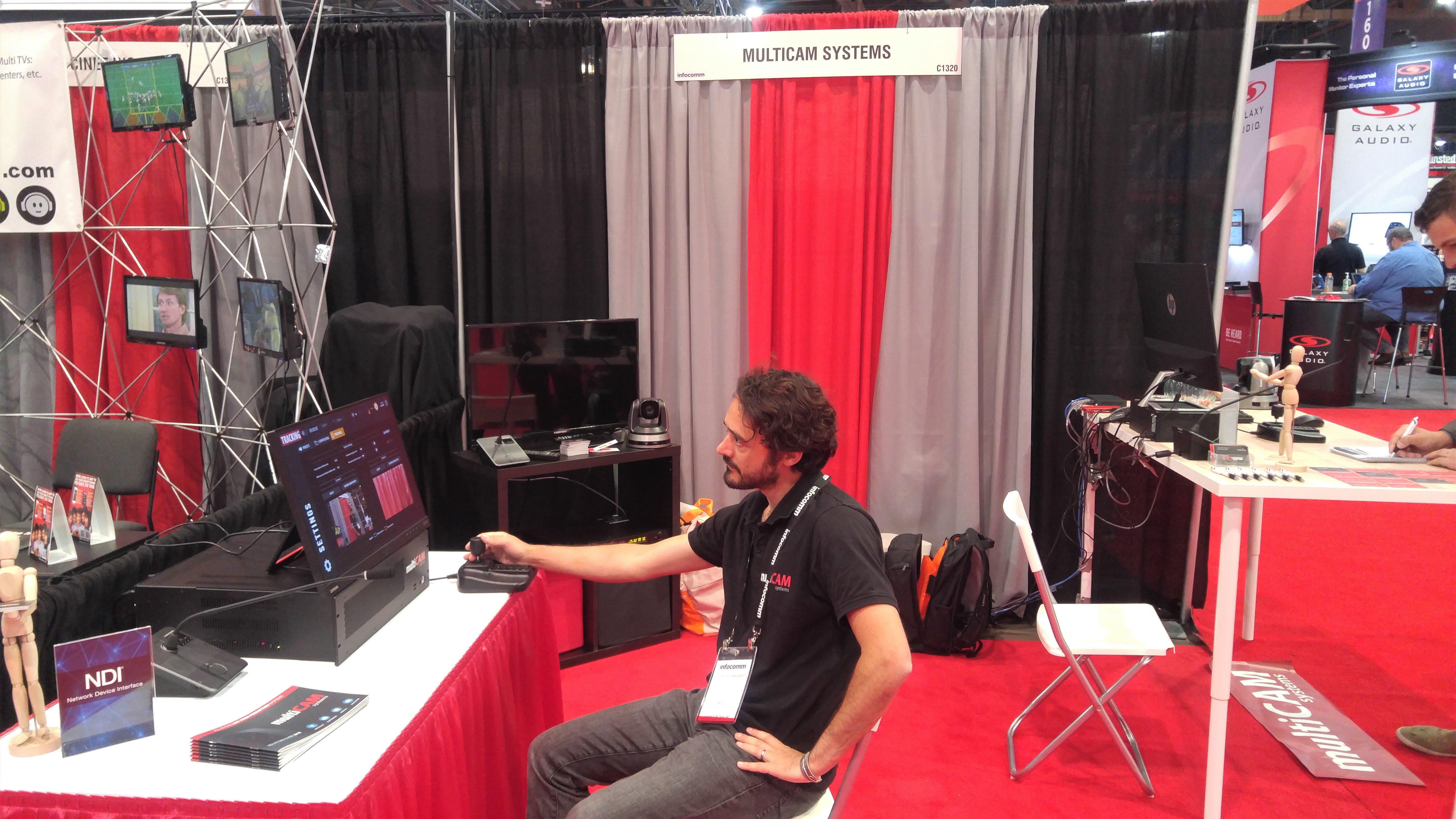 Panasonic Business division now has a full line of NDI products, including several models of camera and a switcher, the AV-HLC100 Live Production Center. 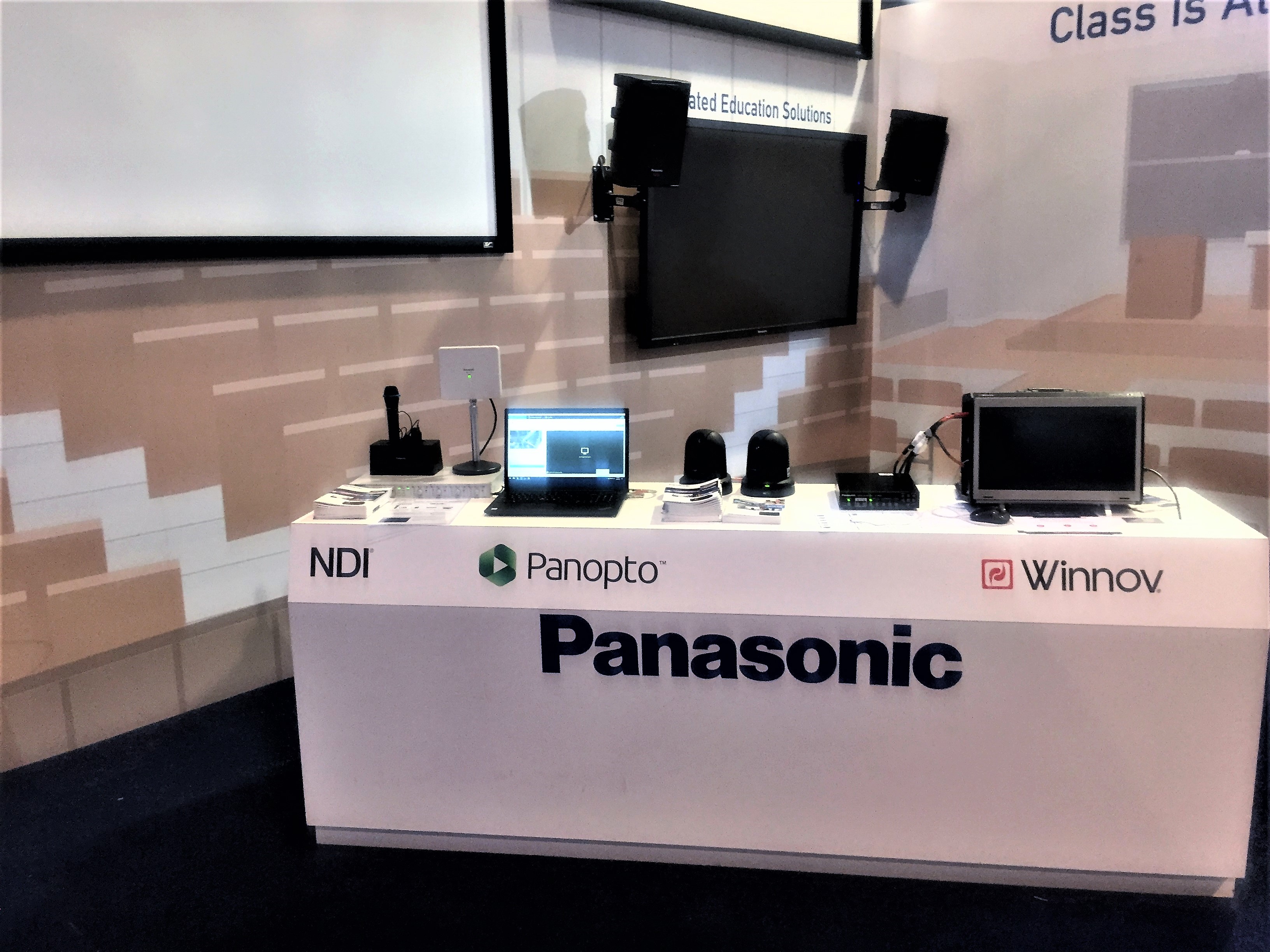 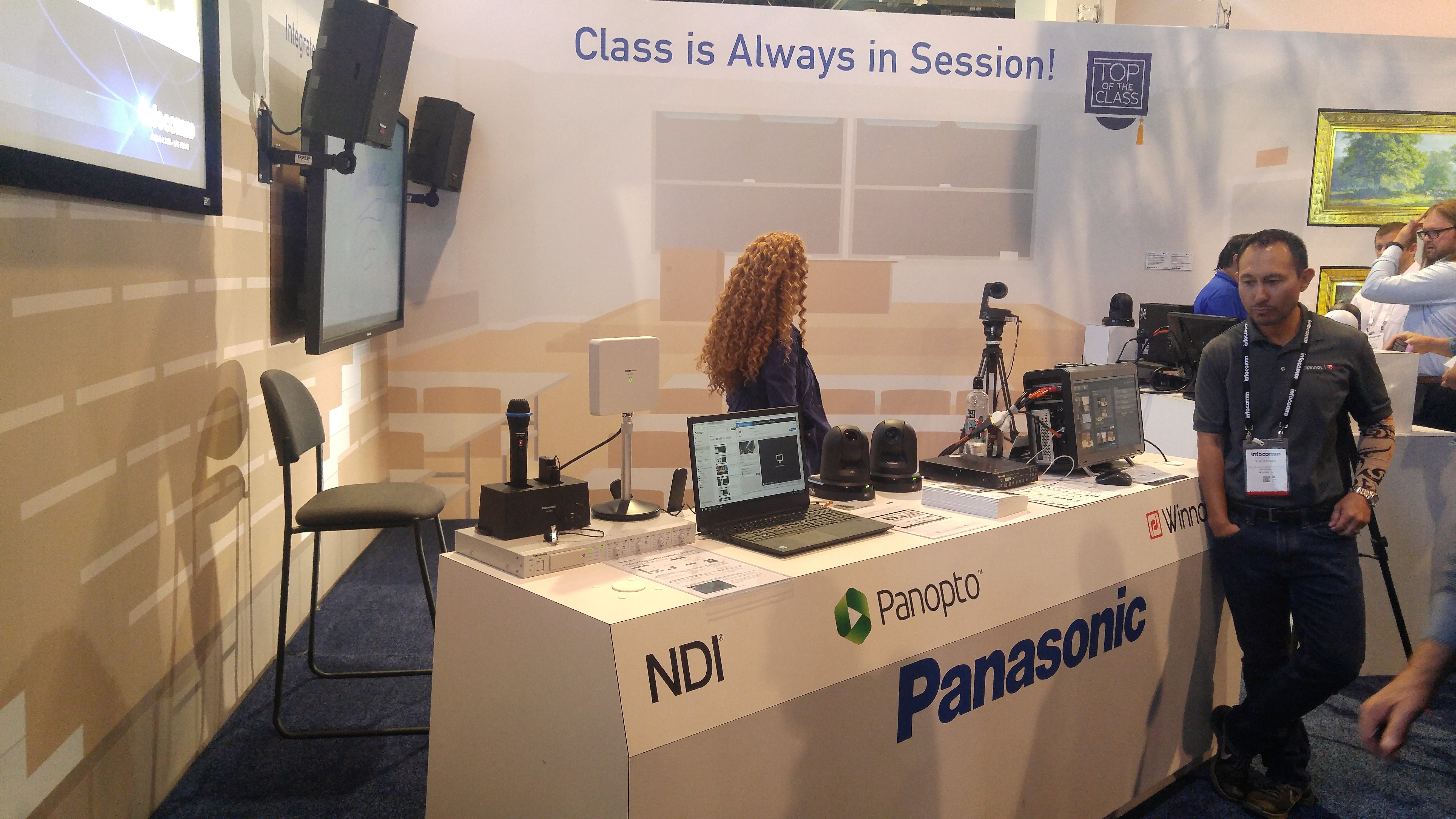 Pansonic featured the partnerships with Panopto and Winnov for presentation and lecture capture and publishing. NDI support enables using the network rather than baseband cabling to knit together the cameras and production systems for this application. 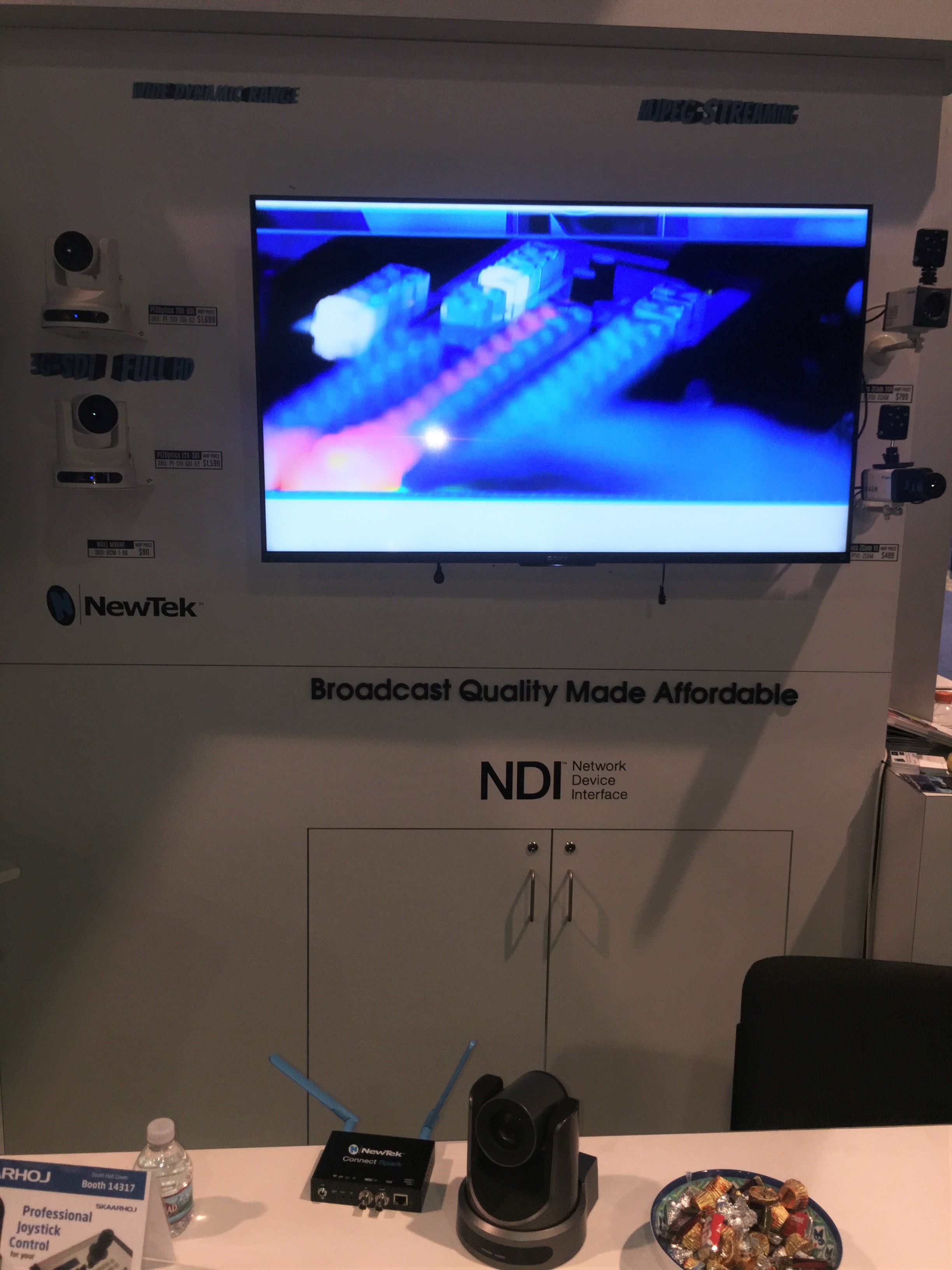 PTZOptics, an enthusiastic supporter of NDI since the beginning, displayed their line of NDI-enabled cameras at InfoComm. 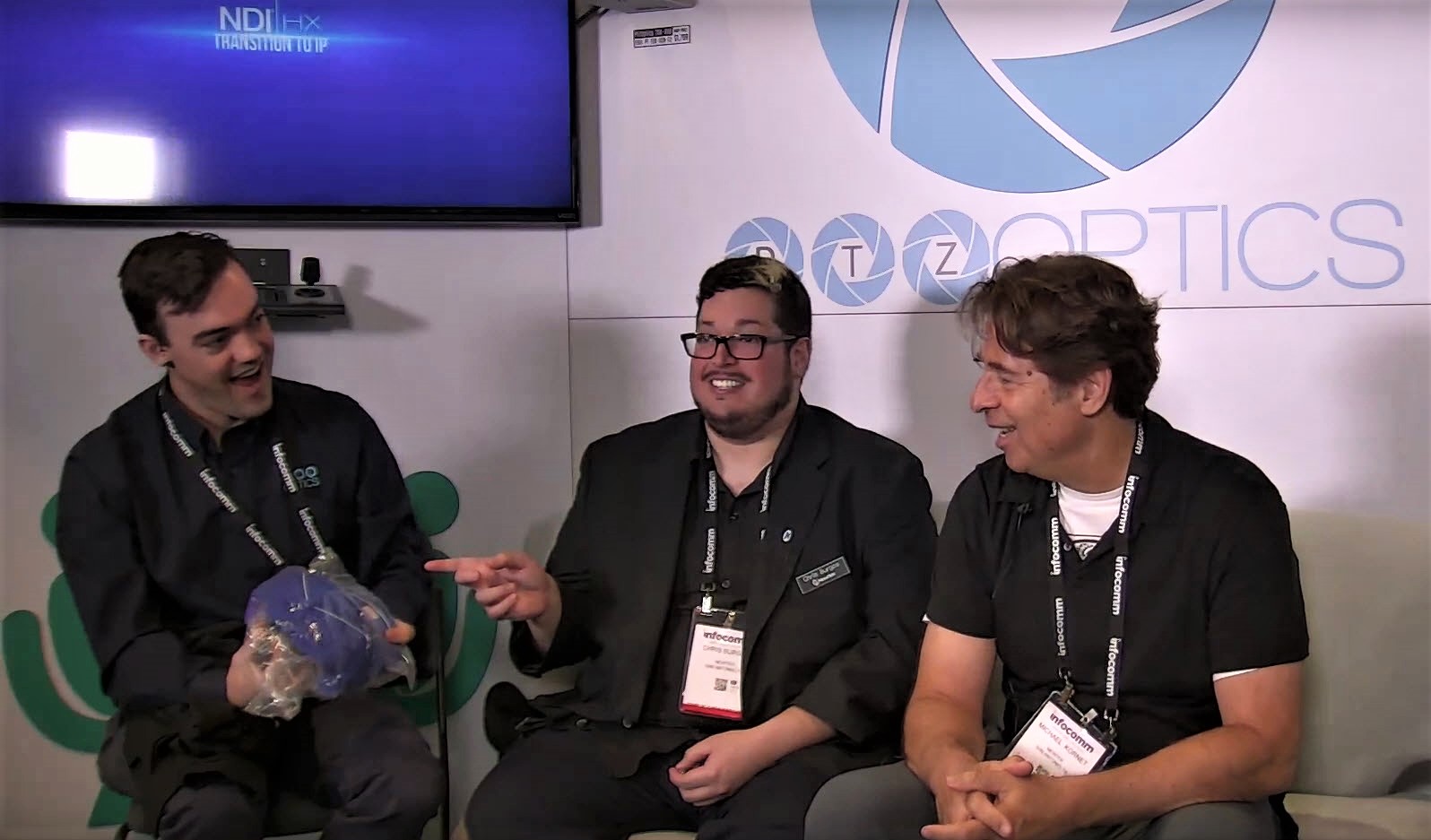 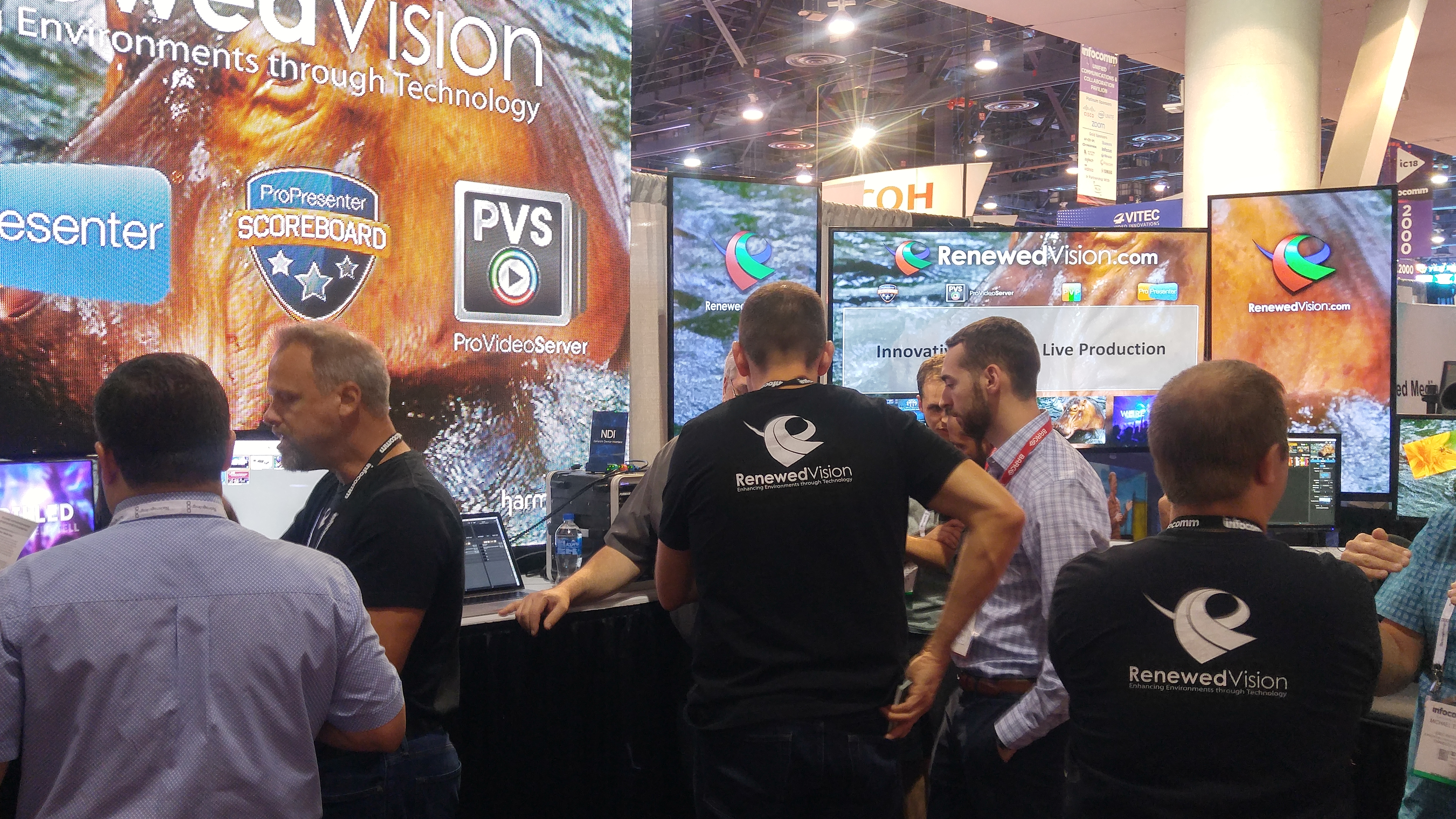 Renewed Vision makes a line of presentation and media display control products that use NDI to interoperate with NDI-enabled production systems and devices. Their products are in use daily by businesses to power presentations and conferences, schools to drive both multimedia lessons and sports coverage, and churches to enrich services with text, graphics and media content. 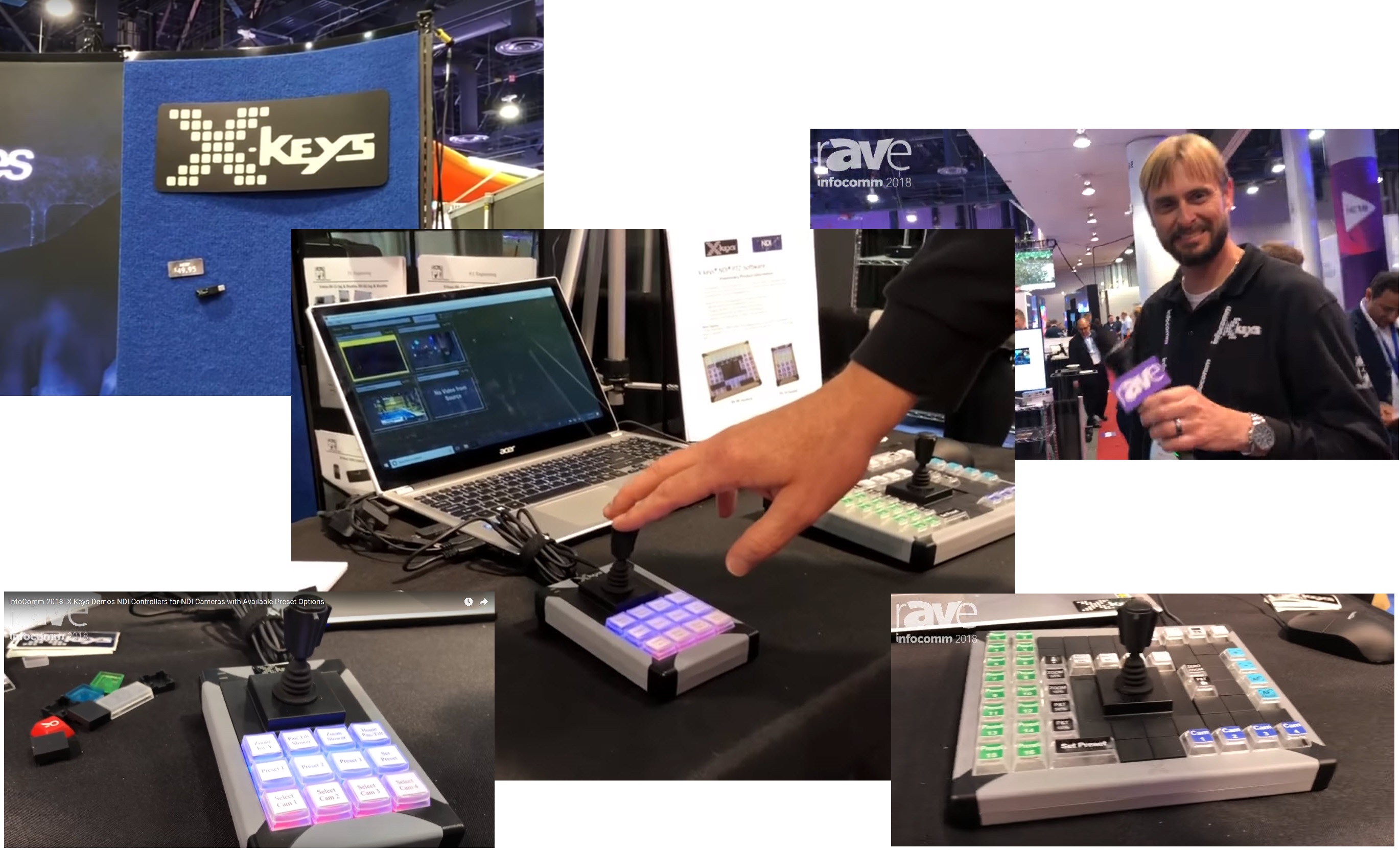 XKeys makes a variety of add-on controllers, several with joysticks, that are popular with NewTek production system users. At InfoComm they announced the beta release of an application that allows control of NDI PTZ cameras, including NewTek’s NDI PTZ1 camera and the PTZOptics NDI PTZ cameras from Xkey’s controllers and joysticks.

Note: In the featured image for this article, Tom Sinclair of Eastern Shore Broadcasting talks with Paul Richards and Tess Protesto at the show.