Since streaming is IP-based, Megolive gravitated to the NDI® video over IP networking protocol, then chose NewTek’s TriCaster® 2 Elite (TC2) to elevate production quality. More than an NDI-capable switcher, the TC2 integrates the functionality of a broadcast facility-including graphics effects, titling, virtual sets, audio mixing, and distribution-in a single box.

For Megolive, the TriCaster workflow cuts down on costs and set-up time, while boosting profitability and pizazz. Discover the Megolive story…. 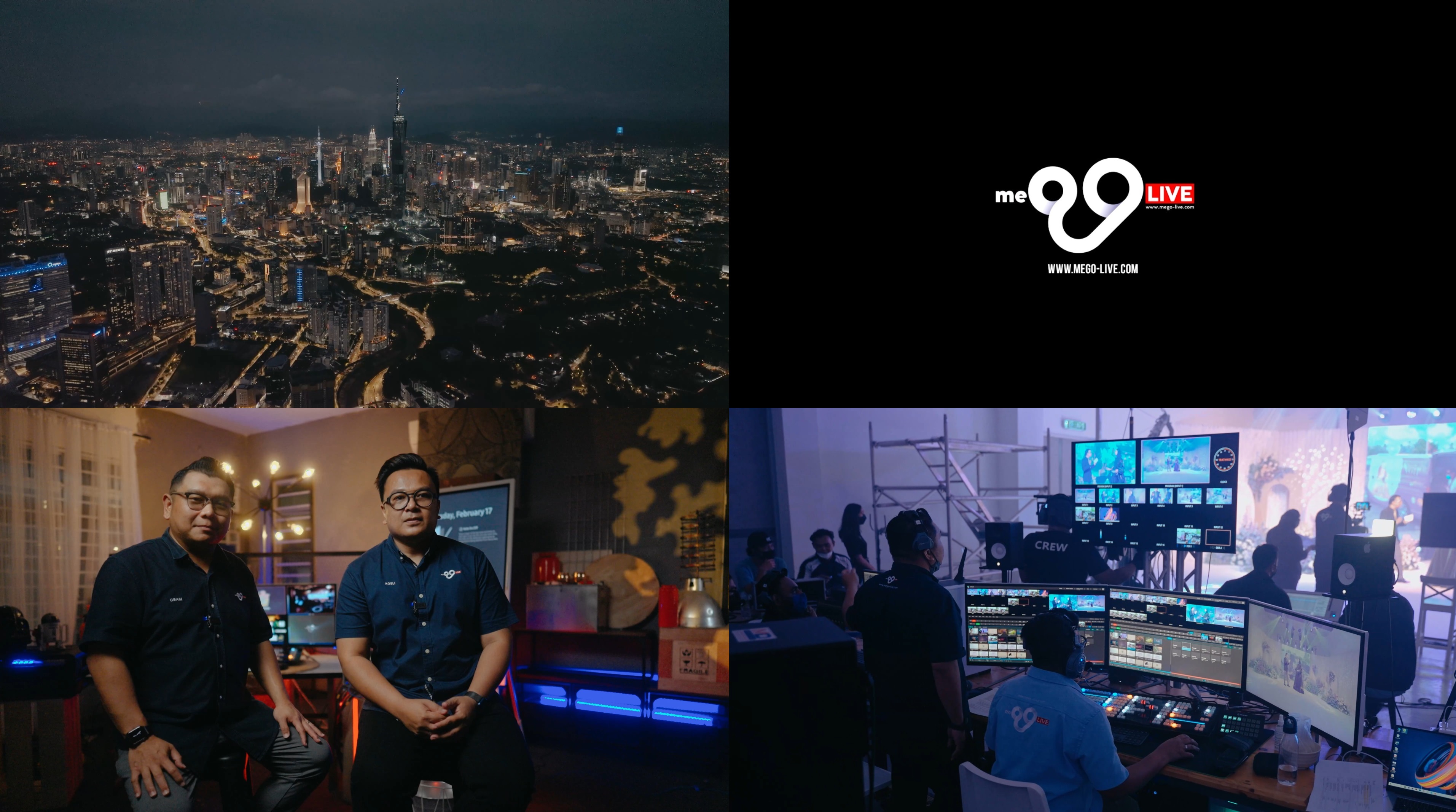 Live streams of business conferences, product launches, and training seminars don’t have to be dull and boring. At Megolive, in Kuala Lumpur, Malaysia, the goal is to make these virtual experiences like watching network television. With colorful, full motion video splashing onto multiple big-screen LED displays, virtual sets, theatrical lighting and staging, digital audio mixing, and camera jibs swinging around the soundstage, it’s hard to believe it’s not TV.

“It’s 2022. Gotta add a little bit of coolness to it,” says GBAM with gusto. GBAM, also known as Ahmad Shaifullizam Arshad, refers to himself as a Creative Rockstar. He and his partner Technical Wizzard Rosli Mohamed specialize in “connecting Malaysia with the world” by streaming superior live virtual events via private platforms and public platforms such as YouTube, Facebook and other social platforms. 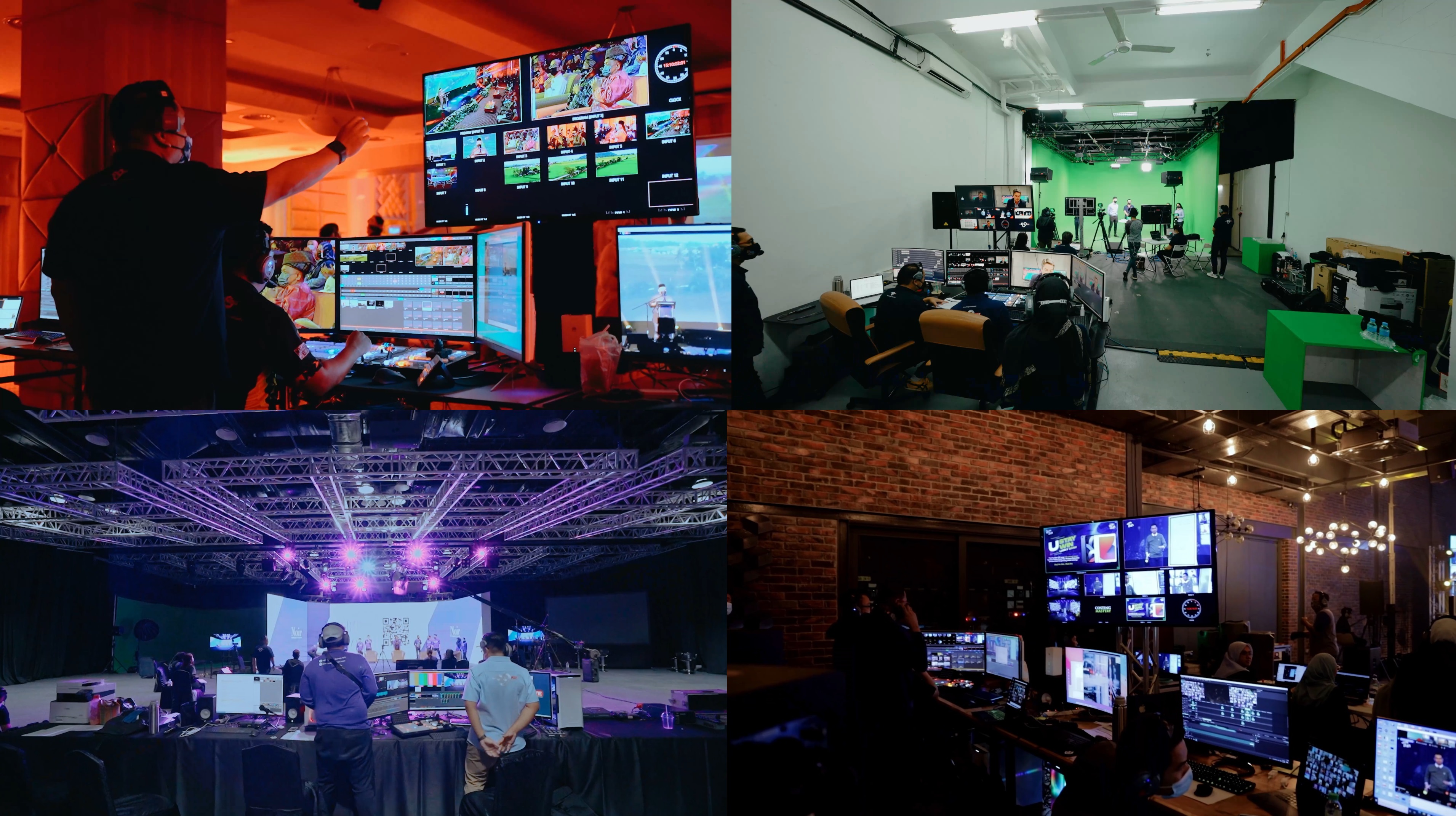 Working for clientele that is a who’s who of the corporate and government sectors in Malaysia, Singapore, and Indonesia, Megolive has successfully produced a wide range of diverse yet equally challenging virtual events. There was Keluarga Malaysia & Aspirasi Keluarga Malaysia Launch, Bank Rankyat’s Virtual Management Conference, AGM & Townhall 2021, TNB Townhall, BWF Live Draws and also product launches for the NOIR Beauty and De’Xandra Youth X and Hasbul Brothers: Grow Your Business Seminar.

While GBAM and Rosli now firmly command their fully-equipped live video production facilities, it didn’t always go so smoothly-until they invested in the NewTek TriCaster® 2 (TC2) Elite. As a premium live video production system, the TC2 integrates the full functionality of a broadcast station, including multi-camera switching, multiple levels of Mix/Effects (M/Es), keying for dynamic green screen graphics and virtual sets, transitions, titling and branding, audio mixing, iso-recording for instant replays, and more. The partners agree that integration is the key to a successful virtual or live program.

“With broadcast, you need boxes and boxes of equipment to get it done. But with the TriCaster, it’s all in one box,” says GBAM. “Cuts off my set-up days, meaning cutting down costs, and increasing profitability.” Touting themselves as “Your Creative Event Solution”, the Megolive team recalls their early days filled with trial and error, until they became “proud owners” of the TC2 Elite, which filled the gaps.

“We started with what we know, PCs, and building the crème de la crème of it with hardware and software. We thought we did enough, but we were still facing problems with our inputs and outputs, switchers, cameras, recorders, you name it,” Rosli explained. “We tried to solve this with basic knowledge of NDI, but we still couldn’t get this right. We were stuck. But TriCaster solves it all.” 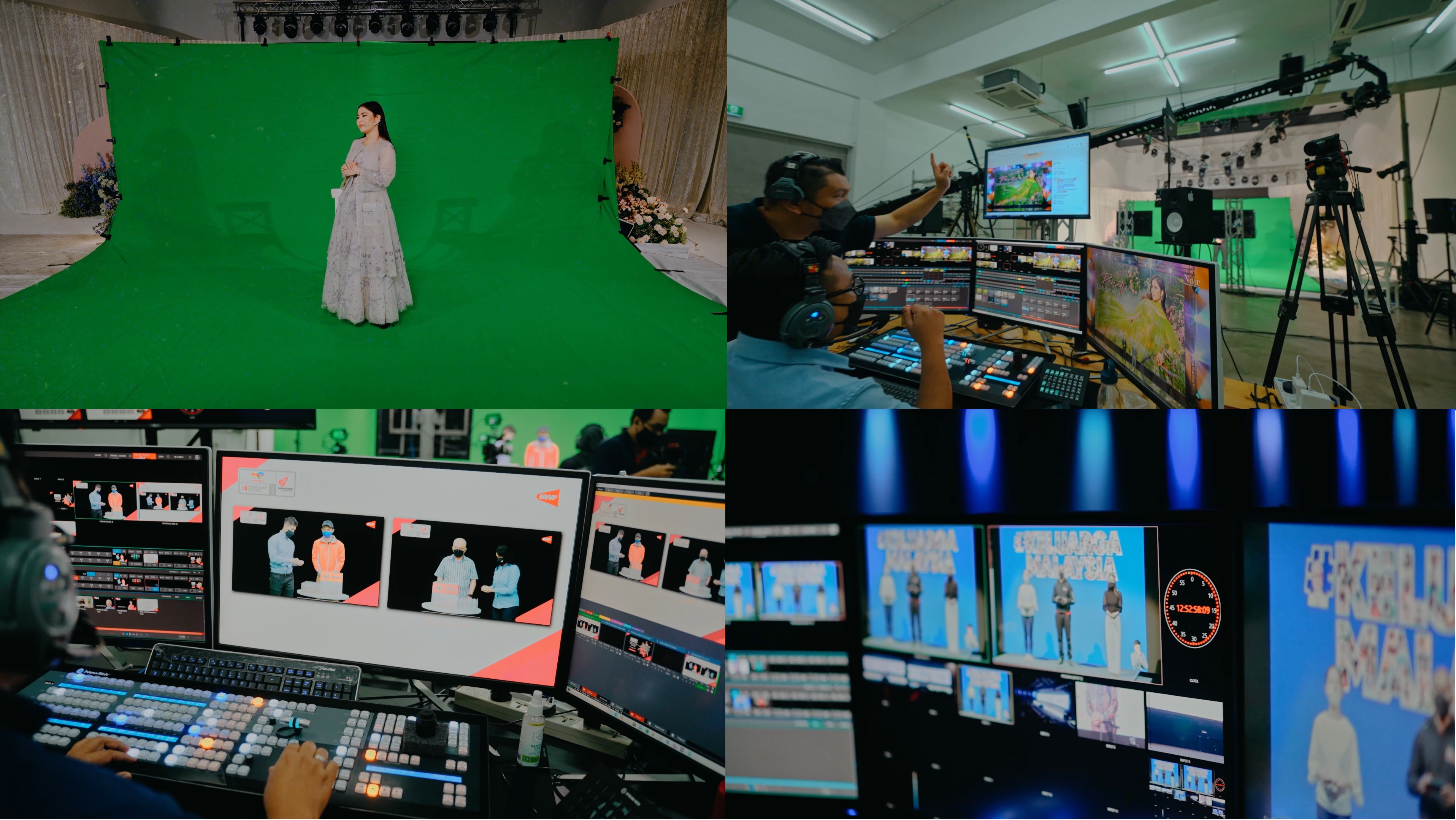 Integration with NDI is key

NDI®, or Network Device Interface, is a cost-efficient networking protocol that relies on garden-variety IP-based ethernet networking rather than the costly, cumbersome SDI protocol that has long been the networking standard for broadcast. NDI, a Vizrt Group brand, is a royalty-free, open standard that’s gaining popularity, especially for video streaming, which is inherently IP-based video. Since the TC2’s inputs and outputs are NDI-capable, the switcher can utilize any video sources connected to its same NDI network.

“That ‘Cat 6’ cable really can do wonders,” Rosli said, referring to the grade of ethernet cabling they use. While NDI helped Megolive connect much of its gear cost-effectively, without an NDI friendly switcher like the TC2 to pull it all together, they still had trouble turning boring meetings into broadcast-quality television. Once the TC2 was in place, Megolive had a single box integrating all the tools, functionality, and capabilities they needed, and all on their NDI network.

“It’s a big investment to go for the TC2. But it’s well worth it. Invest in the right tools if you want it to go smoothly,” the partners agreed. “The TriCaster workflow has been amazing. Everything just needs to be in an IP production workflow.” For example, Rosli added, “Everyone in the production, including our technical and production teams, and our clients, are able to monitor the production not just from within the studio but remotely as well thanks to NDI tools.” 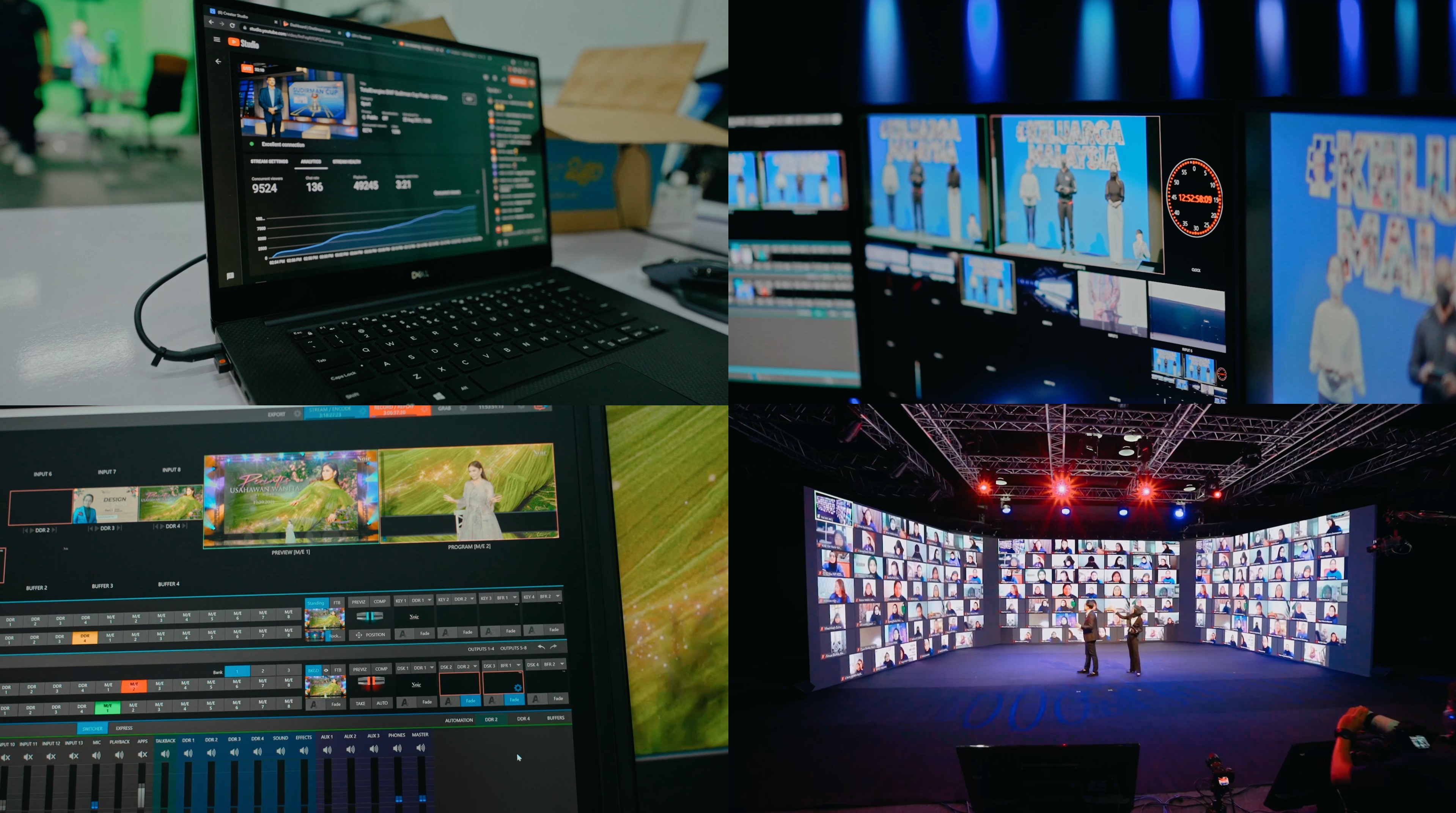 Even important third-party software apps and tools are integrated within the TC2, such as, Skype, MS Teams, and Zoom for video conferencing. For hybrid virtual conferences, produced with a large studio audience, Megolive creates LED displays of all the video callers who are attending remotely. Studio audience members on mics can converse and interact in real-time with these virtual guests and panelists from all over the world.

These video calls stream into the TC2 as the program is streaming out live. The TC2 supports multicasting to YouTube, Facebook, and other online platforms simultaneously. Whether clients request private or public streams, Megolive offers a dedicated server with a secure, cloud interface that guarantees there will be no internet traffic issues.

While MegoLive began as a video production company, during the pandemic, they expanded to incorporate live video streaming into their portfolio of services. The NewTek and NDI solutions were acquired from Macking Domain, a professional broadcast video equipment supplier and NewTek partner based in Selangor, Malaysia.

“Many thanks to Macking Domain for recommending the NewTek and NDI gear, which has enabled us to embark successfully on live video streaming,” said Rosli and GBAM. “In addition to being a worthwhile business investment, it’s enabling us to realize our client’s creative vision for captivating live streamed shows and events.”

“Long story short, we do not want to make our events look like a straightforward meeting environment,” Rosli said, “We strive to expand the audiences for our events globally with the help of technology.” GBAM adds, “Well, that’s all from us at Megolive. We hope that with our sharing, it will help those who need to find a creative solution for their productions. With technology, especially from NewTek, we hope to increase the production value for all our clients. The sky is the limit for creativity.” 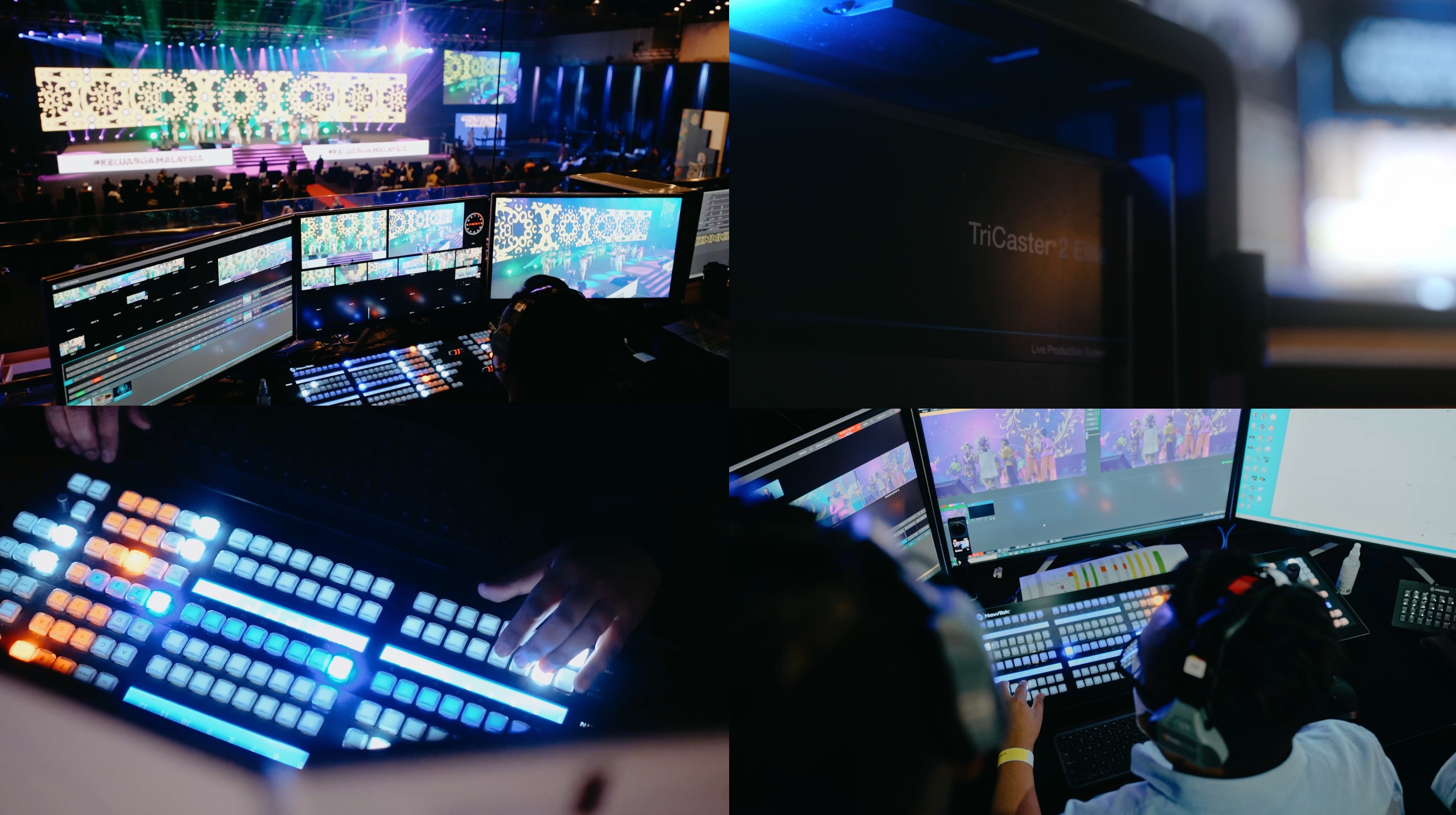 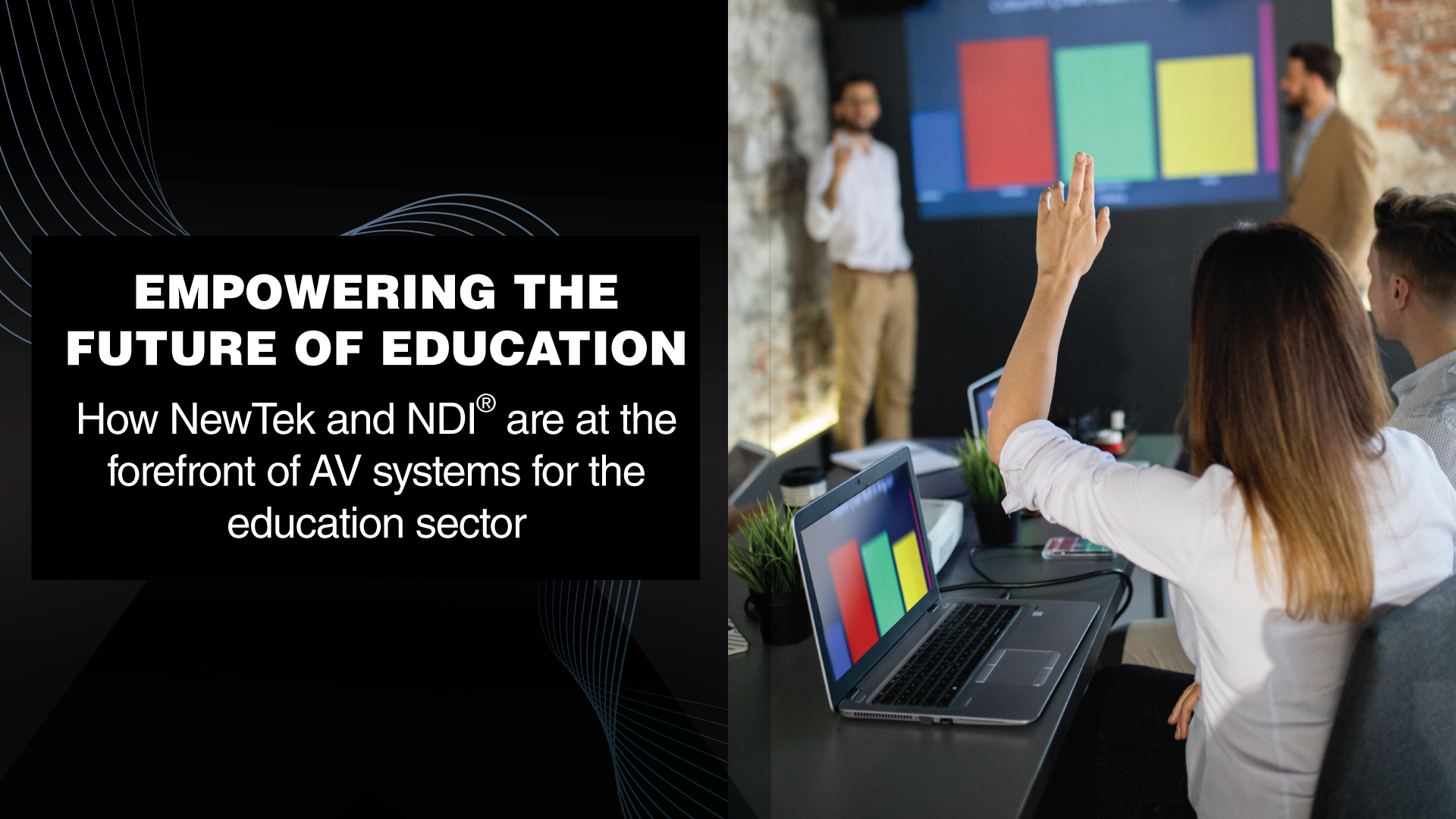