Weighing only seven ounces, the NewTek Connect Spark is revolutionizing the video production workflow for the Louis Riel Arts & Technology Centre (ATC) Broadcast Media Program, one of the trade skills taught at this vocational high school in Winnipeg, Canada. In fact, Spark is the most revolutionary solution this budget-conscious school has come across since, well, NDI® itself.

It all started when Kenneth Plaetinck—Instructor for ATC’s Broadcast Media Program—wanted to be able to do live remote multi-camera video production at sporting events taking place at other high schools across the Louis Riel school division from a centralized control room. After all, when winter in Manitoba brings subfreezing temperatures, it’s not pleasant to have to pack-up road cases full of video gear onto a trailer to get them to remote production sites.

The first step to making this dream a reality was to implement NDI, NewTek’s IP video-driven networking technology. The second phase, now underway, involves deploying four small Connect Spark devices, which convert camera signals from HD-SDI or HDMI to NDI so they can be sent over the network.

The NDI/Connect Spark combo enables them to reduce their remote production kit from hundreds of items—packed in several road cases—down to just four cameras, tripods, and mics.

Through ingenuity, Plaetinck and the school division’s IT team found a way to break through many layers of technical challenges to design an optimal networking solution that dramatically streamlines their remote production workflow.

A Drop the Mic Moment

The first challenge came when they found out that NDI could only be set up on a LAN (local area network). This meant that it could not be set-up on the existing WAN (wide area network) that connected the division’s schools to each other and the Internet.

Motivated by the big payoff that NDI would yield, Plaetinck asked Louis Riel’s IT experts if they could find some way to make NDI work over their WAN. After looking over NewTek’s NDI product information, the IT experts had a clever idea to essentially set up the NDI network as a “Virtual LAN” that would bypass their WAN altogether but still utilize its fiber backbone.

While this clever NDI/vLAN strategy gave them the real-time remote production capability and convenience they were looking for, Plaetinck and his students would still have to move five camera kits and a TriCaster 460 production switcher to the remote sites. But instead of a trailer, they could at least put the camera cases in the back seat of people’s cars, so that was an improvement.

Since the TriCaster is NDI-capable—but the cameras are not–they still needed to have a TriCaster on-site to serve as a conduit that could put the multiple HD-SDI camera signals onto the NDI network. Once on NDI, these signals are immediately available as real-time video sources that can be taken by the TriCaster 410 switcher in the centralized production control room.

That’s when Plaetinck had another clever idea. “If I add four tiny, inexpensive Spark devices to the production workflow, we would no longer have to move that second TriCaster—just the cameras,” he said. So, an order was placed for four Spark devices—three for SDI and one for HDMI conversion.

In mid-September 2017, the first of the four Spark units arrived, and Plaetinck was pleased that it worked perfectly. He plans to put it into service for a broadcast slated for October 14th. The remaining three Sparks are due to arrive before December, so until then, they do still need to bring a TriCaster to the remote site.

“Once all four Spark devices are added, we will no longer have to move that second TriCaster from place to place, which will eliminate the wear and tear and risk that we might drop or damage it,” Plaetinck said.

“While the TriCaster is known for packing a lot of functionality into an affordable package, considering our budget, it still represents a huge investment.”

“With 20 to 25 events to cover per year, and a busy school schedule, our student crews have been under pressure to pack up and move the equipment very fast, and get it set-up in time for the event,” he added. “This has left little time for me to teach newer students how to properly set-up and operate the gear, which is after all the mission of this program.”

ATC is not like other high schools. It’s a vocational high school that offers students in the Louis Riel school division, in Winnipeg, Manitoba, Canada, the opportunity to study a trade, such as broadcast production, hairstyling, culinary arts or automotive repair.

So when Plaetinck first arrived two years ago as the newly minted program instructor, he told his principal: “Since we don’t have a sports team of our own, we’ll need to cover sporting events at our seven other high schools. In doing this, we can provide real-world broadcast experiences that allow our students to develop live production skills,” Plaetinck said. “And in turn, we’ll be providing a valuable service by streaming key division matchups on our website.”

That’s how LRSD-TV (Louis Riel School Division TV) was born. Today, 17 of ATC’s 300 students participate in the Broadcast Media Program. During the fall semester, the students attend one of the division’s seven academic high schools, and then they attend ATC in the spring. Upon completing the program, the students receive a certification in their chosen trade skill.

Prior to finding the NDI and Spark solution—which were ordered through local NewTek Reseller Bruce Richardson of Videolink/Toronto—Plaetinck’s crew not only had to pack up the TriCaster, they also needed to move companion products, such as the NewTek 3Play real-time sports replay system and Live Text for CG, as well as all the audio equipment, cables, and other essential accessories.

While one TriCaster 410 always remains in the centralized production control room—located at the ATC—this second TriCaster 460 is actually Plaetinck’s own system which he lends the operation for use at the remote venues. He owns his own unit because he had an established career in broadcast TV news and video production prior to joining the ATC faculty.

Because of his professional background, Plaetinck knew that the TriCaster would be the ideal cornerstone for the production facility. TriCaster has been widely adopted throughout the Media & Entertainment industry because it integrates what used to be a roomful of production equipment into a compact system that fits into a road case or two.

Early in his tenure, Plaetinck visited NewTek’s headquarters, in San Antonio, Texas, where he learned that “something exciting” was right around the corner. It turned out to be NDI. After convincing his principal to allow him to upgrade their TriCaster to the latest, advanced software, he set into motion all of the events that led to the Virtual LAN configuration that now enables NDI.

This fall, Plaetinck’s Broadcast Media students are finding remote production to be much easier. They now only need to use a small router and CAT6 Ethernet cable at the remote site to access the NDI network. Once all four Spark units are deployed, they will be connected to each of the cameras using a CAT6 cable, which in turn connects the cameras to the special router that accesses the NDI network.

“The large camera cables that we had been using—which carry 2 XLR audio channels and 1 BNC HD-SDI line—are 250-feet long and very heavy. We’re replacing these legacy cables with much smaller, lighter CAT6 cable, which is easier for the camera operators to bring with them and manage,” Plaetinck said.

With NDI and Spark, the students in the control room, miles away, can immediately see the remote video, and get the audio with only a millisecond of latency. And everything else, including the 3Play and Live Text, will now stay put in the control room.

By producing in 720P HD, instead of 1080i HD, the production’s HD cameras—including four to cover game action and a fifth one trained on the shot clock—consume about 600 of the 800-900Mbps available on the fiber.

In terms of network topology, the Louis Riel School Division board office serves as the hub, with fiber spokes running out to each of the schools. The IT team devised a specialized router that automatically transports the NDI signals over that existing fiber infrastructure from Point A to Point B—the ultimate destination being the control room in the ATC building.

“With the programming, we’re kind of telling the specialized router to take this NDI signal, go to the board office, pull Internet from there, and ship the signal all the way to the other school,” Plaetinck said. “In this way, we’ve created our own little bi-directional network using our production systems and computers, and we can add devices and scale it any way we need.”

The next quantum leap Plaetinck is planning to implement is the adoption of Dante, a networking protocol for sending audio over IP. Plaetinck considers Dante, which is marketed by Audinate, to be a nice complement to NDI. Since Dante devices are NDI-capable, they will plug right into the Virtual NDI LAN.

“I’m absolutely blown away by NDI and Spark. They’re making our broadcasts better. It makes our students better. It’s unbelievably fast and reliable,” Plaetinck said, “And instead of hauling and setting up gear, and miles of heavy cable, we can now focus on producing great live sports shows.” 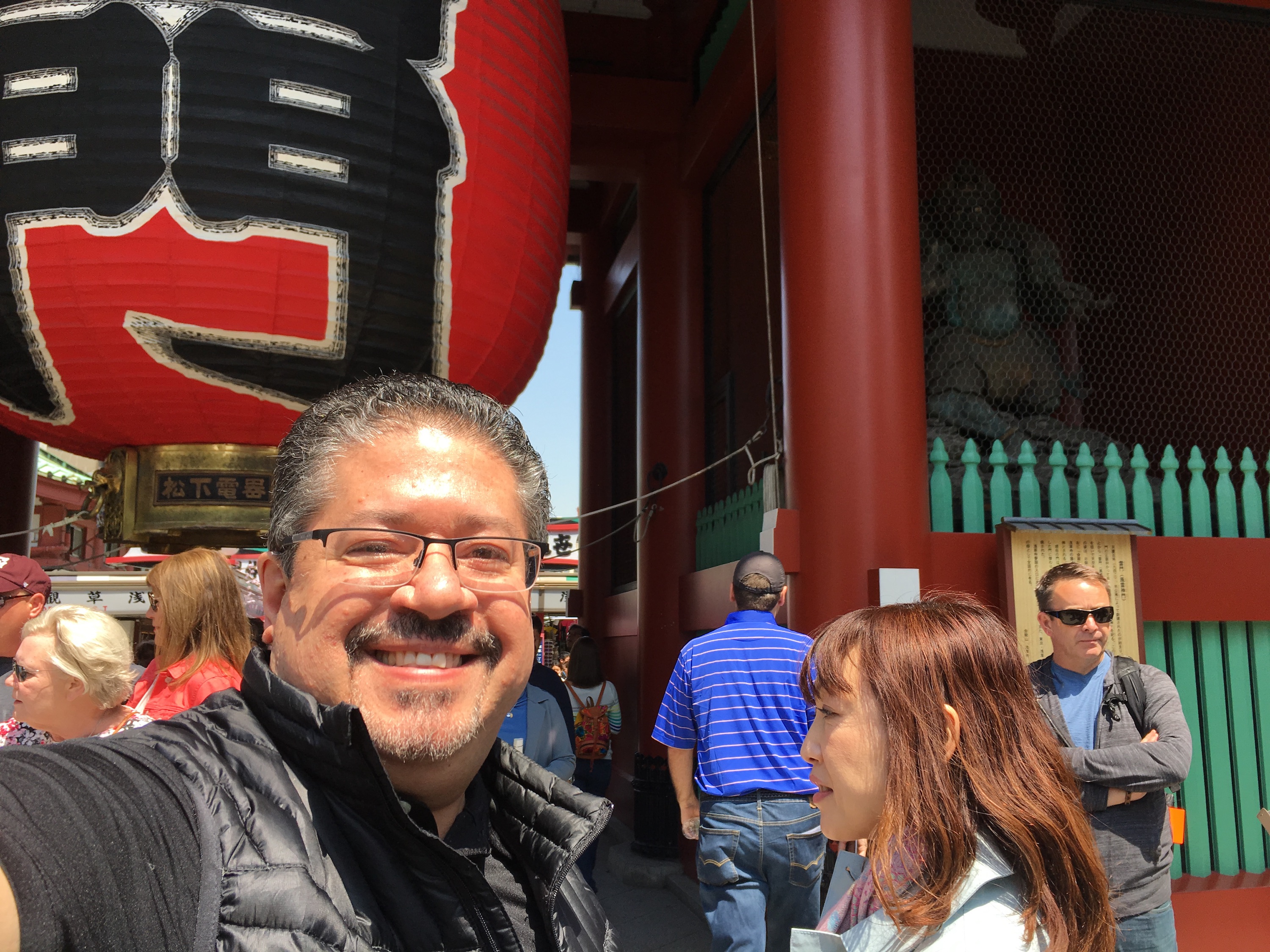 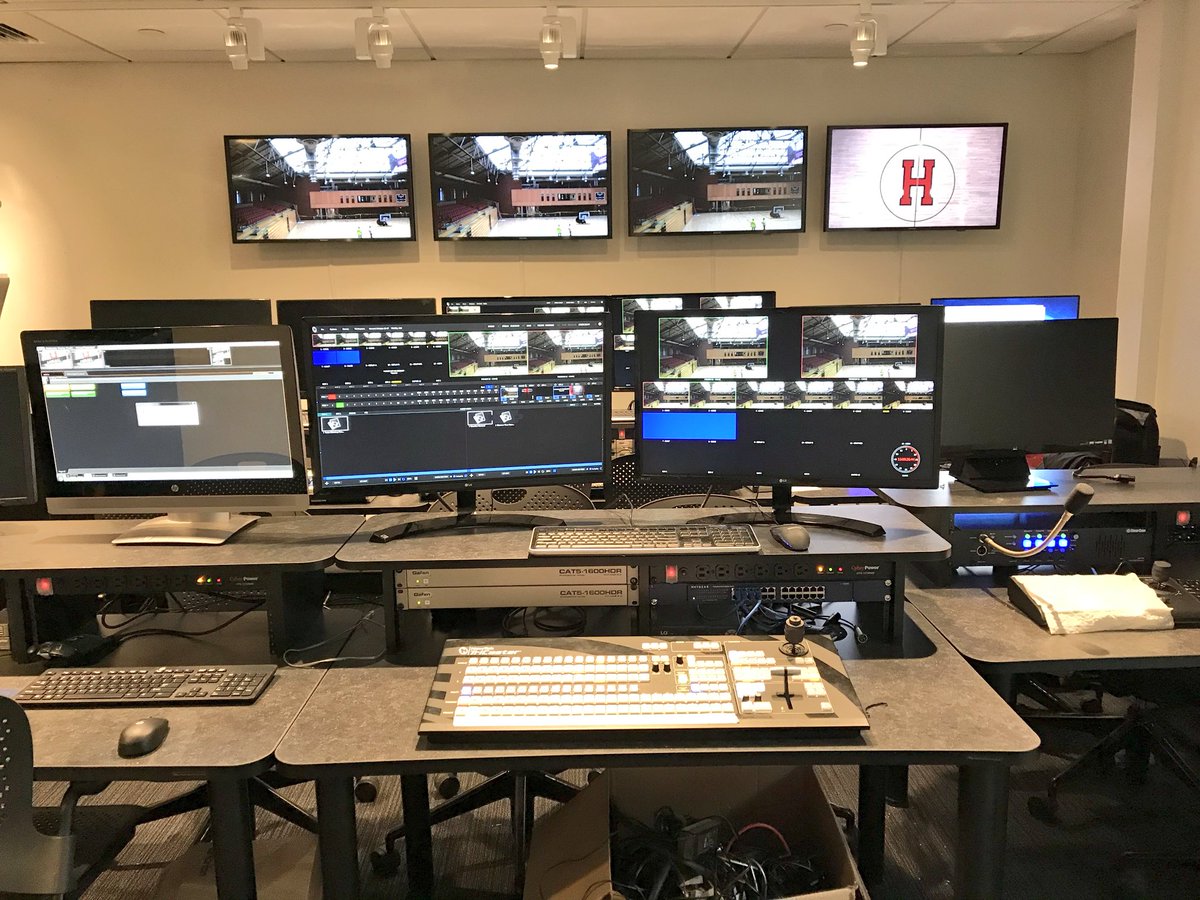