John has been in the media production and broadcast industry for 35 years. His energy and passion for broadcast and production is contagious, to say the least. John is the Director of Media at Southwestern Assemblies of God University. Pronounced ‘sa-GOO’, SAGU is a Christian University in Waxahachie, Texas, 30 miles south of Dallas. They average just over 2,000 enrolled students per semester. The school has a 70-acre main multi-use campus with smaller associated campuses scattered around the U.S. SAGU also has missionaries all over the world.

Teaching and employing the art of broadcast and digital media production is a major focal point at SAGU. SAGU’s main theater has come to be known as the South Dallas/Fort Worth cultural arts center. The facility is used to host a wide range of events including plays, concerts, and lectures. With the combined cultural arts events and sports broadcasts, they produce around 1,300 events per year.

The main topic of our conversation was NDI®, how he’s using it and how he would like to use it in the future. If you’re not familiar, NDI is a revolutionary royalty free technology from NewTek that allows sharing of video and audio signals bi-directionally over a standard Ethernet network in real time.

The 70-acre campus has 4 control rooms located in three different buildings. Two control rooms are in the same building including one operational broadcasting control room and a classroom/TV Studio used for training. All of their control rooms are equipped with TriCasters. They also use a TriCaster 8000 for on-location events. These TriCasters were made before the creation of NDI. Out of the five TriCasters, three of them have been upgraded to NDI using Advanced Edition software offered by NewTek. One TriCaster that wasn’t upgraded is in the classroom and is linked to an upgraded machine via SDI cable. This allows the use of a machine that is not enabled with NDI by one that is. They have one master control room that has the ability to override and control switching from any of the other rooms. NDI is what makes this possible. The end result is five TriCasters communicating over the pre-existing SAGU network using NDI without any extra cabling.

There’s no doubt that NDI is revolutionary. It gives the saying “cutting the cord” a whole new meaning.

John is using NDI in their athletics program live streams. Having programs in 4 separate divisions of collegiate sports, it’s safe to say team spirit is a big deal at SAGU. Soccer and football demand the most attention. Other sports they cover include basketball, volleyball, and baseball. Whether games are being played at home or away all broadcasting is done in-house utilizing NDI. Thanks to NDI, events can easily be broadcast whether SAGU has camera crews live on site or if the event is being pulled in from an Internet stream like YouTube or Facebook Live. There’s a lot NDI can do when it comes to broadcasting sporting events.

The flexibility to walk around and shoot amazing video from cell phones enabled with the NDI camera app from NewTek is just the tip of the iceberg. What John likes the most about using NDI in their event broadcasting is the ability to toggle back and forth between games with ease.

He gave the example of broadcasting an in-house basketball game as a feature while having 4 other games from their division in his preview monitors that were being fed via YouTube. During timeouts or halftime, with just the press of a button, he can go live to one of the other games and then easily switch back.

This feature gave an awesome major sports network feel to the whole production. Afterward, viewers were contacting him to find out how he had accomplished this.

We also talked about streaming worship services. Being a Christian university, worship and prayer is ingrained into everything they do. They hold a chapel service every day with live worship music, prayer, announcements and a message. With the implementation of NDI, their chapel service is no longer restricted to one room or even one building.

While on the local network anyone can participate in the service from anywhere on campus and view from any screen. They can hold worship with a live band in the auditorium, deliver prayers from a garden, make announcements by different people scattered throughout the campus and switch back to the auditorium for the main message. All of this is easily done from a single control room using multiple TriCasters without the restraints of traditional videography equipment.

Now take this concept to the next level.

As mentioned, SAGU has missionaries in almost every time zone on the planet. The ability for the missionaries to participate in the on-campus chapel service or even hold their own all-inclusive worship services or meetings at any time is something that John would like to see in the near future. His dream is to be able to tell a story about the global mission field using multiple narrators from different parts of the world and have exclusive camera switching control from his TriCaster back in Texas.

John is not a professor at SAGU. He provides a digital media service that is essential to the day to day operations of a university with a 70-acre multi-use campus including a cultural arts center. His unique position allows him to employ 20+ students per semester. This gives many of our next generation digital media techs and producers on the job training in addition to their classroom instruction. NDI makes every step of training, producing and broadcasting easier and faster saving time and money.

NDI makes hands-on teaching easier. One way it’s changed the way they teach is by allowing every student to use their own personal camera. It’s in their cell phone. With NDI everyone participating with a phone is ready to go live from the switcher at any time. Not only that, but they’re learning to use NDI in their digital media production and that’s important because all indicators show that IP video is the future of broadcast.

Digital media has become a way of life for this generation. The need to improve and streamline our workflow is a natural one. Technology is moving in a positive direction and breakthroughs are happening daily. SAGU is training and employing the next generation of digital media producers and they are using NDI to do it. 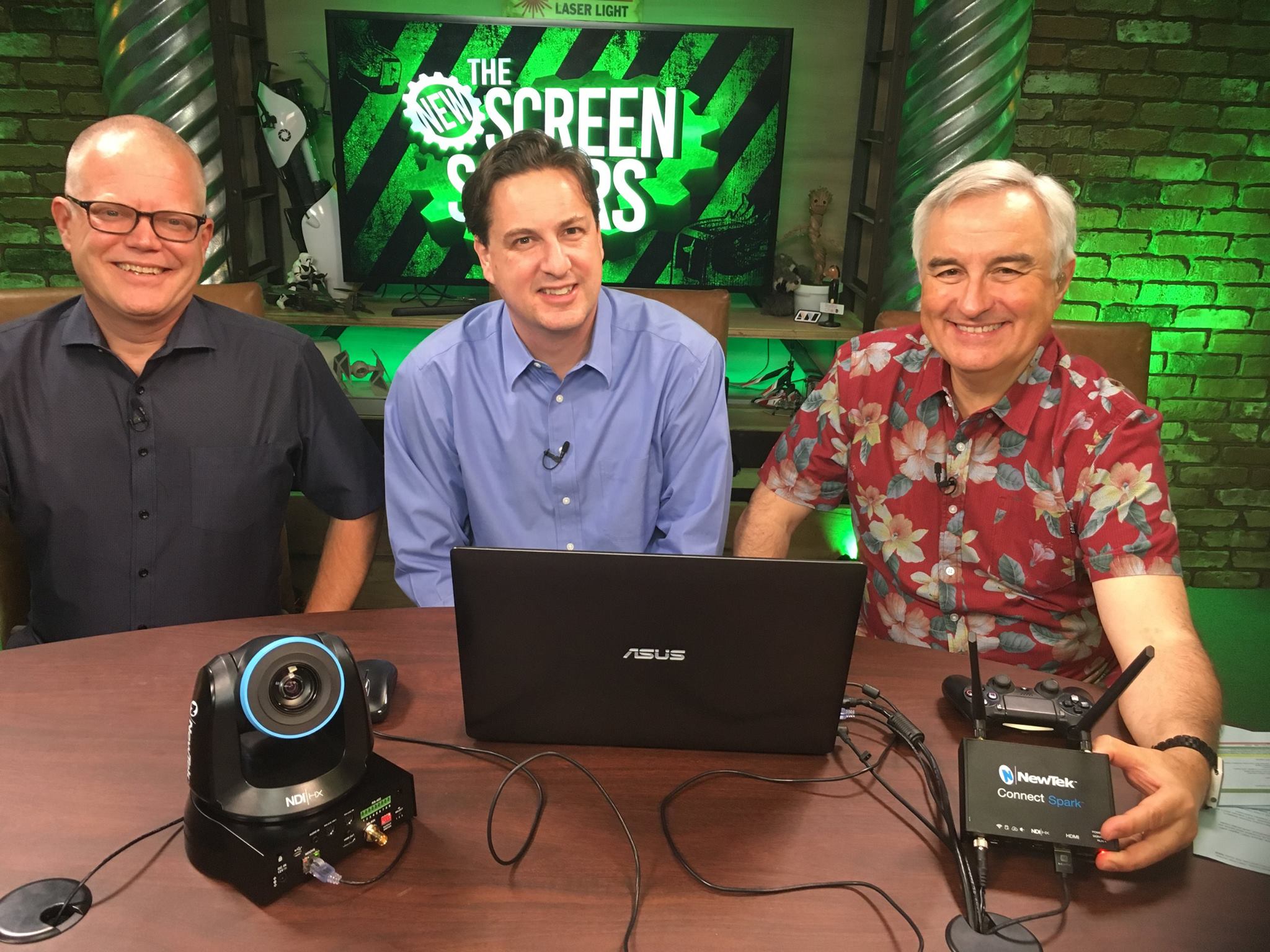 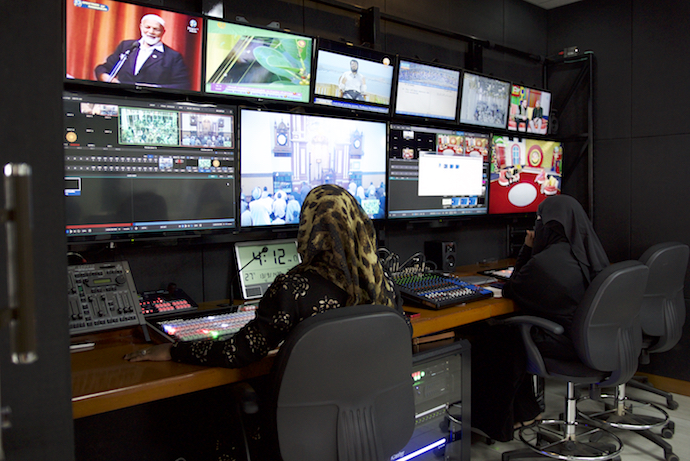