Bannister Lake’s recently released Chameleon software will be getting quite the workout at NABShow 2017. The two major full-time live streams from the show floor, NABShow Live and #NDICentral, will both be overlaying a live ticker displaying news, information, social media and branding, delivered by Chameleon using NewTek NDI® technology.

NABShow Live is being produced by Broadcast Beat, led by Ryan Salazar as executive producer for the show; they will use Chameleon to produce a sleek, customized output/overlay to promote events, headlines and social media for such organizations as SMPTE, IEEE and other NAB affiliations. “For example, SMPTE has a two day conference during NAB so members and staff  will have the ability to  input updates and  events during the show. It makes it easier for them to coordinate meetings at specific locations at NAB plus share thoughts with other members,” said Salazar.

NewBay Media and NewTek are partnering for the #NDICentral Live daily stream. “The `NDI Central Live’ webcast will be streamed on ndicentral.com to highlight new products and workflows. Chameleon gives us an additional NDI source of dynamic content that will be fed remotely by staff at NewTek headquarters in San Antonio. It’s a nice enhancement to the production that will help us keep our viewers informed and engaged,” said Rex Olson, vice president of eCommerce Business Development for NewTek.

Both shows are being produced on NewTek IP Series production systems. With a massive 44 input capability, the IP Series easily allows for a multi-camera show that can also include sources from the more than forty vendors using NDI on the show floor. All of these sources can be mixed into the live production in real-time. 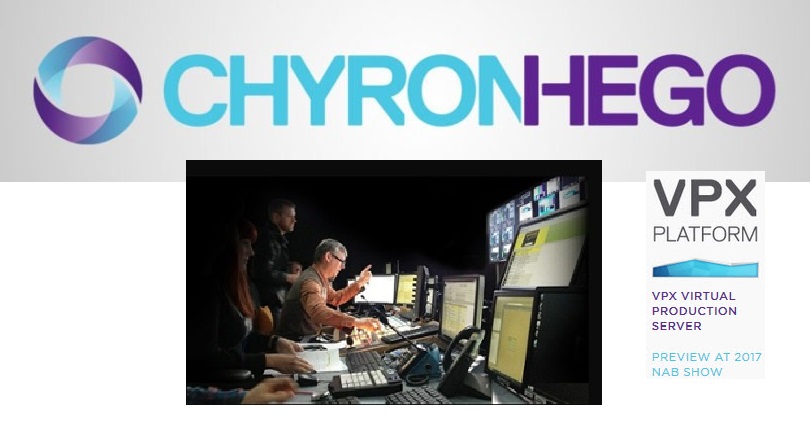