Perimeter Institute is the world’s largest hub of theoretical physics research, training, and educational outreach. Since its founding in 1999, the Institute has been dedicated to sharing the wonder and power of science with the world.

A vital way it does so is by recording and sharing hundreds of scientific lectures, including its renowned Public Lecture Series and other live events that take place at its 120,000-square-foot facility in Waterloo, Ontario, Canada.

Until 2014, the Institute relied on an outside agency to produce and broadcast its monthly Public Lecture Series and other events. Eminent scientists who have delivered talks at these events include Freeman Dyson, Fay Dowker, Nobel laureate David Wineland, and Stephen Hawking (a Distinguished Visiting Research Chair at the Institute).

Previously, it took several days for such recordings to become available to stream online, and they were only available through the Perimeter Institute Recorded Seminar Archive site, pirsa.org.* *

At that time, the Institute’s in-house video production capabilities were limited due to its equipment, which was unable to capture the fine details of the blackboard presentations and mathematical equations used during the lectures. For video switching, the main router was fed into MediaSite Live encoders, and the resolution was 480i captured at 320 x 240.

Using the original system, the Institute’s audio-visual team was forced to stay on one shot for the duration of a recording because it lacked genlocked cameras and frame syncs, so every change in camera resulted in an image flicker.

By upgrading to professional production equipment with help from Videolink, Inc. in Toronto, the Institute is now able to produce all large events in-house, plus an average of 100 hours per month of scientific lectures with the capacity to record four simultaneously. Events are now streamed live or made available on demand within hours on YouTube and LiveStream.com, which can easily be shared on social media and through traditional media outlets.

When upgrading its equipment, the Institute equipped eight lecture rooms with four Panasonic PTZ cameras that can be operated by a single operator. The cameras are used to capture dozens of lectures each month, including the Institute’s entire graduate program, Perimeter Scholars International.

The lectures are produced with the NewTek TriCaster 8000 multi-camera video production system, which allows for four simultaneous recordings. In some cases, video is integrated with a Cisco h.323 appliance to send the switched feed for distance learning.

“We are able to do things which would normally require a crew twice the size,” Fairthorne said.

“It simply wouldn’t be economical for us to produce four simultaneous recordings with separate switchers, mixers, recorders and so on. The TriCaster has taken a powerful set of features and presented it in a way that one person can operate all of it.”

The Institute’s special events and Public Lecture Series are live-streamed from its theater by a crew of eight and include separate broadcast audio mixing, DDR roll-ins, and pre-rendered animated name keys. The monthly public lectures are also shown live on big screens in the Institute’s Black Hole Bistro. For special presentations, files are quickly transferred to an Adobe edit suite before uploading to YouTube through Adobe’s Media Encoder workflow.

Fairthorne says they have been able to expedite the production process by recording most events live-to-tape rather than doing separate camera editing. They also recently eliminated transcode time on loading files by using the NewTek codec with their edit suites to exchange files with the TriCaster units.

By implementing a new video production solution, the Institute was able to bring all of its video production in-house and add production value where it lacked before. Scientific recordings can now be managed by one person, and large, live-streamed events can be handled by up to eight people between the broadcast and theater control rooms, said Fairthorne.

“We have even had co-op students from the local college who were switching live productions by the end of their term,” he said. 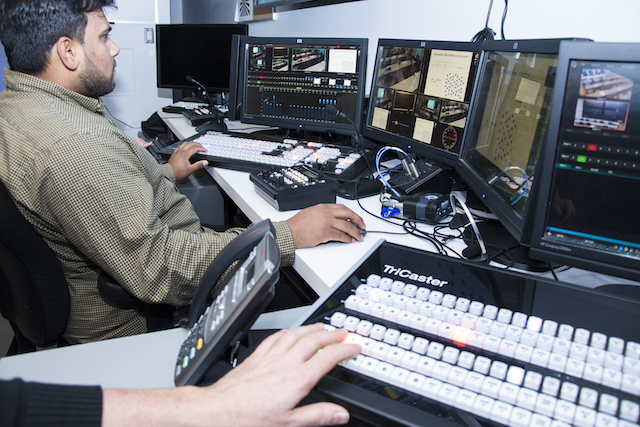 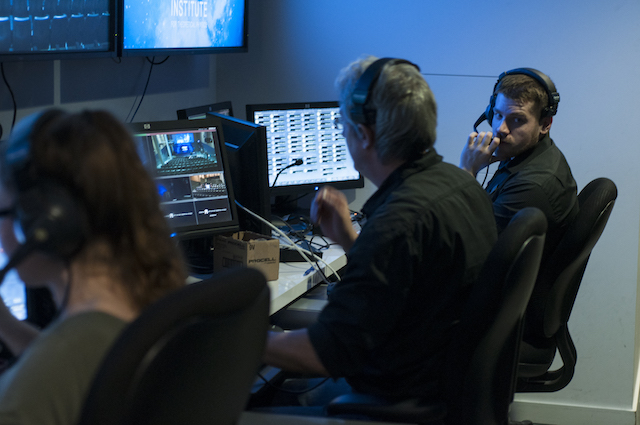 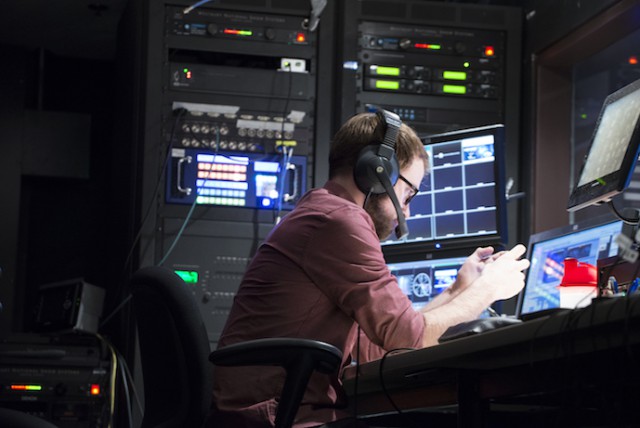 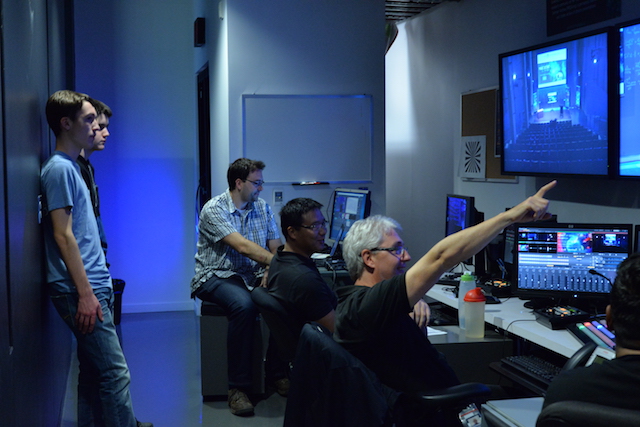 The switch to HD allows the team to capture necessary details when recording a lecture with blackboard presentations and extensive mathematical equations. Every recording is now captured and archived in 1080i, and made available within hours.

Video content is promoted through social media channels, primarily Facebook and Twitter, as well as the Institute’s YouTube channel. Videos are also shared with respected media outlets, which are now able to embed and share the Institute’s live public lectures each month.

Additionally, Fairthorne said the TriCaster gives the team access to features typically found in large control rooms: Calibration tools such as Proc Amps and scopes to ensure all cameras are matching; DDR/GFX players with alpha channel for animated show introduction; and if ever necessary, a clean feed ISO record.

One of his favorite features of the TriCaster is Autoplay/Macros, which he says turn complex sequences into a single-button press, thereby reducing operator error.

Going forward, Fairthorne said they plan to use NewTek TalkShow for remote interviews and distance learning. By using it in reverse, he says they will be able to connect with other broadcasters who are also using the product and would like to use theirs as a remote studio. 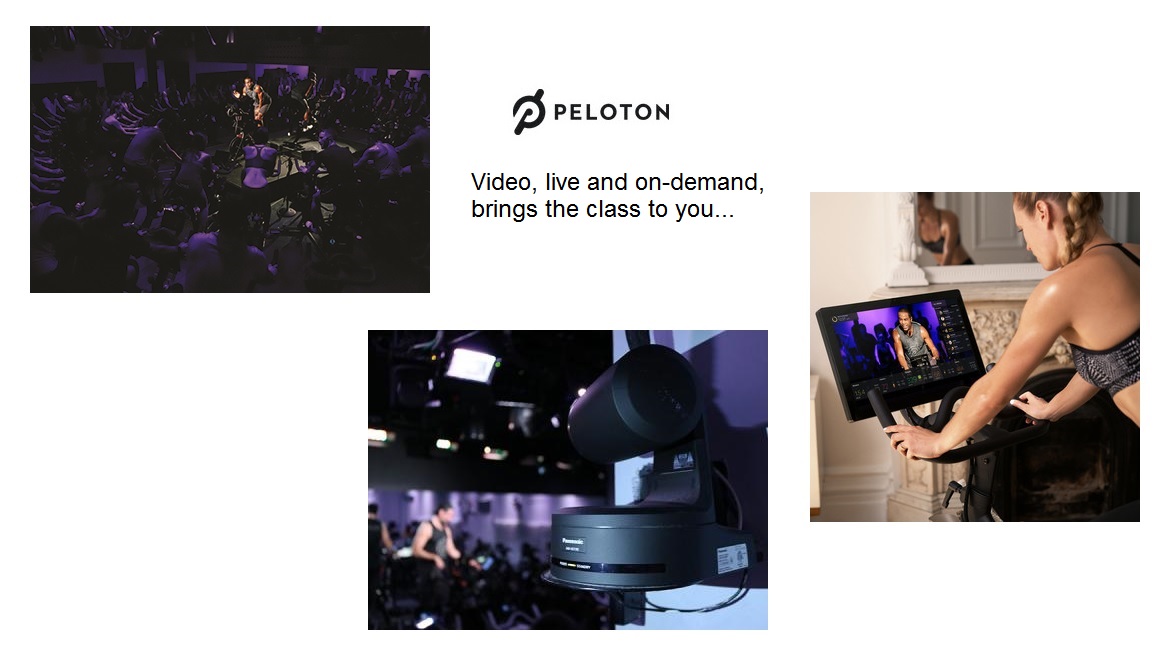 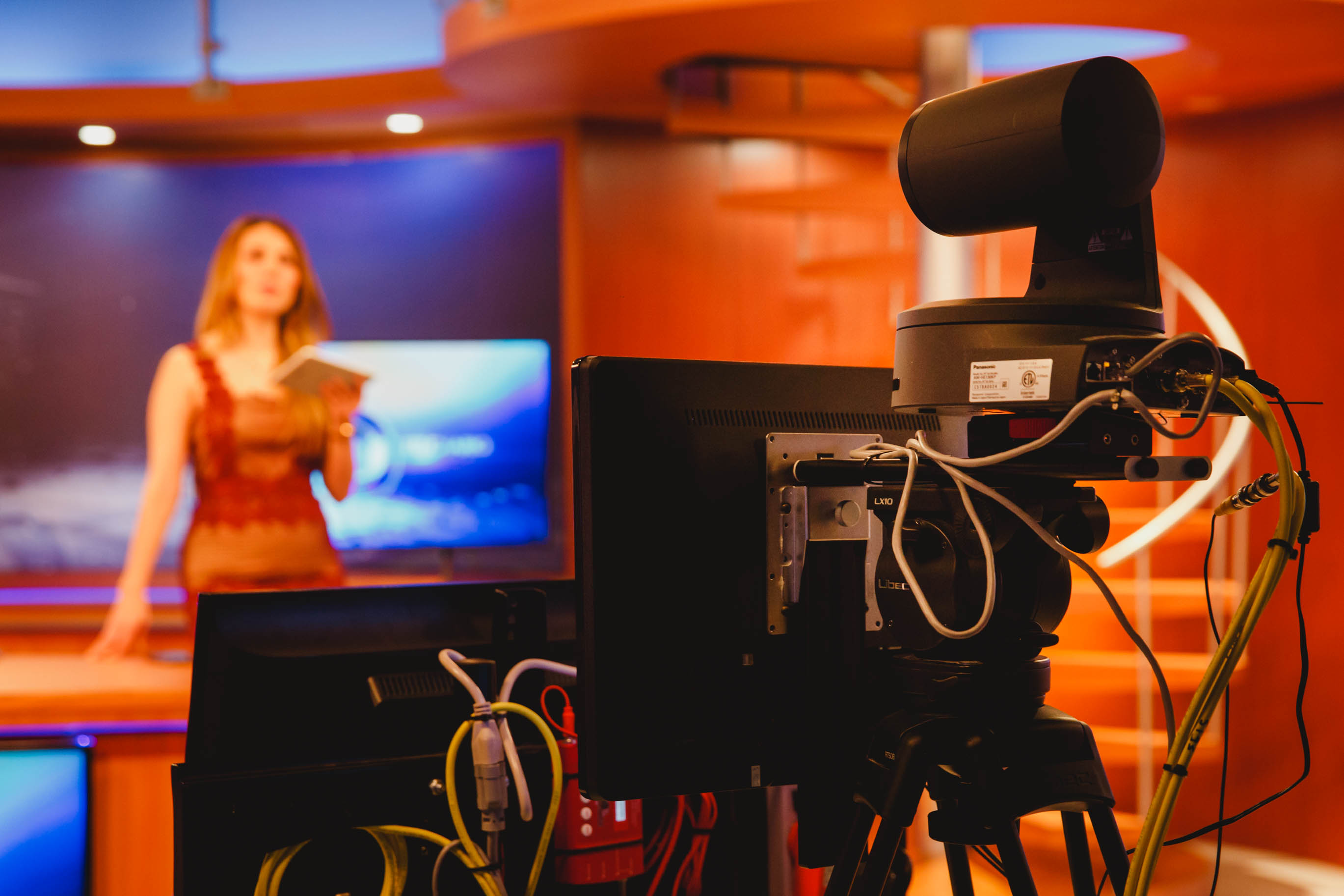