Sports are very friendly to produce on TV. The problem is that not every production can hire a 53’ sports production truck, and everyone producing live TV coverage wants the program to look like they did. 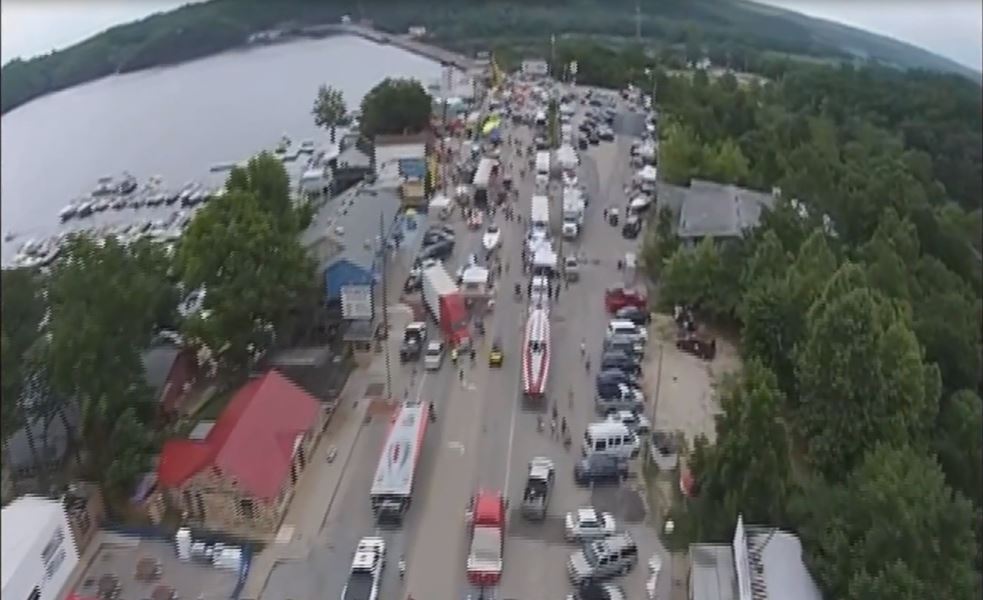 Lake of the Ozarks is more than 90 miles long with 1375 miles of shoreline and about 70,000 private docks. It’s the largest privately owned lake in the US, built for power generation and recreation, owned and operated by electricity provider Ameren Corporation. The Lake of the Ozarks is voted the best or one of the best lakes in the country in every poll. And, it’s not just in the boondocks, it is the boondocks.

Viper Communications has been covering the Lake of the Ozarks and the boat races for many years. What began as a live, local radio broadcast in the 1990s turned into TV when a single fixed-lens security camera was pointed out a window toward the racetrack and simulcast live with the radio audio by local cable provider Charter Communications. It was a humble beginning.

In the 21st century, the broadcasts have morphed into live HD multi-camera television coverage on KRBK FOX 5 in Springfield,Missouri and KQFX FOX 22 in Columbia,Missouri. Both races get three hours of live broadcast airtime, noon til 3 p.m., Saturday and Sunday of the race. Station-owned Dejero and LiveU units backhaul the program to the individual stations via high-speed internet connections. The events are also streamed to Ustream, attracting an international audience. To create new marketing opportunities and raise production values, the production switcher and graphics system was recently upgraded to a NewTek TriCaster. It makes the program sparkle. 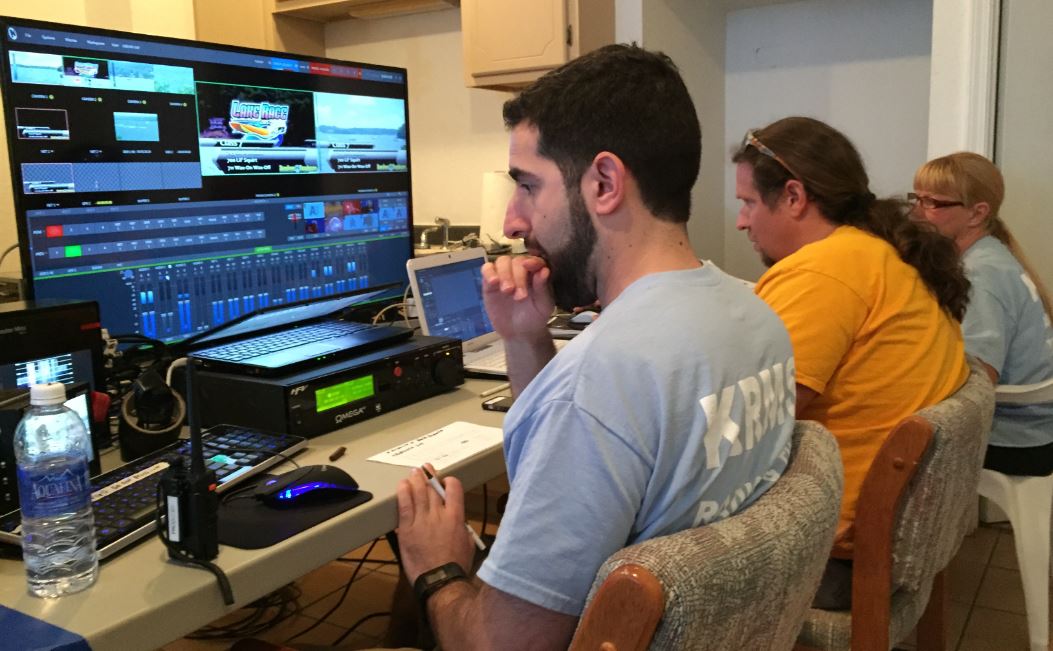 Production challenges are many. Both events are charity events with tight budgets. The most difficult challenge is getting signals from field cameras from across the lake back to the studio. In the SD days, we used private 2GHz microwave systems. HD made them obsolete.

We decided to rent bonded cellular gear for field camera backhaul because it was the least expensive technology available for the job. The bonded cellular camera-studio backhaul systems were tested on-location a few days before the events. By all objective measurements, they always looked good before the races. Then the spectators started showing up.

There aren’t that many cell towers near the water at the Lake of the Ozarks. Of those few, most are ATT or Verizon. They’re usually reliable when the local population of 10,000 or so routinely and randomly uses their phones. Most spectators on or near the water, estimated to be about 50,000 or more, can only ping one or maybe two cell towers. 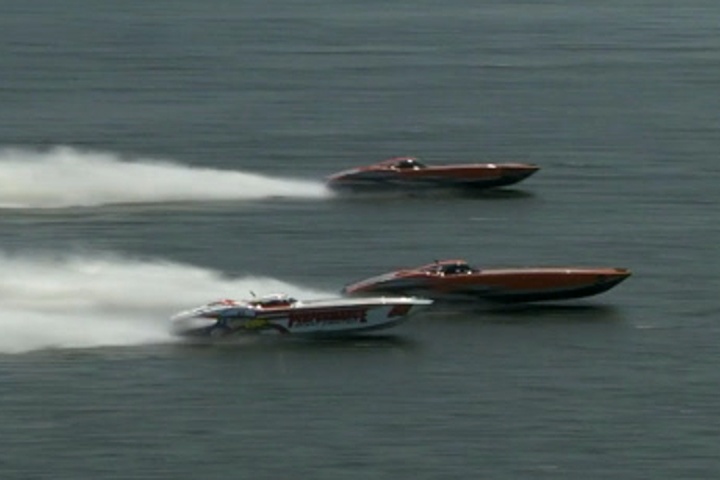 While using bonded cellular units for our camera-studio connections, we noticed the picture degrade from time to time, which appeared to be consistent with cell phone traffic. Using software from the bonded cellular manufacturers, we could watch cell tower bandwidth wax and wane randomly over time. The bandwidth issues weren’t too objectionable, and we had no better options other than expensive broadcast microwave rental gear for thousands of dollars per camera per event. Our bonded cellular connections always worked great before thousands of spectators with cellphones arrived. Then, it sometimes got iffy. We knew this might someday be a problem.

Last fall, the Shootout was the site of a spectacular yet tragic race boat accident that became instant national news. At about 10 a.m., a bright red race boat traveling over 170 mph flew about 50’ in the air and flipped near the finish line. It was a beautiful brand-new boat and apparently everyone with a cell phone was recording a video of its first-ever run. Within minutes after the crash, local cell networks were jammed and our field camera images turned to digital blocks. For the next couple of hours, bonded cellular bandwidth and output was miserable. Most camera shots were necessarily in-studio. Lesson learned. It was time to find a more reliable backhaul system that didn’t rely on public networks.

A local cable TV marketing friend suggested we try Wi-Fi for backhaul. His company was laying fiber in the area and using Wi-Fi for temporary last-mile solutions to get his cable system to customers before the fiber could be buried. His experience indicated Wi-Fi had excellent reliability. He suggested unlicensed 5GHz Wi-Fi gear from Ubiquiti Networks. 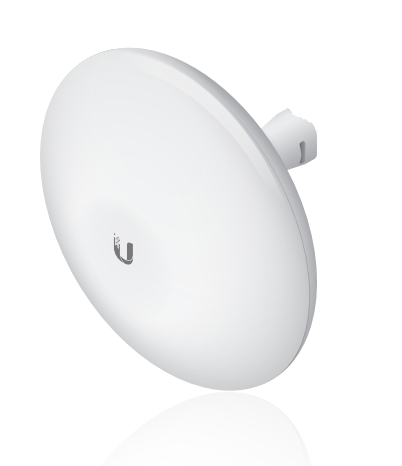 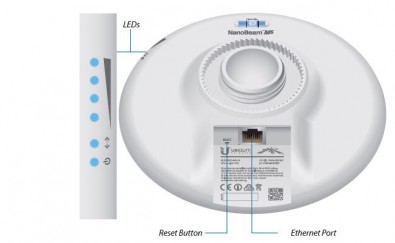 The Ubiquiti Wi-Fi gear was very inexpensive and available on Amazon. We purchased Ubiquiti Networks Nanobeam MR NBE-M5-19 High Performance 19 dBi airMAX Bridges for each camera position. The receive site consisted of a single Ubiquiti Rocket M5 5GHz airMAX BaseStation with an AMO-5G10 2x2 MIMO Omni Antenna. It mounted on a pole outside the control room, as line-of-sight to the Nanobeams as possible. The complete multi-camera RF system cost about $700. All we needed was an IP switch, encoders, and decoders. The IP switch was the easy part. 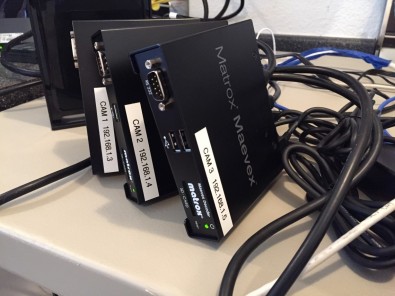 Finding affordable encoders and decoders to do the job in broadcast production quality 1080i required effort. There are more encoders than decoders on the market because people often decode with a PC. Most stand-alone encoders were rack mounted and too expensive. Stand-alone decoders were rare. After questioning several NAB exhibitors and more follow-up phone calls, the field quickly narrowed to one product line, Matrox Graphics’ Maevex H.264 series of encoders and decoders. No one at Matrox had heard of using Maevex for Wi-Fi broadcast camera hauls, but nobody could think of a reason why not, either. We ramped up our courage and ordered a single Nanobeam/Rocket system to test.

Rainy weather made us set up the test system down the hall of the radio station office. It worked perfectly. It was a controlled indoor situation but all indications pointed to robust success. Two more Nanobeam Bridges were ordered, bringing the total Wi-Fi backhaul camera Nanobeams to three. One Rocket BaseStation received all three Wi-Fi signals.

Once all the equipment was received, it was field tested on the race course. The longest backhaul was approximately two miles, the other two cameras were more than a mile each, all mostly over water. We began seeing live pictures before we scientifically aligned any antennas. 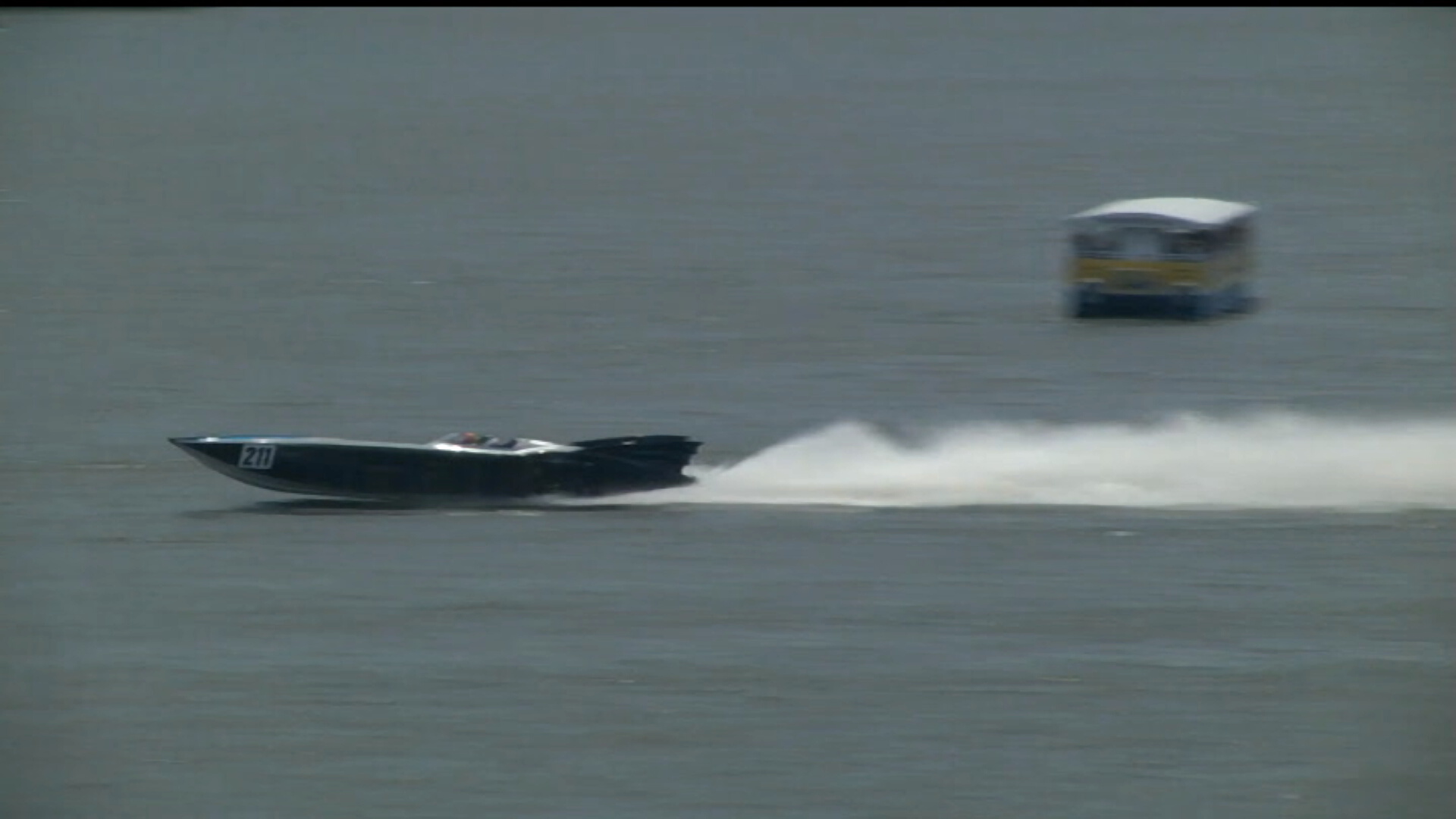 Wi-Fi is two-way, so signal strength is important at each end. The Nanobeams and Rocket airMAX BaseStation had built-in signal strength LEDs, making it simple for accurate three axis alignment. The Rocket BaseStation also comes with proprietarily 5 GHz-band spectrum analyzer software to load on a loptop. The spectrum analyzer identifies all detected 5GHz Wi-Fi devices and tracks all open channels. It uses this data to build a list of the best automatic channel choices for the most reliable Nanobeam connections.

Each field position included a camera, tripod, Maevex encoder and a Nanobeam bridge. The encoder set the IP address for the stream. At the receive site, the Rocket airMAX BaseStation received the IP streams from all three field camera Nanobeams. An IP switch routed the streams to their respective Maevex decoders. From that, each decoder provided a unique HDMI camera signal to the TriCaster Mini’s camera inputs. For all intents and purposes, the IP over Wi-Fi systems was as stable and transparent as anyone could expect from RF-based video backhaul. 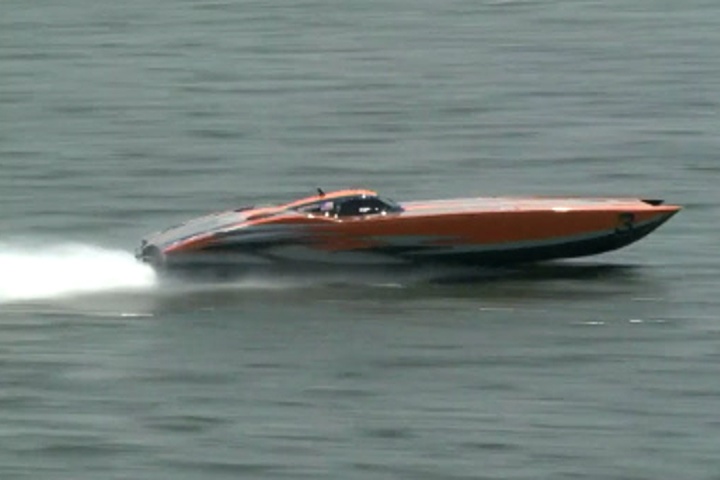 The Maevex system has a browser interface that displays a wide variety of relevant data. The data we watched most closely was the connection speeds. The system consistently provided 10-20 Mb/s bandwidth for each camera. There were no interruptions and few issues. If a channel were suddenly taken by another Wi-Fi device, the Rocket and Nanobeams automatically adjusted to avoid using that channel. They were invisible and transparent, just as would be real, dedicated, and licensed broadcast microwave links costing thousands more.

The production with new backhaul systems was a success. Viper Communications owns the local AM talk and FM rock radio stations, where audience feedback is abundant and people like to complain. Monday mornings on the radio following a weekend of live TV race coverage are usually filled with TV audience comments. This time, many people noticed something was different and better. Ratings later revealed the live TV event was #1 in both markets during its time slot.

Viper Communications was recently chosen to produce the High Definition TV broadcast of the Offshore Powerboat Associations championship races November 20-22, 2015 in Englewood, Florida. The event will be carried by local ABC TV affiliate WWSB. What a great vote of confidence!

Check out our white paper: How to Stream Like a Professional 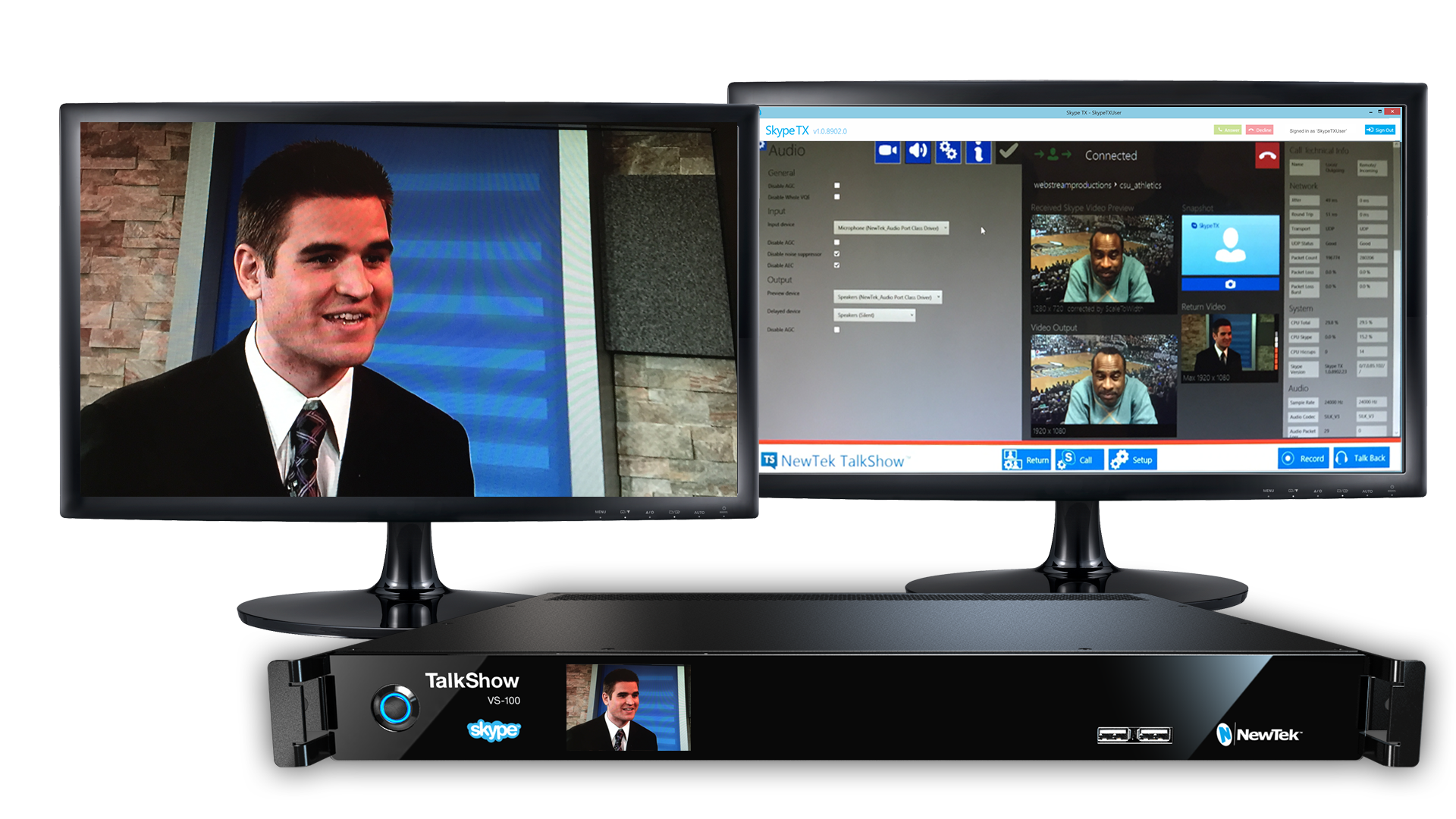 WebStream Sports Keeps Up with the Big Boys