How I'm Growing My Business! Q&A with Brian Sheil

After years of swimming against the tide, Brian Sheil is finally poised to catch an incredible wave—one with the power to transform the way high-profile television shows are produced.

As a Los Angeles-based Certified TriCaster Operator doing business as Entertainment Services LA (ESLA), Brian says that after 10 years of actively touting the ready-for-primetime capabilities of the NewTek TriCaster, his technical directing (TD) services are now in demand.

With their production budgets shrinking, network TV execs are proactively adopting TriCaster as a cost-effective alternative to the big HD trucks and heavy ironclad control rooms they traditionally relied on to produce shows for broadcast. Many start out renting TriCaster systems from equipment rental companies for use on specific shows, and then check NewTek’s Certified Operator Directory to find qualified operators to run them.

Brian’s now busier than ever, with TriCaster gigs ranging from live network shows, webcasts of red carpet events, national commercials, concert tours, and more. I sat down with him to ask how the NewTek Certified Operators Program is helping him grow his business and about the bigger picture—how TriCaster is quietly transforming network TV production.

Claudia Kienzle: What are some of the big network shows and events you’ve worked on recently?

Brian Sheil:  I’ve been doing a ton of work for MTV and Viacom, including the MTV Movie Awards Live Red Carpet and MTV Video Music Awards Press Backstage live stream events every year since 2006. I’ve also worked on The Straight Out Report on MTV’s LoGo channel, many shows for VH-1, the American Music Awards and Academy of Country Music Awards for Dick Clark Productions, The Breeders Cup-International for HRTV, and many shows for Spike TV, to name a few.

Claudia Kienzle: What insights can you share about trends taking shape in network TV production?

Brian Sheil:  People need to wake-up and realize how many network TV shows are now using the TriCaster. A key driver is that they’re looking to maximize their production budgets by cutting costs wherever possible.

It used to be very challenging to sell the idea of using the TriCaster on live network telecasts, especially to equipment snobs who believe you need to be using equipment from Grass Valley, Sony, or even Broadcast Pix to get the job done right.

But, I’m winning the battle with the equipment snobs because they’re seeing what TriCaster can do. And next year, as budgets get tighter, I’ll be winning even more! This is a great time to be marketing TriCaster services because of the value I can bring.

Claudia Kienzle:  What is the value proposition for big networks, especially since you would think they have plenty of money for production?

Brian Sheil: Well, you would be wrong. In fact, you couldn’t be more wrong. As their budgets get tighter, they’re looking more closely at every line item, from equipment costs to travel budgets to personnel.

Since TriCaster is an integrated production switcher, I’m not just replacing their high-end video switcher with a more affordable unit. I’m also replacing at least two video playback devices, a live graphics system, a video hub, distribution amplifier, audio interface, monitor wall, live web streaming device – and all the operators needed to run all those separate systems. That all adds to the cost and complexity.

Plus I can pack a TriCaster into a pelican case, and fly to any production location. There isn’t the expense of a big HD truck or the time needed to drive it long distances. There are so many facets to this. It comes down to this: With the TriCaster, I can deliver the same high-quality live production standards they’ve come to expect for much less, saving them a lot of money.

Claudia Kienzle: Besides your TriCaster TD and operator services, what TriCaster gear do you provide?

Brian Sheil:  ESLA’s inventory includes a TriCaster 855 Extreme, 460, and 300. The 460 was recently upgraded from a 455 and I’ve since loaded TriCaster Advanced Edition onto that. We also have other broadcast gear including a 20 ft. jib, Sony PMW-EX3 and EX1 cameras, Panasonic HVX-170 broadcast cameras, and a Tascam TMD4000 digital audio mixing console.

I have a NewTek TalkShow VS-100 on order and in fact, I’ve already got some jobs booked where I’d like to use it. TalkShow is going to explode in network TV usage, especially for webcasts and live shows, because it’s just a great piece of technology. People are going to use it like crazy because it solves one of the biggest challenges we’ve had in live production—bringing live Skype video and audio into your switcher at the highest possible quality.

Claudia Kienzle: What TriCaster features have impressed your network clients?

Brian Sheil: There are many, but I’d say the keying and virtual sets are outstanding. I’ve actually had clients ask me to fix greenscreen-keying problems on projects done using other systems. They’ll bring it to me to fix because they know that the TriCaster can fix them quickly with very clean keys.

The virtual set feature proved itself on a national commercial we shot for Buick, through Leo Burnett, a powerhouse ad agency in Chicago, and Prettybird Productions (Culver City, CA). The commercial really pushed the boundaries on virtual sets to create a live news spoof that would fool and stun the people watching it on monitors in a car dealership.

In production, I used the TriCaster’s virtual set system to create the effect of a news presenter talking on a virtual set. Then in real-time, it appears as if the channels are suddenly changing. But with every channel change, the same on-camera presenter is still talking only he’s now in a completely different virtual news set, including a Korean one.

I don’t know of any other system with the ability to switch out virtual set backgrounds on the fly like that, let alone cost-effectively. This was for a spare-no-expense national spot that could have used any technology, and the TriCaster really delivered.

Claudia Kienzle: How has the NewTek Certified Operators Program helped you grow your business?

Brian Sheil: Well, when that national Buick spot rented the TriCaster from VER, a Los Angeles-based equipment rental company, they asked for referrals to qualified operators. VER referred to the NewTek Certified Operators directory and that’s how they found me and I got a really great job out of it.

It’s not often that a national commercial campaign is looking to use a TriCaster, and so finding an operator for it would be like looking for a needle in a haystack without the Certified Operators list. I’ve even used the California list to hire TriCaster operators for ESLA projects, including Emily Goodwin, Tomas Fernando-Calvo, Brett Collins, Ron Vargas, and Christopher Lundy.

There are only 23 TriCaster operators on the California list. Florida has 12, Colorado has 5, and Louisiana, Kansas, Iowa, Ohio, and a few other states only have one operator listed. This test is no joke, so when I see someone’s passed it, I know they’ll deliver beyond the call of duty.

Claudia Kienzle: Since TriCasters are in wide use, why are there so few operators on the list?

Brian Sheil: Let me tell you something, the test is not easy. And you’re not allowed to have the machine with you when you take the test. So you just have to know all this stuff, not only about the TriCaster but other NewTek products like LiveText and third-party systems that might interface with it.

The test is online, but you have to take it at a TriCaster reseller’s location because it’s monitored. There’s a practice test online and I took it a number of times and had to go back to the product guides because I had a few wrong answers.

Even with my practical video production experience, and working with TriCasters going back to the Video Toaster days, I still found it to be a very challenging test. And you have to retake it periodically to get re-certified because NewTek is continually adding new features and upgrading the product line.

Claudia Kienzle: Is it easy for operators to go from big console switchers, like the Grass Valleys of the world, to become a TriCaster operator?

Brian Sheil: It’s actually not because the TriCaster is so much more than a switcher. It’s a virtual control room in a box. It’s not just learning new software, there’s hardware involved too. That’s why I say that equipment snobs just don’t realize how deep this technology is. But they will because we’ve reached a tipping point, and now the TriCaster is in demand. And I’m very happy to be catching the wave that’s bringing this next-generation platform into the forefront of network TV production. 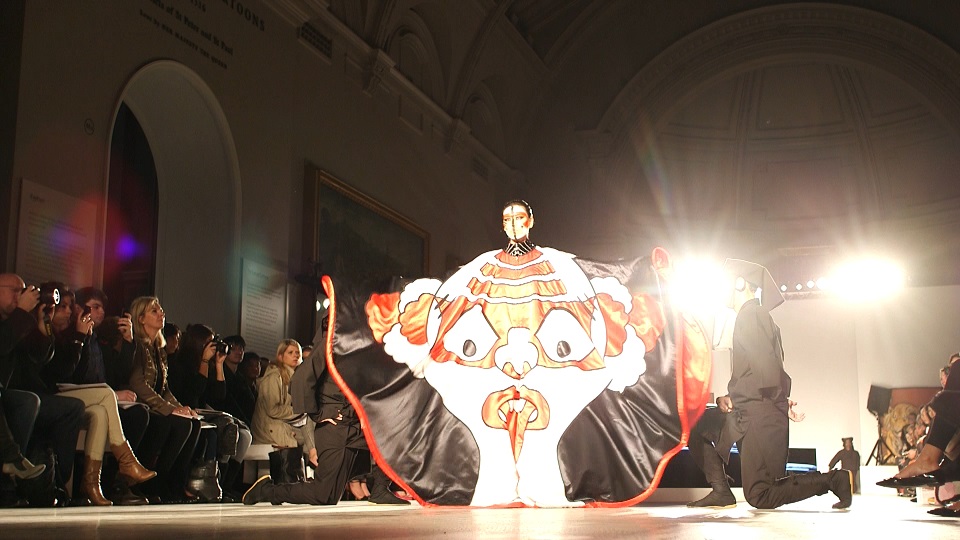 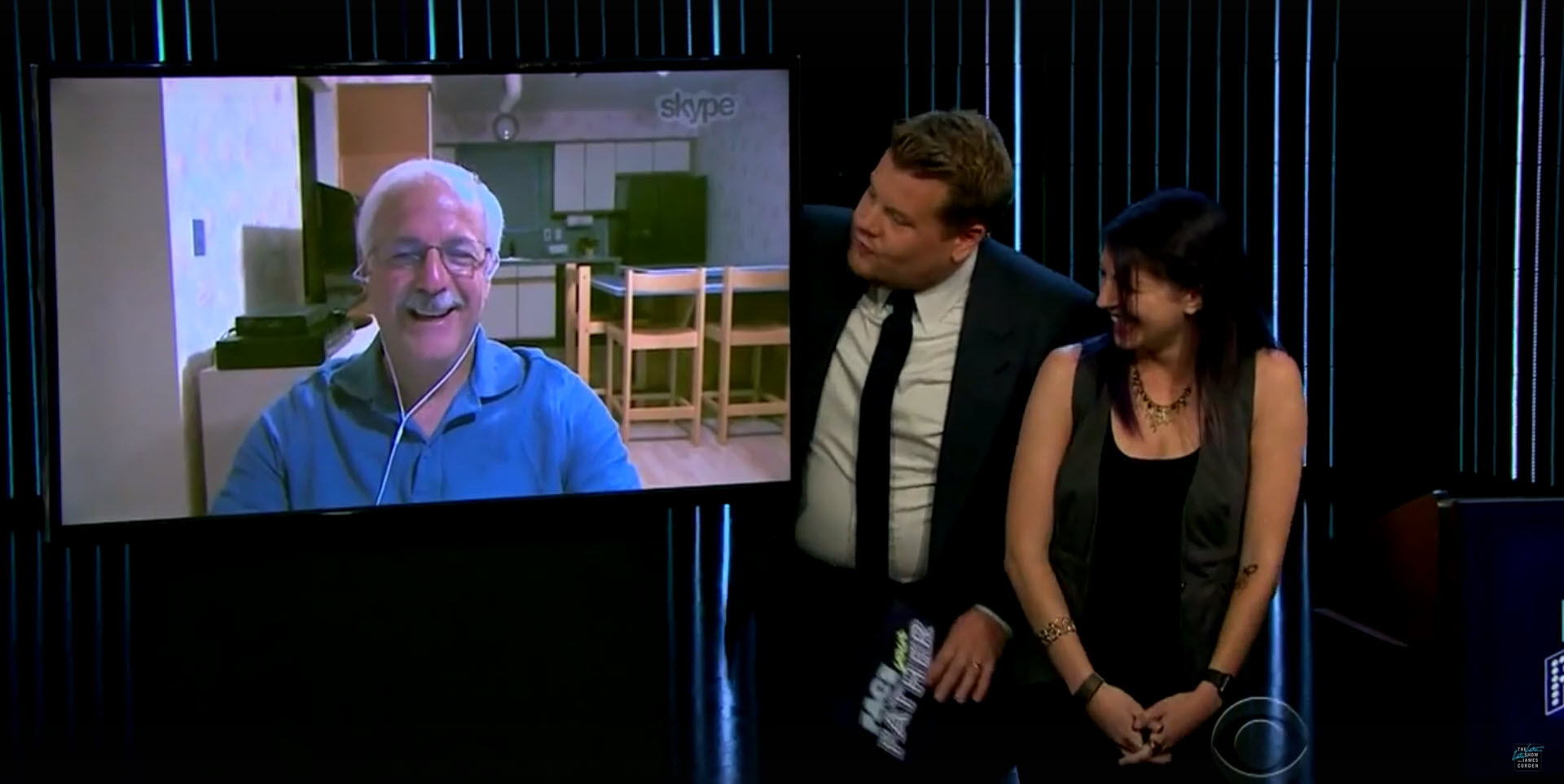