If you want to know the latest news about your favourite film franchise, or can’t wait for a sneak peek at the trailer of a new game, you’d better head to IGN.com to get your fix of games and entertainment. Video is becoming core to IGN.com’s coverage of everything from Avengers to Zelda.

“Users come to IGN because they want the very latest games and movie news,” says Alex Simmons, editor in chief. “We embrace ‘geek culture’. That passion comes across in everything we do, from in-depth analysis of the latest trailers to broad critiques of the latest releases.”

It’s hardly surprising that IGN’s audience wants to see what games look like as well as read about them. “What we’ve seen since YouTube exploded a few years ago is that people show what they’re talking about. Our audience wants to know whether to see a film or whether to spend £40 on a game, so they can opt for a 2,000 word in-depth analysis or a four-minute video. It’s about giving our audience choices how to consume content.”

“Video within the games industry is really interesting - the bigger outlets are producing great high-quality content, and then you’ve got the YouTube generation who are growing up with access to cheap camera gear,” points out Rich Bearpark, video producer. “These guys are making game-play clips and commentaries, and collaborating with each other on YouTube – it’s not great quality but it’s getting millions of views and generating huge ad revenues, and we need to compete with that. Our production values are far higher, and alongside that, the way that we frame and contextualise what we’re talking about is what sets our content apart.” 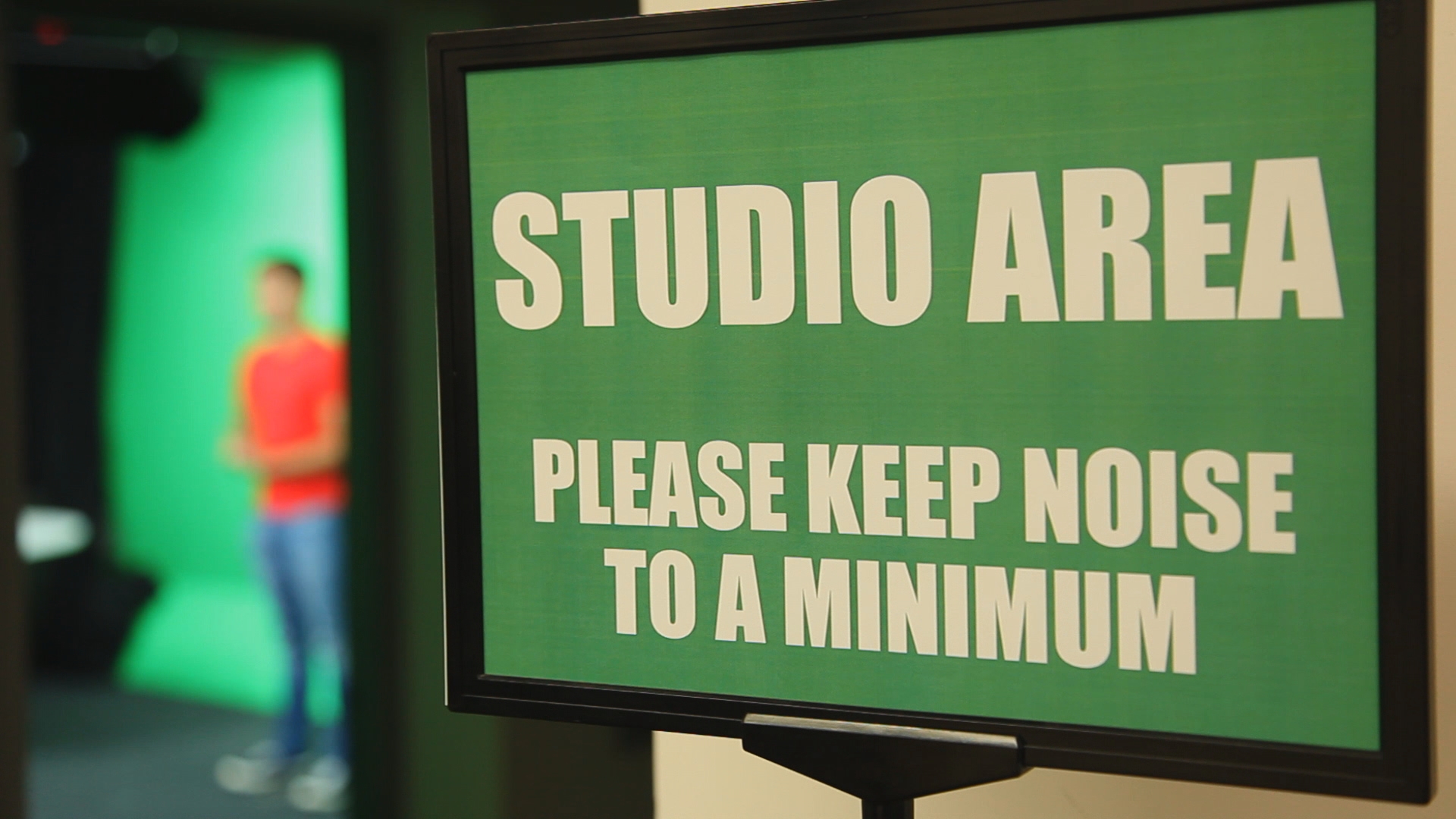 IGN’s UK operation started creating videos about three years ago; they began with a single camera and light, and the team had to share space so the equipment had to be packed away after every shoot. An opportunity to improve this less-than-ideal situation arose when IGN moved to a larger office.

“Suddenly we had room for a dedicated studio space, and it was at that point that we thought, ‘how can we make the most of video? What cool stuff can we do?’” says Alex. “Our US counterparts have been producing video longer than us, but now we have a strong UK voice on the IGN.com website that reflects the international nature of the gaming and entertainment markets. We create and upload 8-10 videos every day.”

The three-strong video production team has made clever use of limited studio space, dividing it into three distinct areas: a set for stand-up conversations, a sofa area for interviews, and a big greenscreen area used mainly for live keying. The studio has two cameras - a Canon XF300 and a Canon XF305 – and an Ianiro Fluorescent lighting rig, with an adjacent gallery housing a TriCaster 460 with control surface, and a separate Yamaha MG166-c audio mixer. 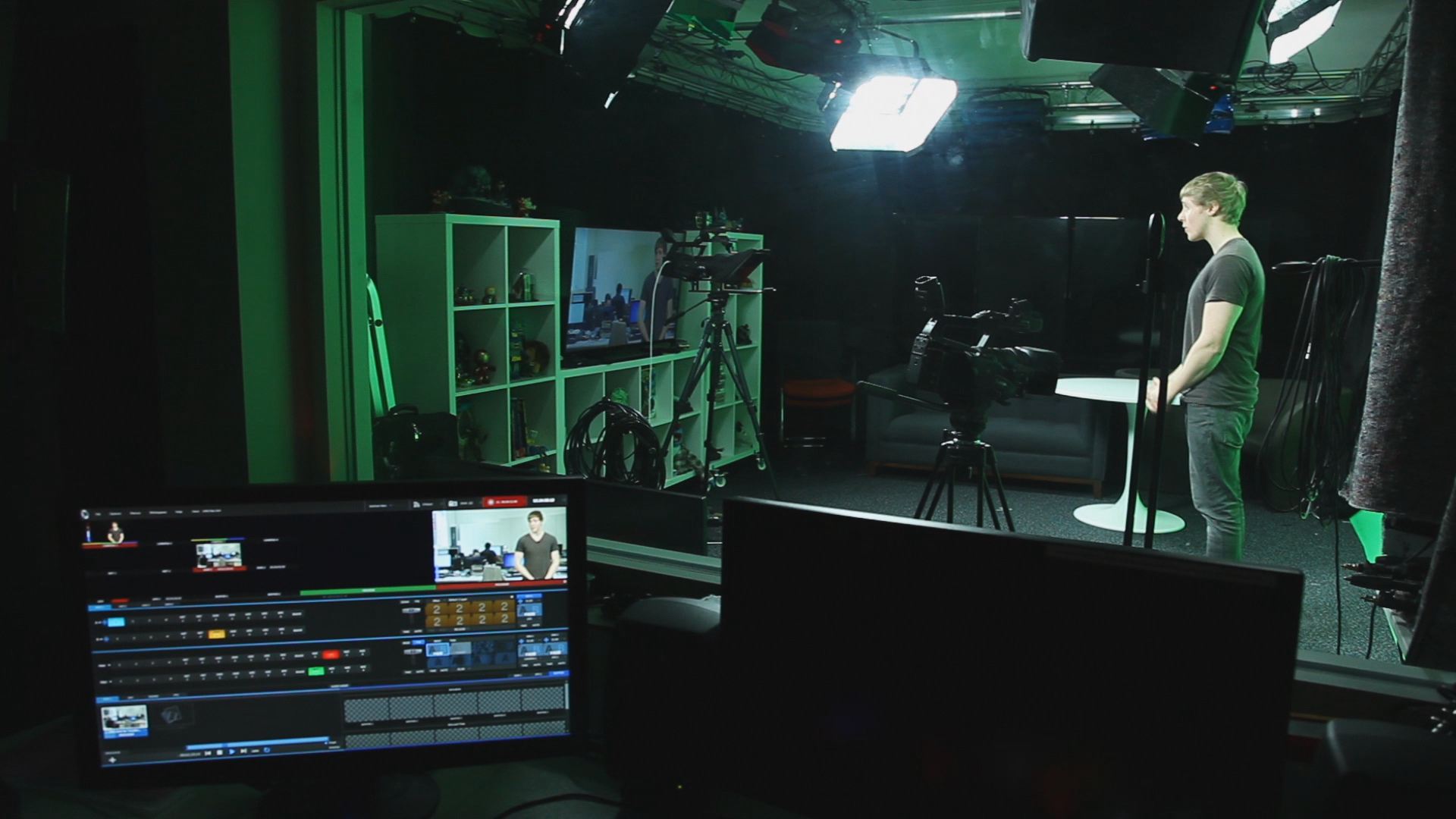 “I used a TriCaster at university, so I was really familiar with it and wanted to bring it into IGN UK. It helps us to speed up our workflow and processes, enabling us to get more video on our site each day,” says Rich. “We have a lot of time pressures to meet deadlines – we want to be the first and best with news, so we need to get lots of videos shot and edited as quickly as possible, while retaining that studio quality and polished look. We are only able do that by getting the most out of our professional equipment.”

It’s particularly important for IGN as the leader in its field to be first with the news - and to have it look professional. “We use the TriCaster to live-key the presenter into a background shot of the office. Our presenter, Rory, can do the whole thing himself – write the script, self-shoot, edit and upload – so that a video of a breaking news story is online within 30 minutes of us receiving it. We couldn’t do this without the TriCaster,” says Rich. 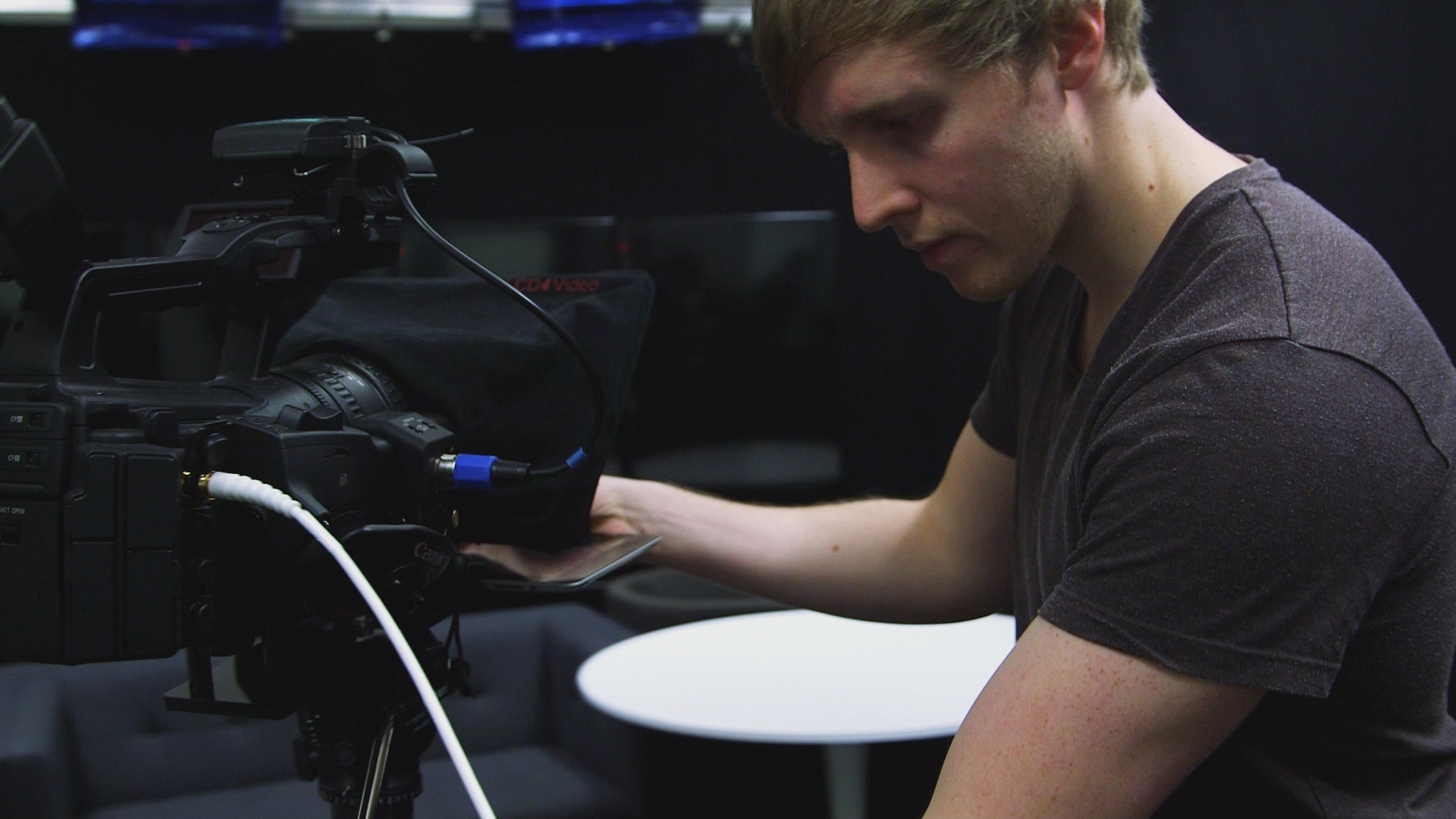 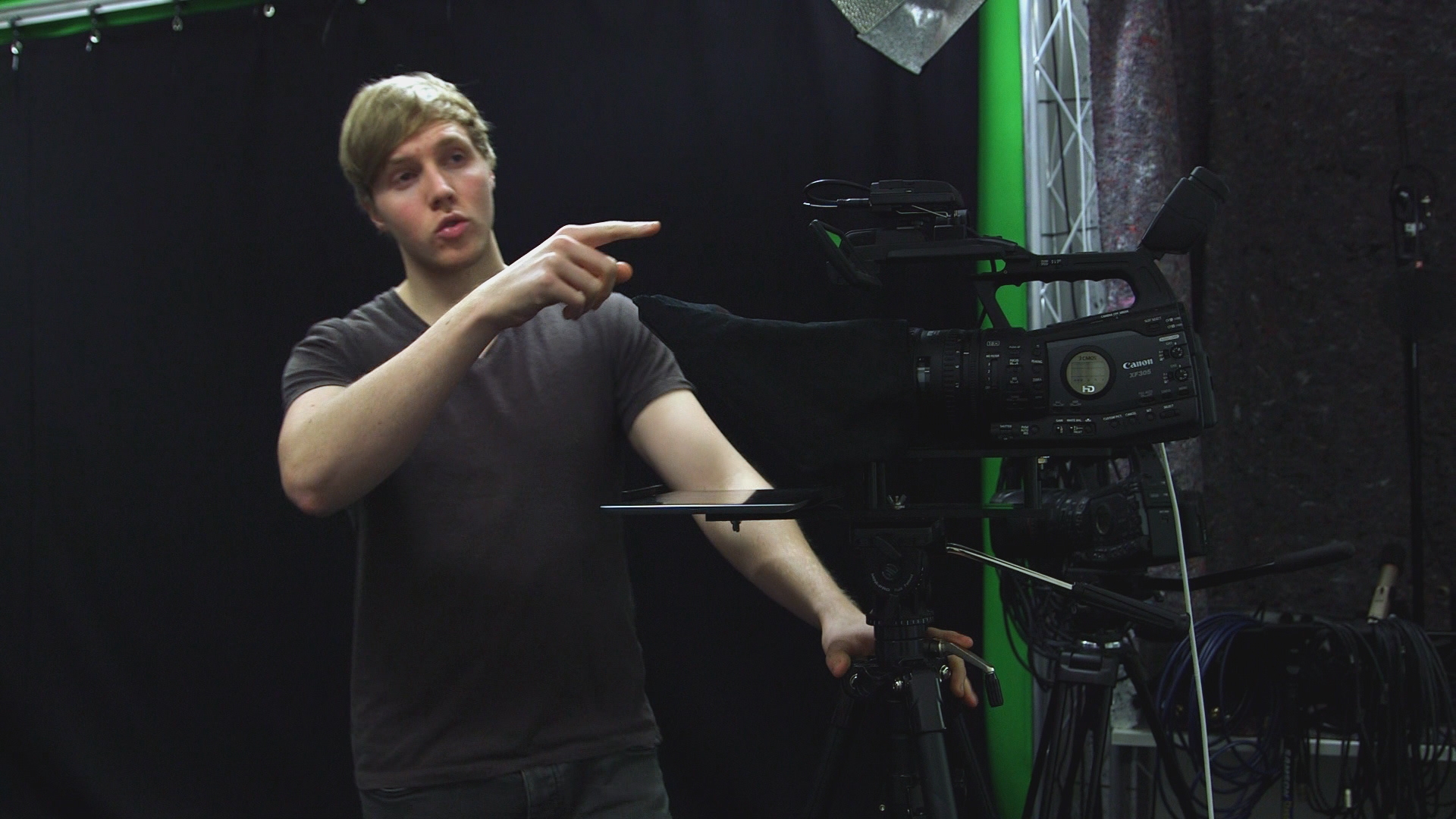 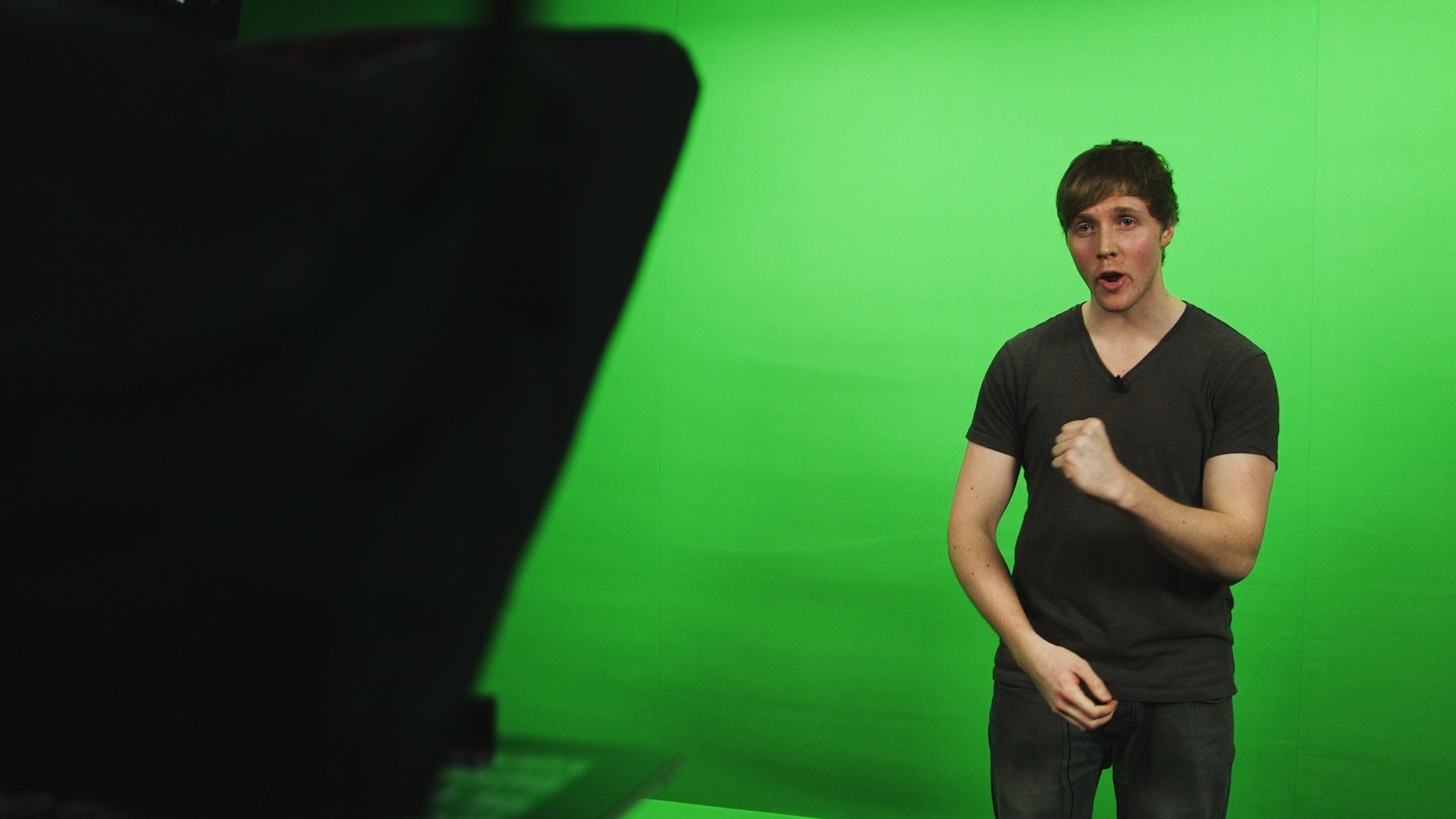 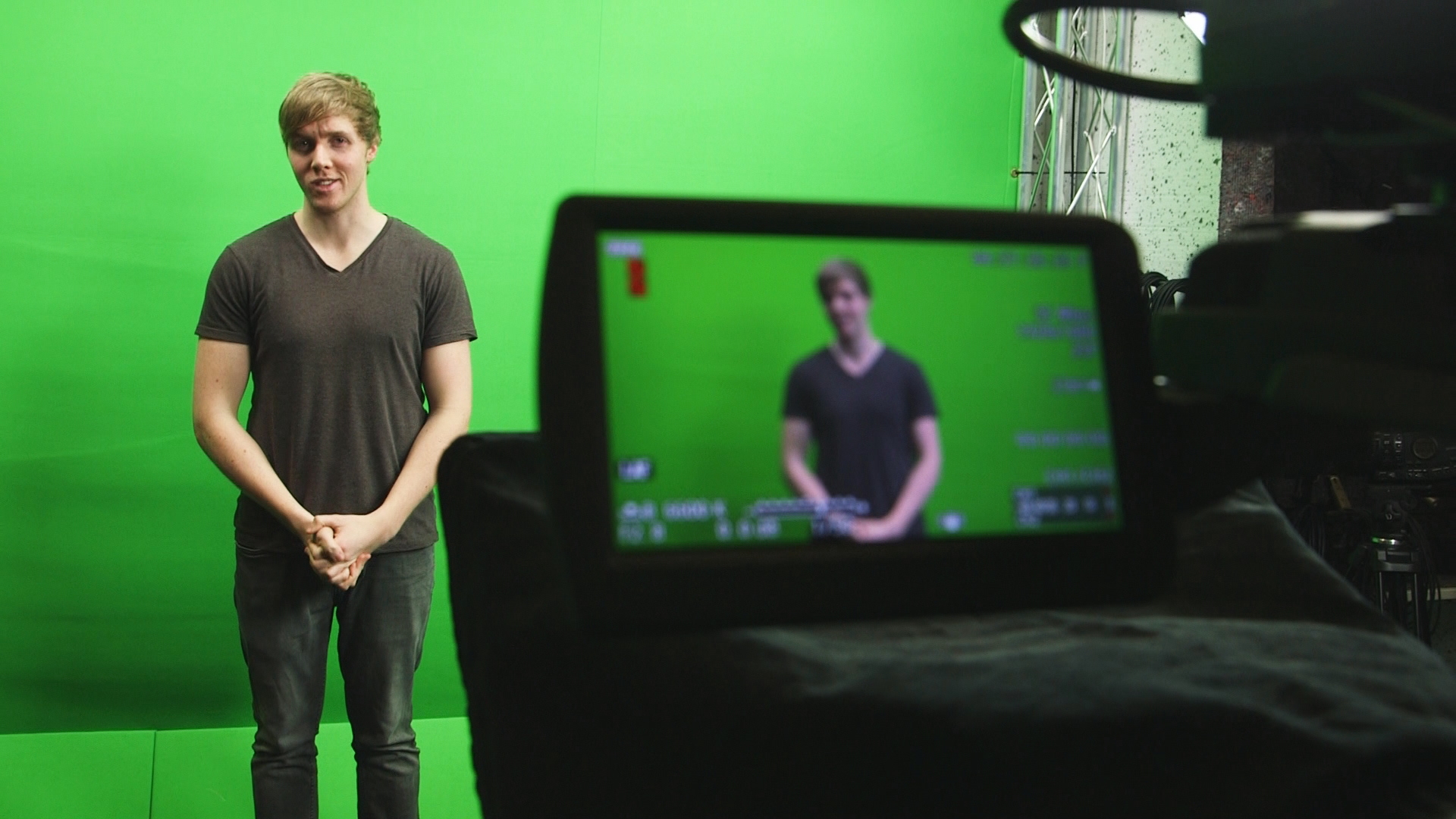 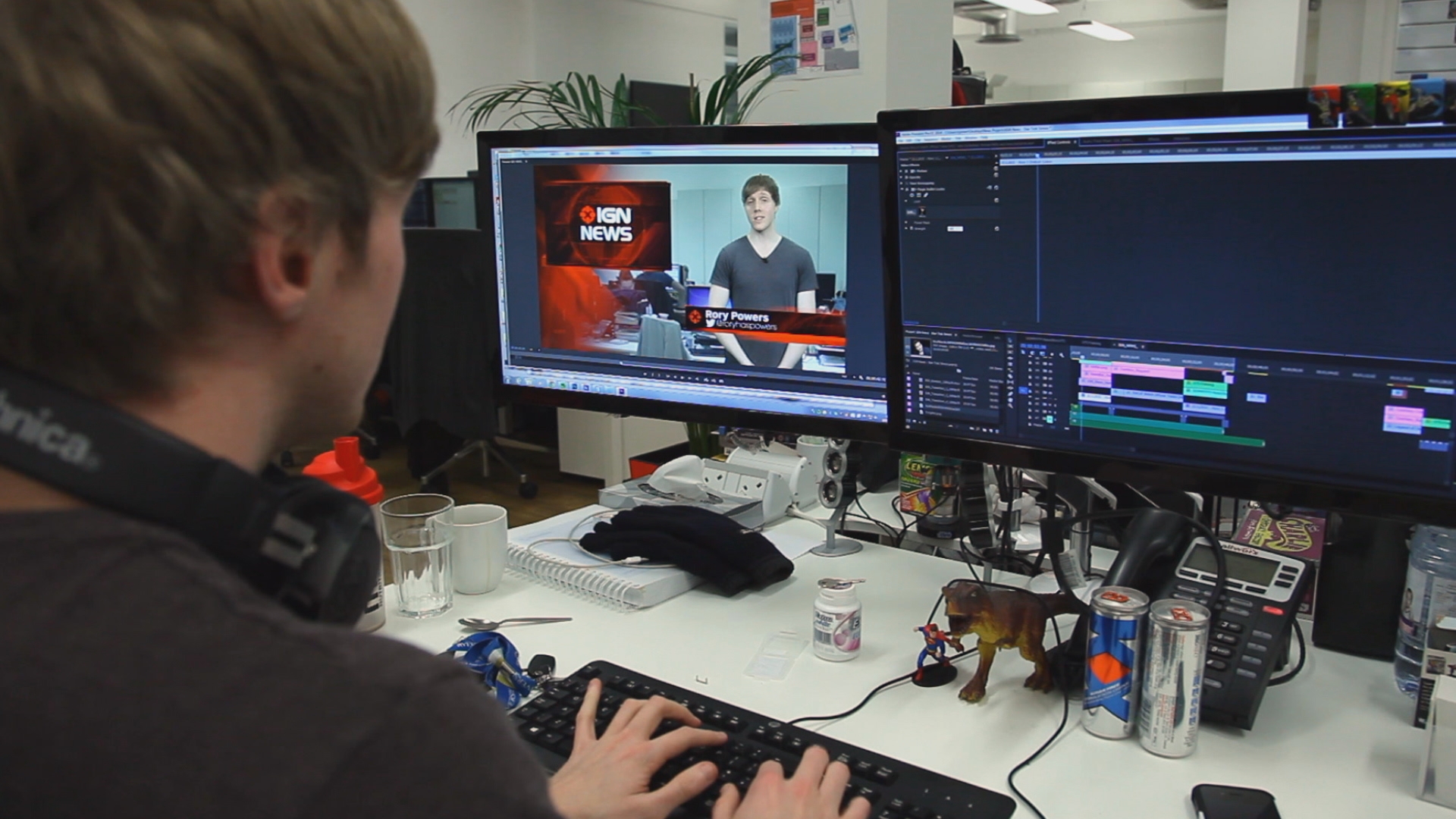 Alongside daily news and ad-hoc stories, IGN produces regular features including Rewind Theatre, a frame-by-frame analysis of a new game or movie trailer, and weekly shows including The Superhero Show - a weekly roundup of all the superhero news on the Internet, with clips loaded into the TriCaster to play out alongside host commentary.

Now that the editorial team is proficient at producing news video, they are experimenting to see what else video can offer the target audience. “We’ve done a lot of live streaming in the last 12 months, but we consider carefully when we use it,” says Alex. “If you’ve got ‘appointment to view’ video we make sure that there is something of value to present.” They are also looking at generating more long-form documentary-style videos, something that very few other outlets are offering. 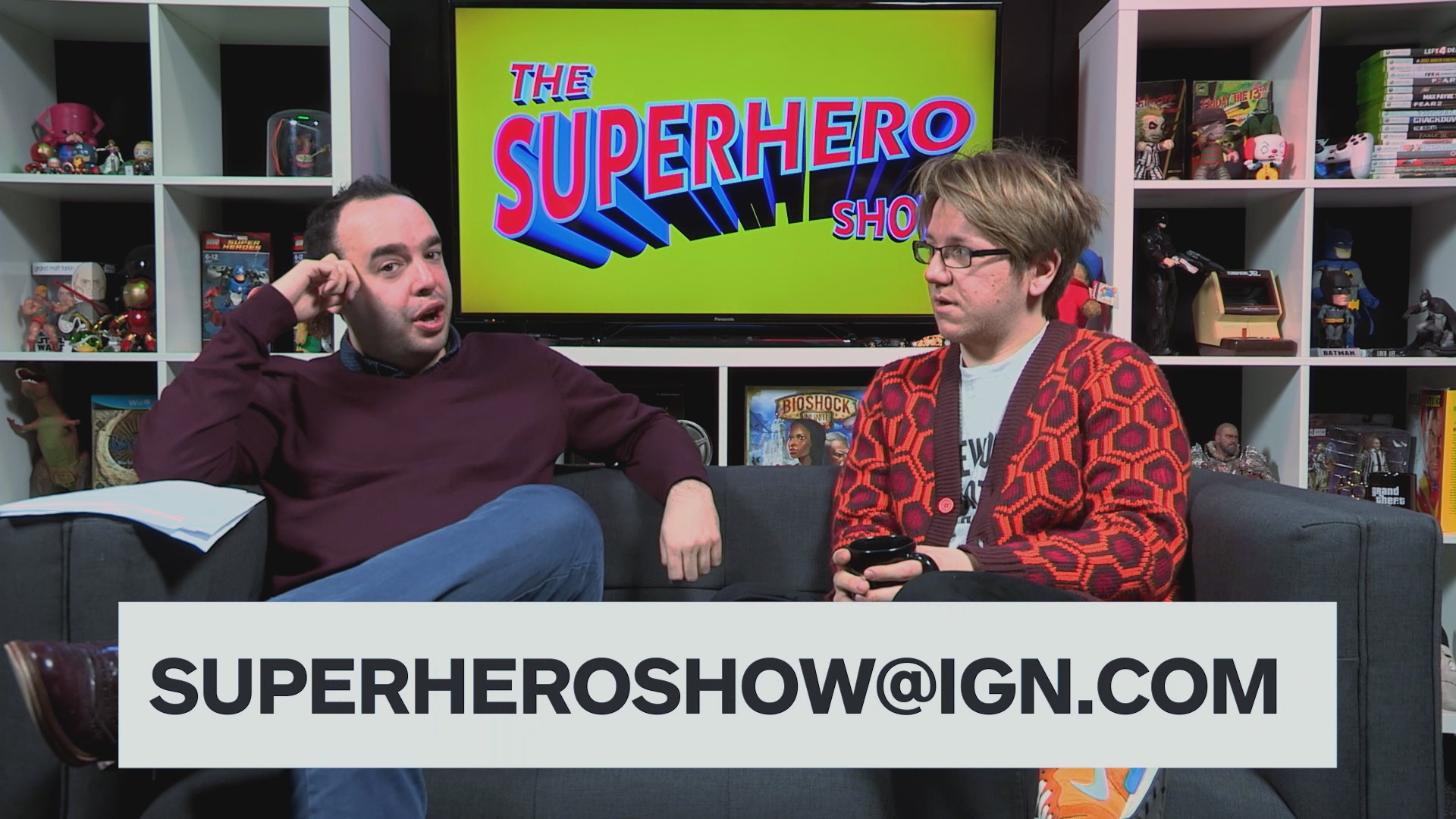 The team is conscious of what their audience want and how or when they want it; there is constant monitoring of web traffic to gauge the popularity of different items. “What’s interesting is the way people consume our video content,” says Alex. “People tend to watch a little bit longer on desktop because it feels like a more natural experience. If they’re viewing on mobile they’ll cycle through more videos but spend less time on each. We’ve also got apps that are native on PS4 and Roku, and people spend a lot of time on that – you can just cue up as many videos as you want and watch them in your living room. It’s your own custom TV channel.”

The increase in video content is important commercially for IGN. Views have increased significantly month on month over the last three years and have enabled IGN to generate more ad revenues. “Video tends to have a high revenue yield,” Alex says. “We can sell video for much more than a static page of content, and we’re also able to do more creative stuff for our advertisers, such as custom slates for show sponsors.”

Video has now become an integral part of IGN’s day-to-day existence and has changed the way the editorial team works – and thinks. “When I have an idea for a story, I now think, ‘would this work better as a written piece or as a video?’ Having these facilities on hand has entirely changed the way I view my job,” says Daniel Krupa, games editor. “People regard video as this alien medium that you should outsource but it’s something you should really do in-house, especially if you’re an editorially driven website - you should have your voice. Video isn’t something to be scared of, it’s something to embrace.”

Don’t underestimate the time and effort it takes to put video together. Five years ago we were doing primarily written articles and they’re quick and easy. Video in comparison takes a lot more time and effort, but I do think they’re worth it.

Make sure you know exactly what you want before the cameras roll. We spend most of our time doing prep work, working out what that video is going to be before it goes anywhere near a camera, and that makes the rest of the process so much smoother - you know what you’re going to get at the end.

For every minute you’re on the air you should dedicate fives minute of prep time, so even though you know what you’re talking about, you should absolutely know because you can’t check once you’re live on camera! 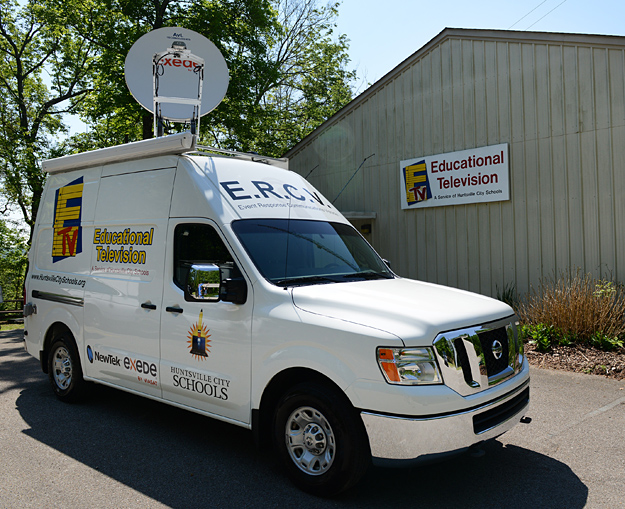 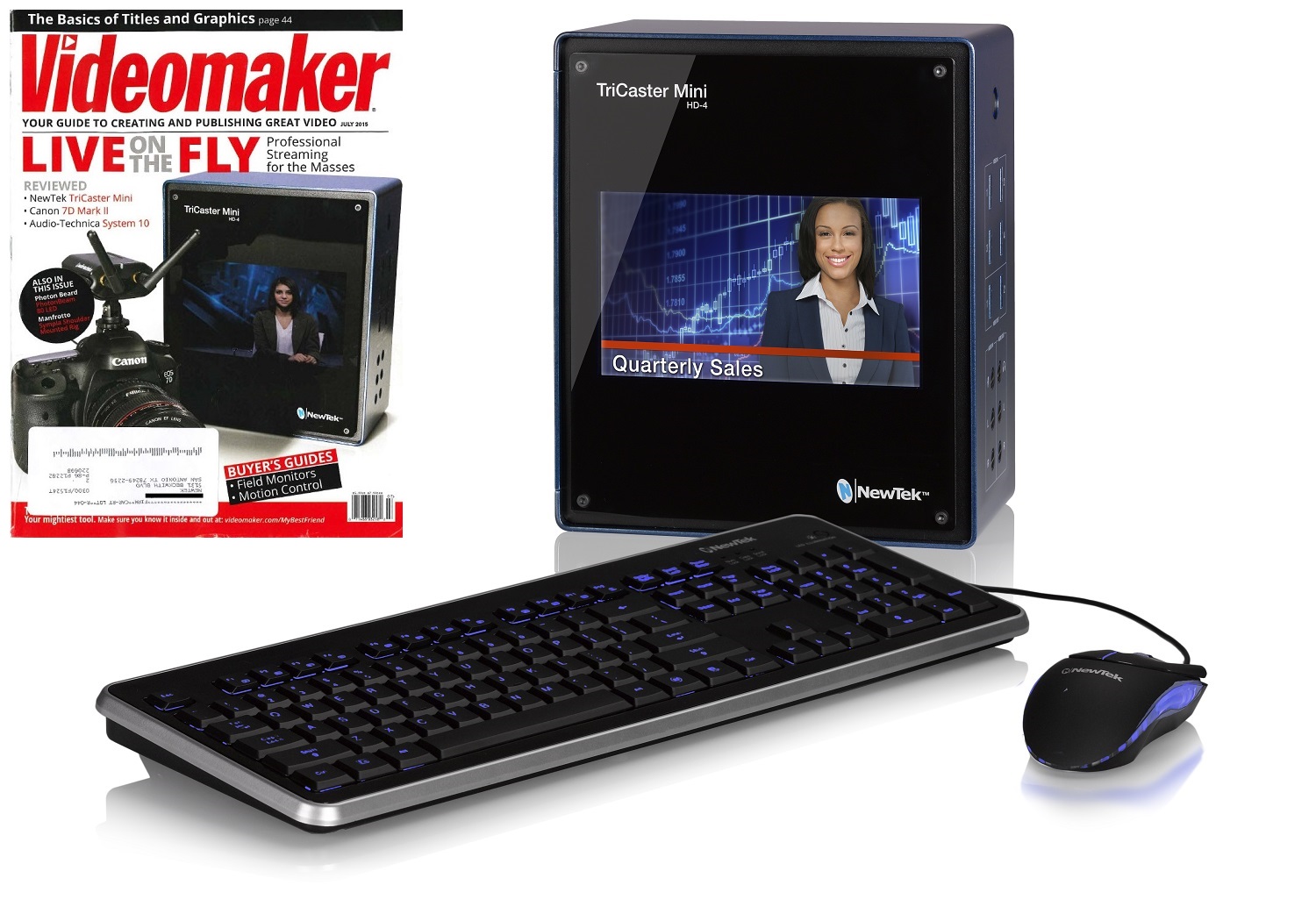