“The best way to reach a worldwide audience is through streaming, and being able to provide that is HUGE for us.” - Sean Christensen, Director of Media, Basketball Travelers, Inc.

When the University of Maryland captured the Paradise Jam Championship in November 2013, tournament organizer Basketball Travelers Inc. posted a screen grab on Twitter of the triumphant team with its trophy even before the tournament’s broadcast partner CBS Sports was off the air with its game coverage.

“Increasingly, people are online while they are watching games on their TVs or streaming over the Internet,” he says. “They probably are sharing their thoughts about the game they are watching with Twitter. If we are posting game highlights an hour and a half after the game, we have missed the window to spread the word as the game is going on.”

Basketball Travelers, a company specializing in organizing tours and tournaments for U.S. college and high school teams in foreign countries, turned to the NewTek TriCaster 8000 production system as the centerpiece of its production setup for Paradise Jam, an eight-team NCAA Division I men’s basketball tournament held annually in the U.S. Virgin Islands. Complementing the men’s tournament is a pair of NCAA Division I women’s tournaments the following week, which Basketball Travelers streams online, as well. 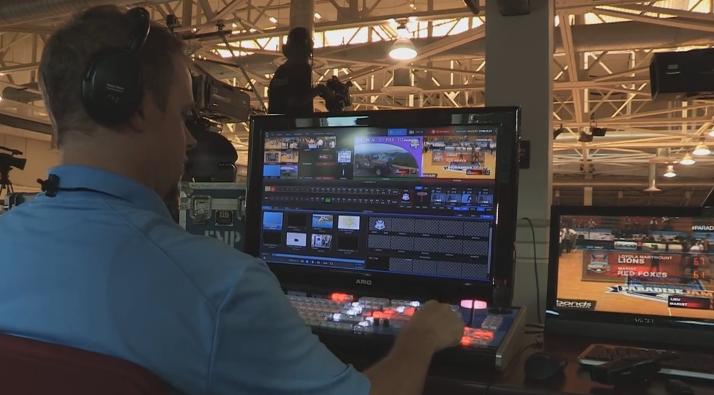 Brian Ratzliff, executive director, special projects, for Basketball Travelers, says that streaming live game coverage and highlights of the tournament is becoming a “huge component” of the company’s distribution model, simply because younger people want instant access to content on whatever device is at hand. “They are not going to a cable guide to find that. They are going online and finding that via social media. That is what is driving their awareness. So being able to use social media - and working in our case with partner schools that are attending our basketball events, as well as some media outlets that feel pretty good about promoting through social media - we are able to drive an audience into the kind of offerings we have that we are now streaming,” says Ratzliff.

This year’s Paradise Jam was the first time Basketball Travelers deployed TriCaster to do double duty as the platform used for its HD multi-camera, live streaming tournament coverage, and the source of game highlights and other content for new social media distribution. While CBS Sports held the rights to produce and distribute six tournament games for its domestic audience, Basketball Travelers’ TriCaster setup produced the rest of the games and streamed them live. “We put together a six-camera shoot with two up cameras, two down cameras and two GoPro cameras on the backboards,” recalls Christensen. “The ability to put that many HD cameras on with professional graphics and statistics from a folding table in the Virgin Islands. was amazing,” he says. 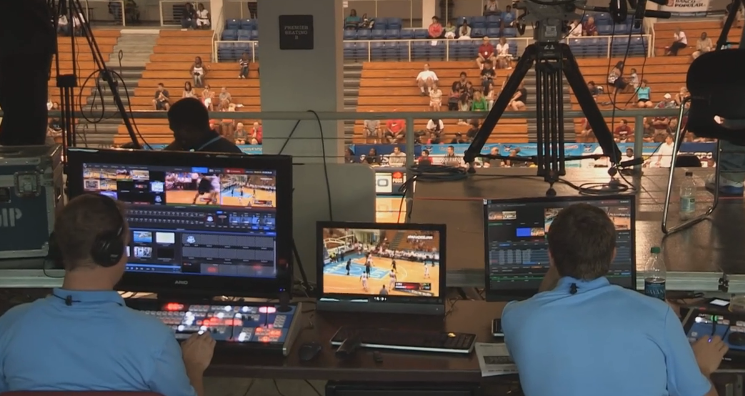 Christensen and his team had two main tasks to complete during Paradise Jam games: produce live streaming, HD coverage and create and post video clips and screen grabs of tournament highlights to a variety of social media destinations, such as Twitter, YouTube, Facebook and Instagram.

Conscious of production budgets, Christensen found the combination of the TriCaster production solution and 3Play instant replay system not only provided a level of game production on par with what viewers expect to see on TV, but also that is was an efficient way to go about the production. “The combination of TriCaster and 3Play basically saved us having to have another position on the crew,” says Christensen. “Rather than having just one person doing social media, the setup allowed us to reduce the number of people we needed to support our streaming and social media activities.” According to Christensen, the 3Play operator for the tournament not only put together replays and highlight packages for streaming game coverage, but also was responsible for doing screen grabs and clip packages for YouTube that were assembled and posted during dead balls, time outs and other breaks in game action. “The 3Play operator was able to make screen grabs and Tweet out pictures and upload clips to YouTube. Rather than just waiting for play to resume, we were active on our social media networks.”

NewTek’s 3Play, in particular, gave the streaming presentation of the games added sizzle not normally found online, says Christensen. “We are not exactly on the ESPN or CBS end of production, but you normally don’t see a lot of replay on a free stream of a game,” he says. “I got several comments from coaches after the tournament about how easy it was to watch our streaming coverage and how they wished they could get this quality of production online, all of the time.”

Ratzliff, too, received good feedback about the quality of his HD production of the games for a streaming audience. “We had a comment from an NCAA Division I school who watched the streamed games and said that was the best streaming experience they had ever seen online. We were ecstatic with how it looked from a viewer’s eyes, and the schools that were there that had their games streamed reported back to us that their fans were extremely impressed with what they saw,” says Ratzliff. Christensen adds he was pleasantly surprised that the person running 3Play only needed two days to learn the replay system before using it without hesitation for the production on Paradise Jam. 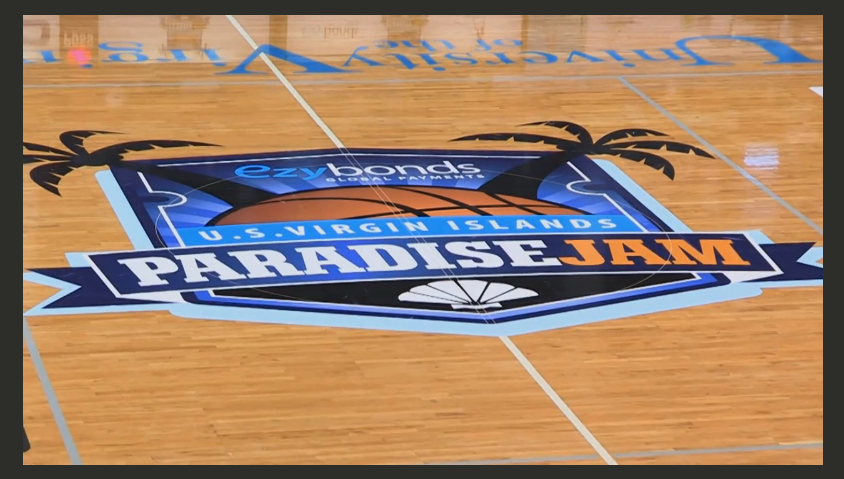 Last year’s Paradise Jam experience with TriCaster and 3Play simply whetted Christensen’s appetite for finding new ways to enhance Basketball Traveler’s video offerings in the future, and he has already identified one area for improvement, he says. Typically, Basketball Travelers provide the video coordinators of participating universities with DVDs of the games. While using TriCaster at Paradise Jam, Christensen learned it is possible to upload to the Internet on-demand game segments, such as the first half of the game, even while TriCaster is being used to produce live streaming coverage of the game.

“If we can upload as we go, most coaches will be happy to have the opportunity to download those files, so they can review a play at half time. That will definitely be an improvement over DVD distribution,” he says. TriCaster also will enable Basketball Travelers to stream coverage of other collegiate athletic competitions. BTI, another company managed by Basketball Travelers, puts together a variety of events, including the World University Games for Team USA, and a host of other tournaments around the world.  “We want to show these games to the world,” says Christensen. “Having TriCaster means you are going to start seeing a lot more college athletics streamed online by our company.” Ratzliff adds that the impact of TriCaster on sports production extends well beyond Basketball Travelers.

“I think the reach for NewTek is truly worldwide,” says Ratzliff. “One of the biggest obstacles to getting events back from overseas is simply the cost of satellite time. So to be able to deliver a high-quality product that people are able to see on a phone, on a tablet or on a computer is powerful.

“The technology is now getting so good you can deliver via the Internet, and you can conceivably see the day when most sports content you are trying to get back to the United States is going to be delivered through IP packaging like this.” 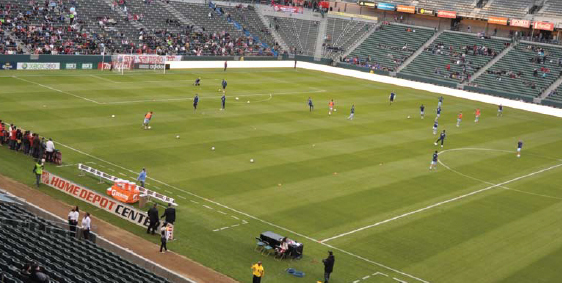 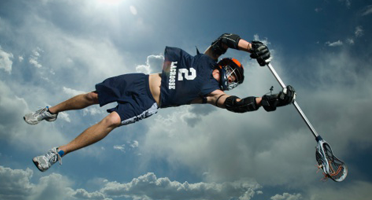