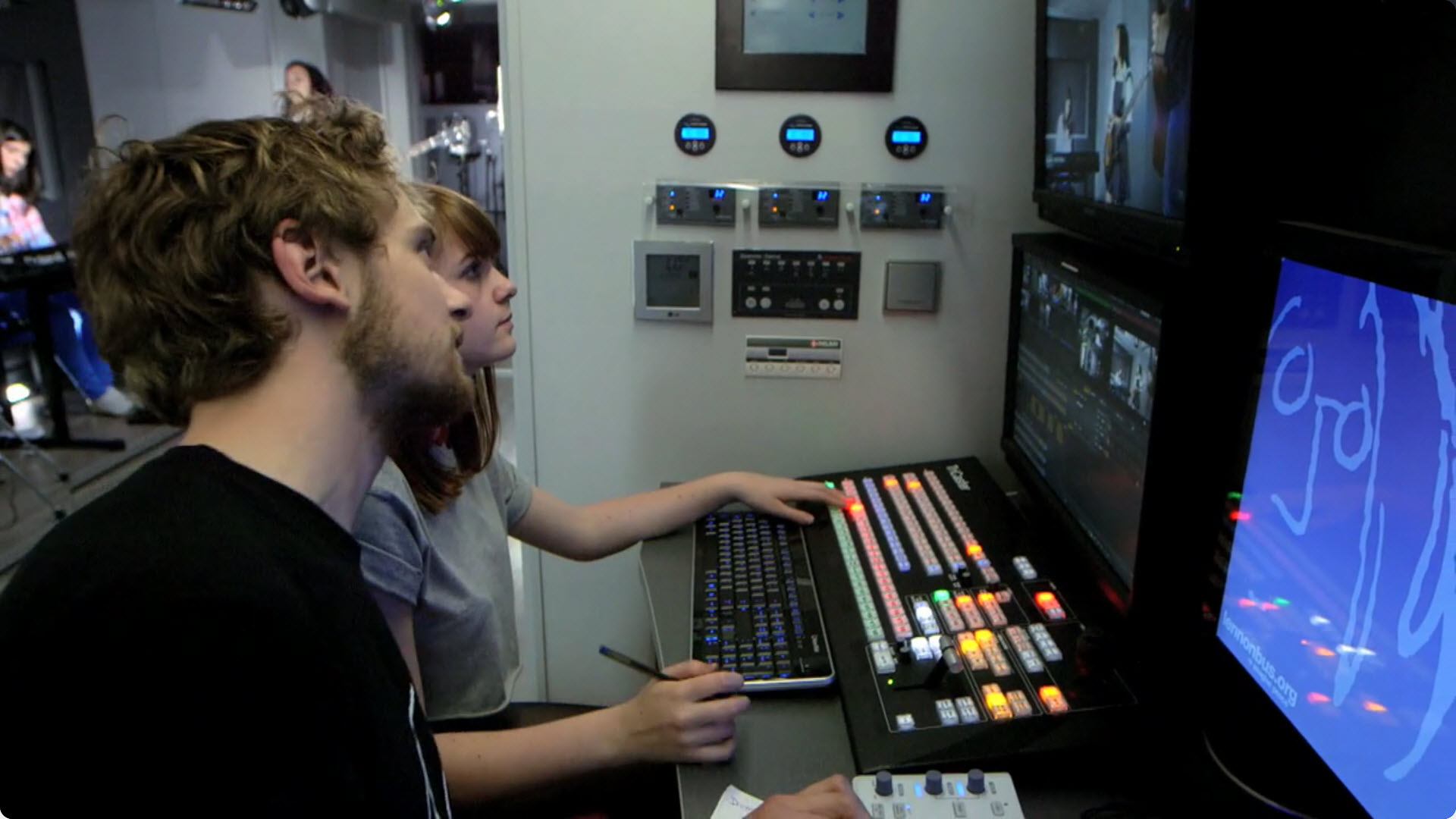 John Lennon’s legacy will live on eternally in his music. But on a more practical level, his spirit has been evoked in the John Lennon Educational Tour Bus. This amazing non-profit project provides young people with free access to the latest professional recording and video production equipment, including a NewTek TriCaster 855 live video production and streaming system, complete with its own intuitive control surface. Providing inspiration, the equipment helps students create original projects, reflective of their ideas, values and creativity.

The first John Lennon Bus hit the road in the US in 1998; developed by Yoko Ono Lennon and Executive Director Brian Rothschild. In early 2013, its European counterpart arrived in Liverpool, John Lennon’s birthplace, to launch a European tour.

Ryan L’Esperance, engineer on the John Lennon Bus, says, “The students are often astonished by the amount of technology in the bus, but they seem to gravitate towards the TriCaster system. They are a bit intimidated at first, but once they get their hands on it, they realise how easy it is to use. They are blown away by how quickly they can start creating content.”

He adds, “The TriCaster allows us to explore [the students’] creativity. We can take multiple camera feeds and show them how they can be cut inside the TriCaster to put out a live stream of an event that’s happening in real time.” 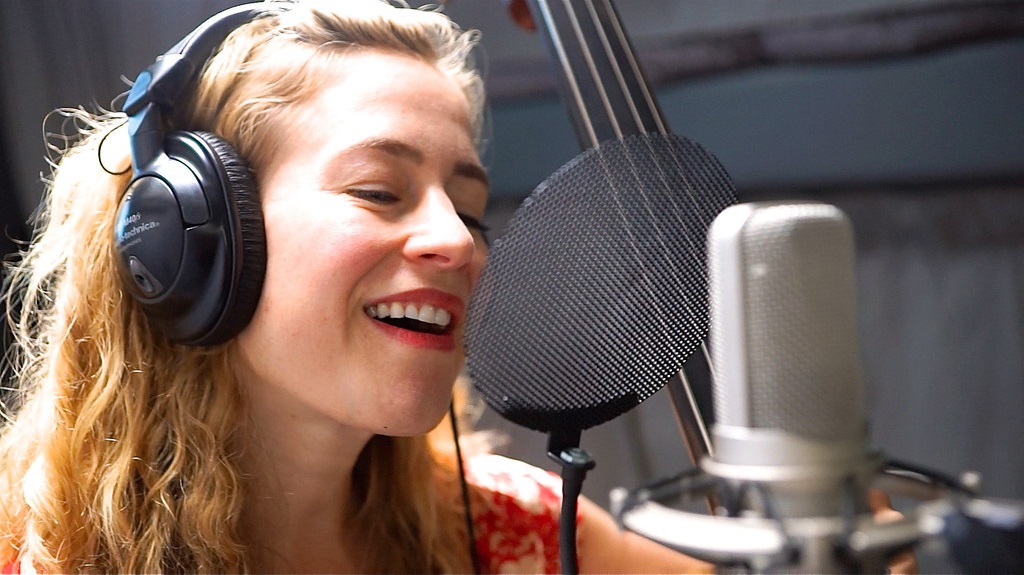 The new bus will travel all over Europe for 10 months a year, providing young people with free, hands-on opportunities to produce original music, video, photo, game app and multi-media projects, utilising technology like TriCaster. The bus is equipped throughout with state-of-the-art equipment that would be the envy of any professional recording facility, thanks to its other sponsors including Apple®, Avid® and Sony®. On board are two recording studios, robotic video cameras, switchable glass doors that change from clear to opaque for privacy, green screen production capabilities, and a Manfrotto Sky Track system for suspending lights, cameras, and speakers. An upper level “Peace Deck” has been created for interviews, live music, DJs and bands.

TriCaster is a pivotal element of the on-board equipment, educating students about multi-media and multi-camera broadcasts, and enabling them to produce live video streamed to the Web in real time. All projects created on board are available for viewing on lennonbus.org, YouTube™ and Facebook. 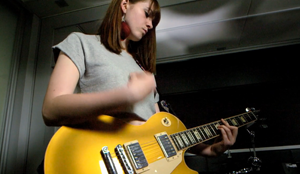 Ryan is also enthusiastic about the versatility of the TriCaster system, and the ability to share media – even transatlantically. “The brilliant part of TriCaster is that we’re able to utilise this facility in the individual rooms on the bus, so we can have an interview happening in the front studio, a band recording in the middle studio, an interview in the green screen studio, and a performance on the roof terrace, and it all comes together inside TriCaster. Another great feature is that we’re able to do cross-continental collaboration with the John Lennon Bus in America. We can have the TriCasters talking to each other through a network input, sharing each other’s programme feeds and utilising each other’s scenes and productions, ” he says.

“NewTek has long been committed to educating the next generation of content creators, and we want to help people get started in the industry,” says Jim Ball, VP Worldwide Demand Generation, NewTek. “When we heard about the John Lennon Bus several years ago, we got together and compared notes with them. It was immediately apparent that we shared the same educational aspirations, and a partnership made perfect sense. The kind of work they do with the students on the bus is outstanding, and it’s a very cool environment to work in.” 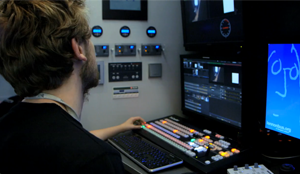 The US Lennon Bus has history as a hit maker, with chart-topping singles from The Black Eyed Peas and Fergie recorded on board. The European edition will also invite big-name recording artists to participate, mentor students, and utilise the facilities throughout its journey. It had one of its first stops at the Meltdown Festival on London’s Southbank in June, which Yoko Ono curated. Artists such as Patti Smith, Thurston Moore, Kim Gordon, Iggy Pop and Savages performed at the festival with guitarist Earl Slick visiting the bus and having an impromptu jam session with a group of refugee teenagers. The tour, which has just visited schools in Dublin and Cork, aims to see over 100,000 children and students over the next 10 months, providing free workshops and taking part in music and technology events.

“The partnership between the John Lennon bus and NewTek is such that we are committed to inspiring the next generation of video producers,” says Ryan. “It’s so cool to see another company get as involved in education as we are.” 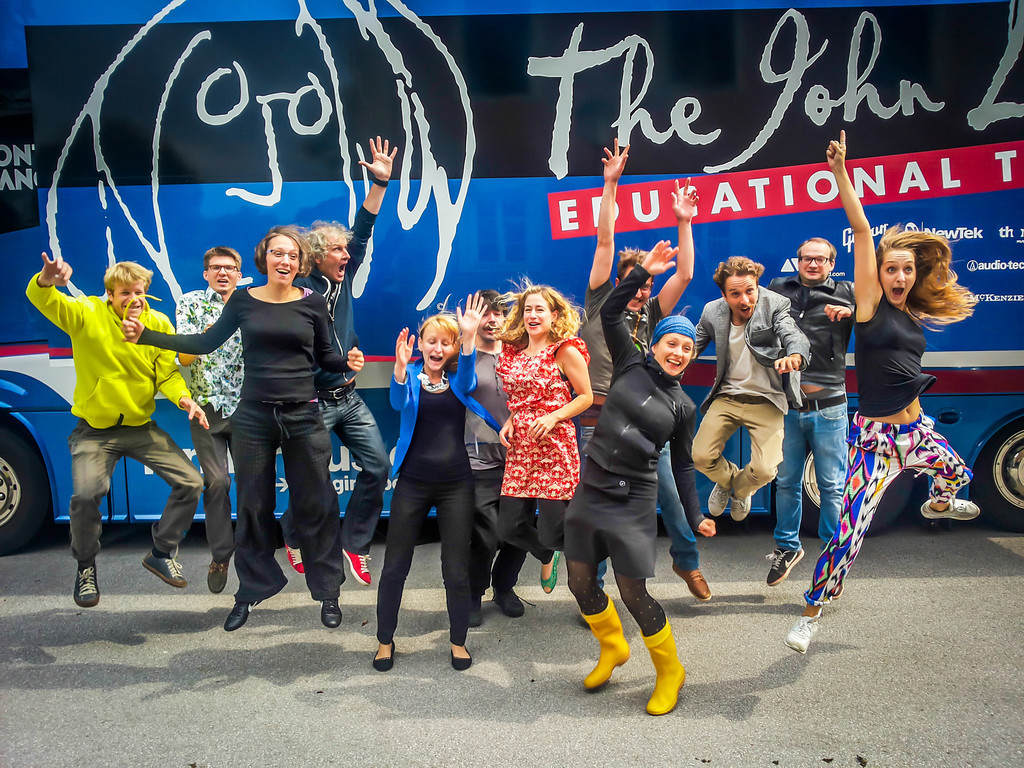