In sports, it pays to play with the right equipment. That is why the Derby County Football Club decided to make a significant investment in their live production equipment, in order to produce higher quality content on match day and for on-demand subscribers. They were looking for more effective ways to engage with a broader range of fans, while increasing revenue opportunities. Fulfilling these needs created a whole new ballgame for the Rams. Sometimes, winning is everything.

Derby County Football Club, known as the Rams, is an organization with clear ambitions to grow. Currently competing in the English Championship, it is one of the largest clubs outside the Premiership in terms of facilities and fan base; it boasts 17,000 season ticket holders, an average match day attendance of 24,000, and a global fan base of around 300,000. 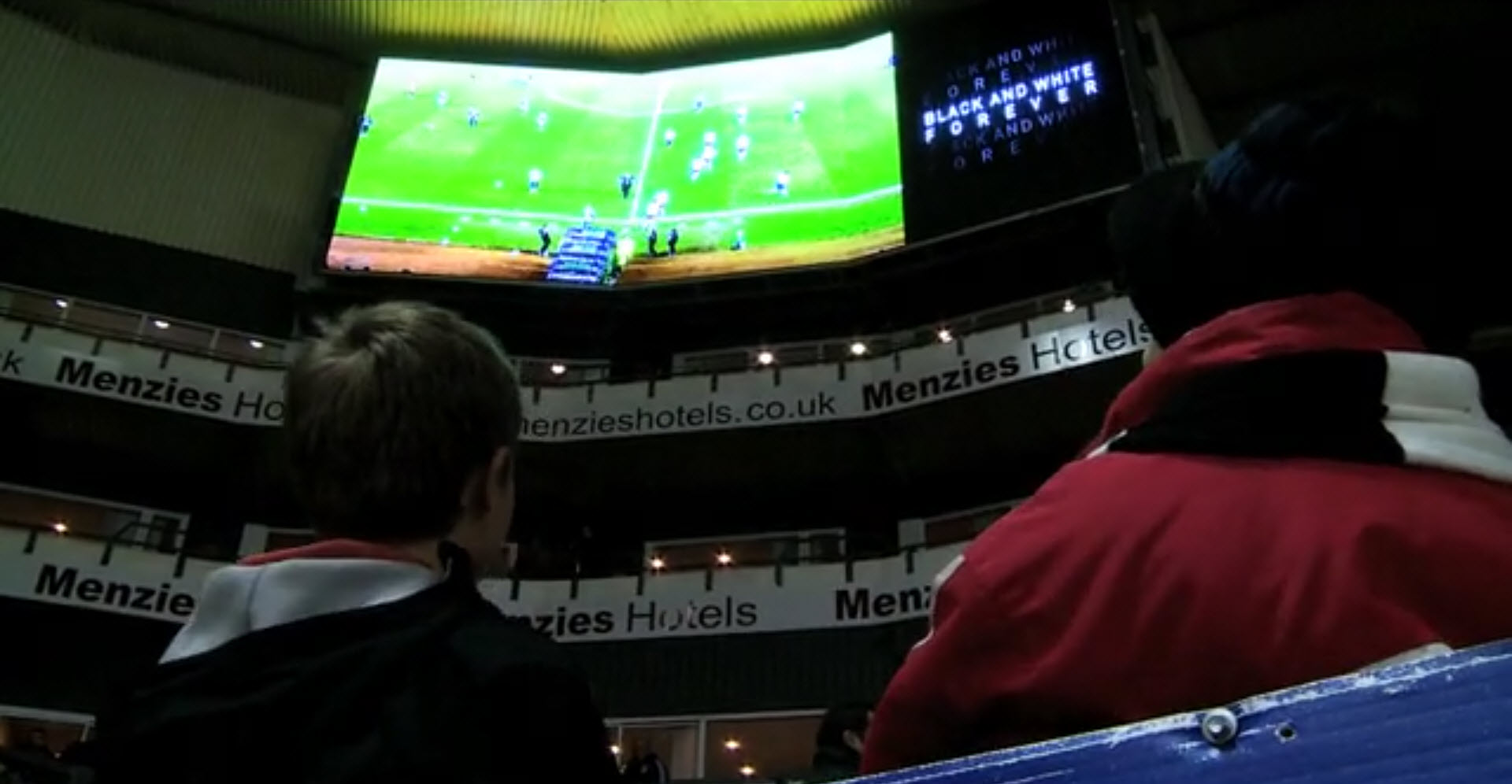 “We have been producing video content for some time, but with fairly limited equipment,” says Matt Reeder, Derby County’s Multimedia Manager. “We wanted to replicate the look and feel of professional live TV broadcasts, so when we went to tender on the production upgrades we looked for the best possible broadcast quality within our budget. We also wanted tools that would give us the ability to be more creative and flexible with our content. We looked at several different live production solutions and found that TriCaster and 3Play was by far the best for Derby County’s requirements.”

Since installing the TriCaster the quality and quantity of Derby County’s video output, from live match day coverage to pre-recorded packages, has been transformed.

“The TriCaster has allowed us to provide much more varied coverage [of a match] with the ability to have multiple camera feeds. This has allowed us to bring fans a broader look at each game, both on a match day and on our website afterwards,” Matt says.

Derby County particularly wanted to improve two key elements of its broadcasts: the on-screen graphics, and the transitions between pre-produced and live content. 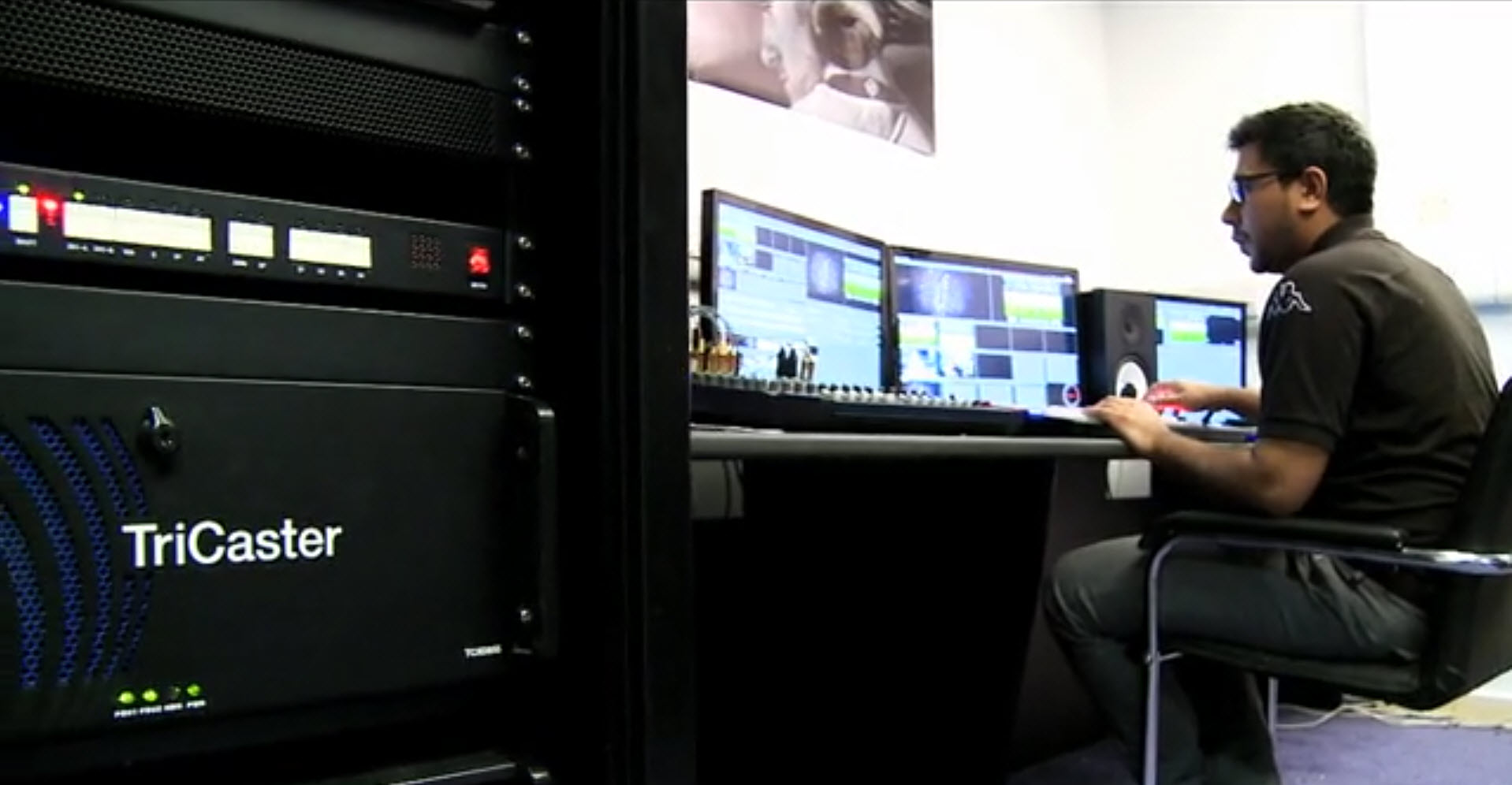 Matt states, “TriCaster brings a slickness and creativity to our broadcasts that we were missing before. One of the unique parts of the TriCaster is that it offers pre-loaded, high quality transitional elements that we hadn’t had access to before. Now we can knit together our pre-produced content and live content in a much more polished manner.” The team also initially used the pre-installed on-screen graphics that best suited their live productions, then once they grew confident with the system the team developed their own graphics and uploaded them easily into the TriCaster.

The production suite is kept busy all week, putting together interviews with players and managers, as well as footage from reserve games and training sessions. This material is cut into packages for the website and for playout on the jumbo screens in and around the stadium during matches.

Of course, match day is when everything really kicks off. “We start much earlier now than we did previously, broadcasting our pre-recorded packages and sponsors’ advertisements, and capturing live pre-game content of the crowd. The fans love to see themselves on the big screens! It’s really increased the level of fan engagement and it brings people in to the stadium earlier than before,” explains Matt. “Then of course the main event is to play out a live 90 minute cut of the game, plus a highlights package at half time, to the jumbo screens, corporate areas and concourses within the stadium.”

Due to football league rights agreements the club is prohibited from live-streaming a full 90 minute match online, but the TriCaster enables the team to cut the show live for the audience in the stadium and also record the live feeds for later use. “We are able to play it out 48 hours after the final whistle, so having the live content there ready to be used and repackaged means less production time on a Monday morning,” Matt explains. “We are able to make minor tweaks and then it’s ready to go to our subscription audience through the Rams Player online portal. We have already seen an upturn of around 25% in global subscriptions, largely due to what we can now achieve with video.”

Derby County’s investment also included a NewTek 3Play to provide instant replay – another first for the club. “We could never play out a goal straight away – now we can,” smiles Matt. “Being part of the NewTek family, 3Play is a great partner to the TriCaster. We did look at EVS and other similar systems but they didn’t offer the usability or the cost-effectiveness that 3Play provided, particularly when combined with the TriCaster - it was just a no-brainer.“soccer

He adds: “The benefits that 3Play have brought us are massive. The instantaneous use of live replays is great, but it’s also given us the ability to be more creative. We can now produce really slick clips and a nice outro of the show post-game, replicating that professional broadcast look we wanted, and all powered by 3Play.”

The improved production facilities have also enabled Derby County to enhance its offering to sponsors and advertisers. As Matt explains, “Previously we were quite limited in what we could sell for match day advertising and sponsorship; the showcasing of a sponsor or advert in a stadium this size is key, so when potential clients come here they want to see how they can get their brand out. Now that we have the TriCaster, our corporate hospitality teams can confidently go out and pitch an offering of prominent, high quality HD content on several platforms – on the big screens, in the concourses and the corporate areas.”

Jimmy’s World Bar & Grill, a recently opened restaurant in Derby, is one of the club’s newest sponsors. The production team plays out the restaurant’s pre-produced ad around the stadium, but the live production element has also enabled them to add an interactive element before the match. “We have a promotion called ‘Jimmy’s Seat Upgrade’ where a fan is picked randomly to move to a premium seat right behind the team dug-out – the team mascot comes and leads them to their seat, and it’s all captured and shown on the big screen,” Matt says. The restaurant also has a running offer whereby if Derby County wins, fans receive 50% off their meal bill after the game; this offer is showcased with smart graphics played out via TriCaster throughout the stadium. 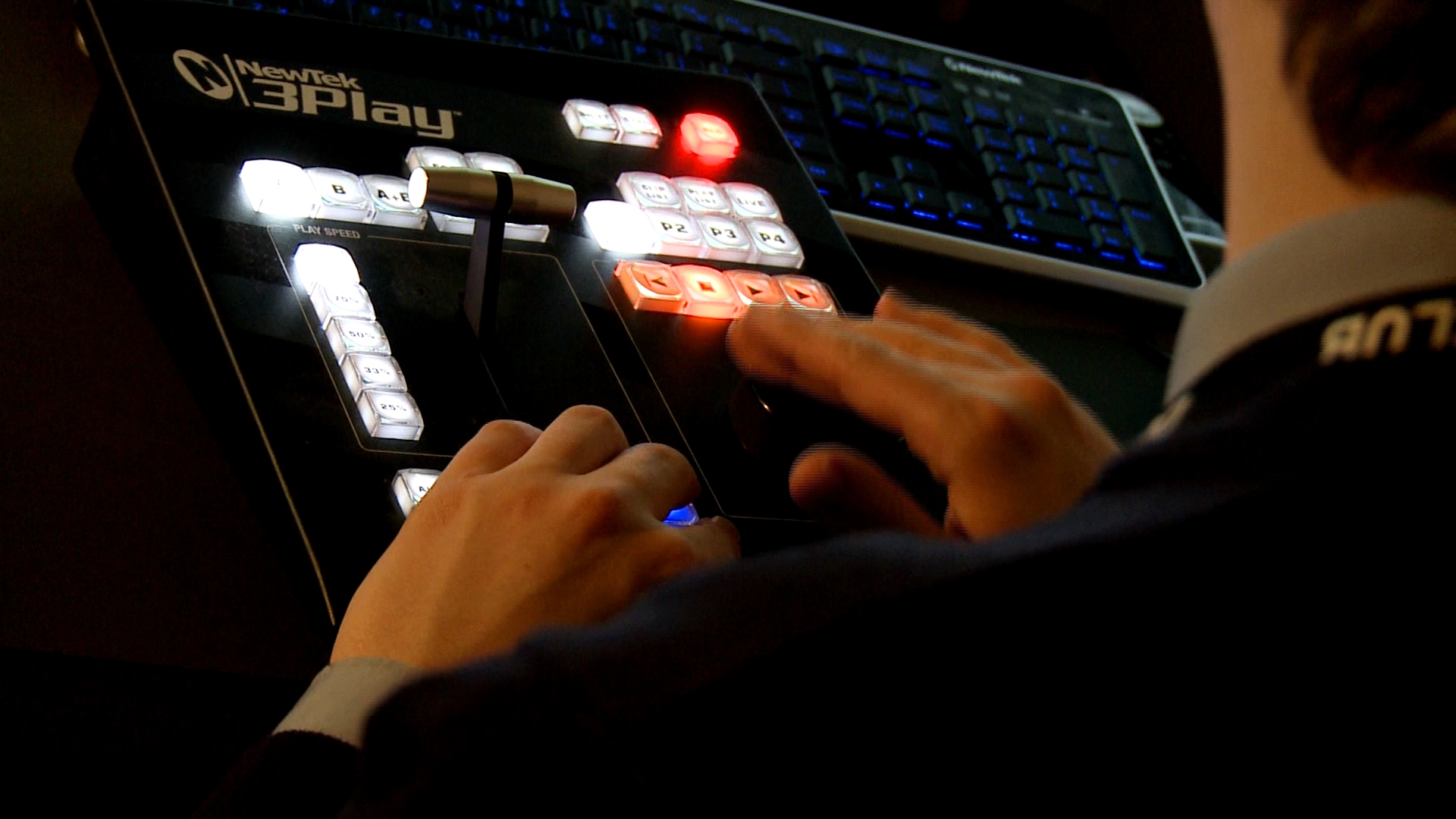 In a relatively short space of time, Derby County has transformed the way in which it communicates, thanks largely to the NewTek products. “The TriCaster and 3Play systems have enabled us to reach and even exceed our current goals. We can now reach out to and engage with a larger audience, and attract new sponsors to support the club, all by creating compelling, high quality live productions,” Matt states.

So what’s next for Derby County? It shows no signs of resting on its laurels, as Matt sums up: “We want to be the most forward thinking club in the Championship and NewTek will allow us to do that.” 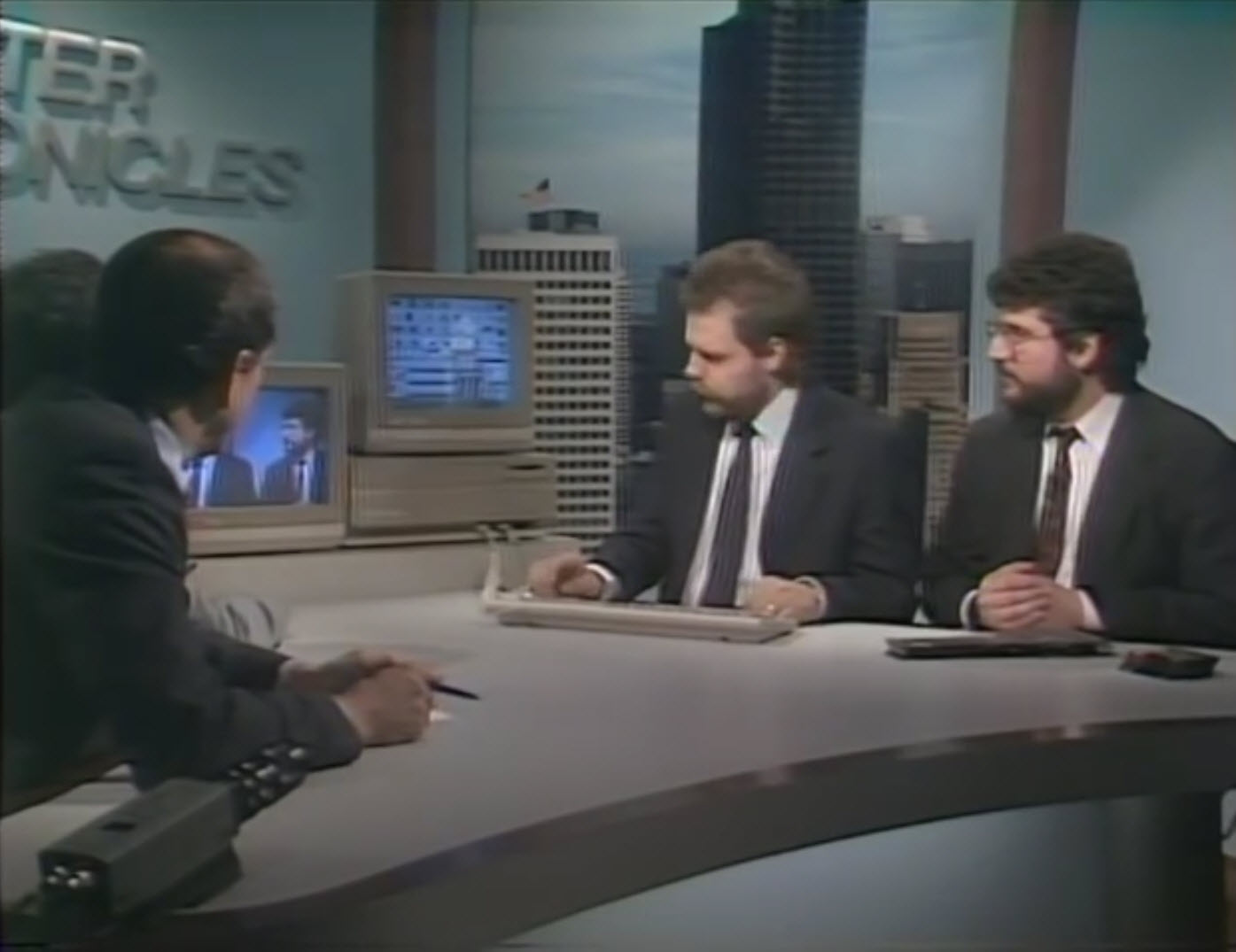 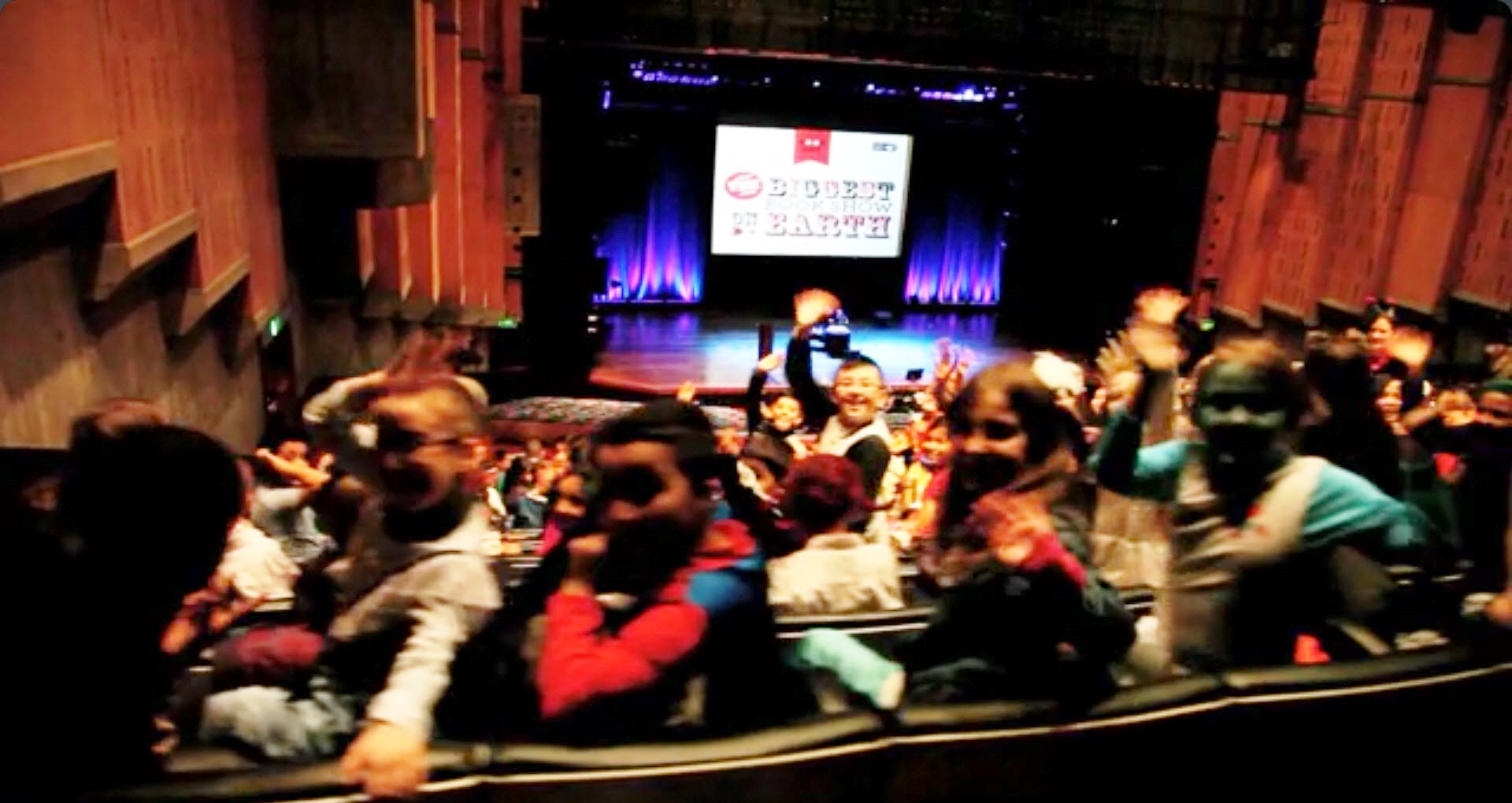 Sending Stories Around the World - The Biggest Book Show on Earth